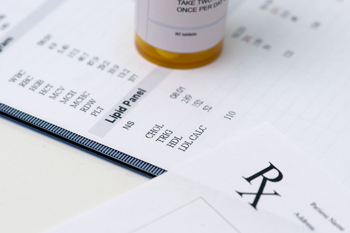 When it comes to LDL cholesterol — the “bad” cholesterol — experts agree that lower is better, especially when it comes to preventing heart attacks and other “cardiovascular events” among people who already have heart disease. Most of the time, people with high cholesterol and coronary artery disease (CAD) can lower their LDL levels by taking one of the multiple commonly prescribed statin drugs.

But for about one out of every five people with CAD, statin therapy doesn’t lower their cholesterol levels at all. And a study published in February found that these “statin nonresponders” also had a faster buildup of plaque in their arteries than the people who responded to statin treatment.

As of this summer, there is likely to be at least one, and probably two, new medications available for these patients — with the promise of more to come. They’re part of a new class of drugs called PCSK9 inhibitors, and they’re likely to make some dramatic changes in how cardiovascular disease is treated.

PCSK9 inhibitors inactivate PCSK9, allowing LDL cholesterol to be more efficiently swept from the bloodstream. And the Food and Drug Administration is due to make a decision about approving two of these drugs this summer: Sanofi’s alirocumab (Praluent) on July 24, and Amgen’s evolocumab (Repatha) on August 27.

Most experts think these drugs are likely to be approved, especially based on the results of three major clinical trials presented at the American College of Cardiology’s annual meeting in March.

Participants in these large trials all took a statin in combination with either a placebo or one of the two PCSK9 inhibitors. One year later, patients taking a PCSK9 drug had 60 percent lower LDL levels than those taking placebo. Now, lower LDL is all fine and dandy, but what about actual health outcomes? In a follow-up “extension” trial, patients taking evolocumab were about half as likely to die, have a heart attack or stroke, or be hospitalized than those taking a placebo. (The outcome results on alirocumab are still in development and not expected until 2017.)

“We won’t have any definitive answers until this larger trial we are doing is complete, but these data now give us a sense for the potential clinical benefit of these drugs,” Dr. Marc Sabatine, a senior cardiologist at Brigham and Women’s Hospital in Boston and a lead investigator on the evolocumab trial, known as OSLER, said in a statement. “We know from previous research that evolocumab lowers LDL cholesterol, but these data offer support for their potential to reduce major adverse cardiovascular events in our patients.”

But statins have been around a long time, and they’re relatively cheap, particularly because generic versions are available that can cost as little as $4 a month. Experts predict that PCSK9 inhibitors may cost anywhere from $7,000 to $13,000 a year. Considering that 25.2 million people take statins now, that’s a pretty hefty price tag for insurance companies — not to mention patients themselves, who are likely to have to shoulder a greater percentage of the cost for these medications, considered “specialty” drugs, than they do for statins.

That probably means that PCSK9 inhibitors will be limited to certain groups of patients: those with a genetic disorder involving high cholesterol, known as familial hypercholesterolemia; people who still have high LDL cholesterol levels even after taking statins; and people who cannot take statins due to their side effects. But that population alone will probably number in the millions. And if competing products (of course other drug companies are chasing this golden goose as well) come to market, that will probably lower the price and make these drugs more palatable to the people who pay for them.

Just how good PCSK9 inhibitors really are at not only lowering cholesterol, but cutting the risk of heart attacks, strokes and death — the real goal here — won’t be known until around 2017 or 2018, when the long-term outcomes of the large studies are reported. But if they come anywhere close to meeting their early promise, these new medications could change cardiovascular care forever.