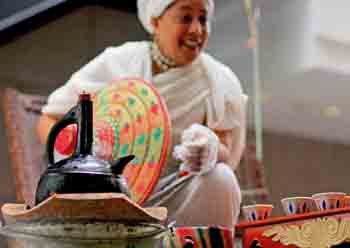 The Embassy of Egypt opens its doors for Passport DC.

Steven Shulman returned to Washington, D.C., in part so he could travel the world. The new executive director of Cultural Tourism DC kicks off his tenure with the organization’s sixth annual Passport DC celebration, a month-long series of international programming in May that includes dozens of embassy open houses.

“One of my great disappointments was that I was in Hollywood when this incredible event was going on, and I loved the international aspect of Washington,” Shulman said, referring to the city in Florida where he spent the past six years improving culture as president of the Greater Hollywood Arts Foundation Inc. “It’s really thrilling to not only be leading the organization that presents it, but to be here and be participating throughout the month.”

Shulman isn’t new to Cultural Tourism DC, an independent nonprofit coalition of more than 230 organizations aimed at promoting the District’s arts, culture and heritage. Between 2001 and 2007, he served on its board of directors and executive committee.

“Serving on the board of Cultural Tourism DC was the best, most fulfilling volunteer opportunity that I have had,” said Shulman, a native of Worcester, Mass., who first came to D.C. in 1993 to run the retail section of the Old Post Office Pavilion. He continued to phone in to board meetings while he was in Florida. “People on the board now knew me as ‘The Voice.'”

Then he saw an ad for his dream job, formerly held by Linda Donavan Harper.

“When I saw that the position was open, I thought, ‘Wow, if I could just get this job, not only would I get back to Washington, which is a great city to live in, but also I’d have one of the best jobs in the city because it involves 230 membership organizations, and it’s impactful,'” Shulman said. 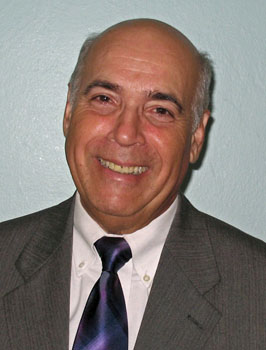 Shulman is no stranger to preserving and advancing culture. Before going to Florida, he was executive director of the American Red Cross Museum in Washington from 1998 to 2005, which he helped launch. He also established First Aid for Fine Art, a fundraising program to support the conservation of more than 41,000 objects. After Hurricane Katrina hit the Gulf Coast in 2005, he helped assess damaged museum collections for the American Association of State and Local History. That experience led Shulman to found Our Heritage Vault Inc., which digitized family photographs and documents and published an electronic magazine with tips for preserving, securing and sharing family memorabilia.

Shulman officially took over as executive director on April 1. His immediate plans include setting a new strategic plan for Cultural Tourism DC and finding ways to celebrate D.C.’s neighborhoods, which he said have changed immensely since he was last here.

The area north of Massachusetts Avenue “was a vast wasteland that was just — there was nothing there. Everything was torn down when I left the city six years ago,” he said. Also, “the area around the [Nationals] ballpark wasn’t there and now there’s a ballpark and buildings and apartments.”

“One of the things that I hope we’ll be able to do is help those newly emerging neighborhoods to become a neighborhood,” he said, citing the need to support performing arts centers. “Great neighborhoods happen when people care about the neighborhood. It’s one thing to have a great new building and amenities and all that, but the soul is when people are out there and they’re doing things and they appreciate their neighborhood. They tend to take care of it better that way too.”

Another important characteristic of Washington is its diversity, Shulman said, which Cultural Tourism DC highlights by showcasing neighborhoods, events and museums off the beaten path of the National Mall. In particular, the group’s forays into the city’s diplomatic scene have been a huge hit. Its signature Embassy Chef Competition and Passport DC have become popular annual traditions, steadily attracting more people each year.

“I think it’s the blend of D.C. being a global city that attracts people from across the globe,” Shulman said. “It’s totally American with a heavy influence of the nations of the world. People that come to D.C. bring part of home with them, so that we who live and work here get to experience a little bit of the world almost at every street corner. That’s what D.C. really captures and celebrates.”

As in past years, a highlight of Passport DC is its embassy open houses. The popular Around the World Embassy Tour features 44 embassies this year — including Afghanistan, Ghana, South Korea and Ukraine — and takes place May 4. Thousands of participants line up to enjoy offerings such as wine and food tastings, karate demonstrations, sari-wrapping lessons and henna applications. Then on May 11, the European Union’s Shortcut to Europe opens the embassy doors to the bloc’s 27 member states, as well as future member Croatia and the EU Delegation office in Washington. 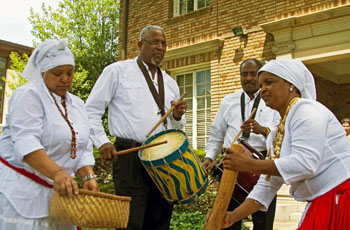 Another perennial favorite is the Fiesta Asia Street Fair, which will be held May 18. This year’s month-long international showcase also includes the Quinoa Tour. Inspired by a U.N. resolution designating 2013 as the International Year of Quinoa, the Embassy of Bolivia is spearheading a committee that includes six other quinoa-producing nations — Argentina, Brazil, Chile, Ecuador, Peru and Venezuela — to promote the value of the grain not only from a health standpoint, but from a production and economic perspective, too.

The Mexican Cultural Institute has participated in Passport DC since it began. This year, it’s presenting “Codex Mexico,” an exhibition of artisan books, and will be serving aguas frescas, drinks made of fruits or infused with flowers such as hibiscus. Live traditional Mexican music will also be played.

“As every year, we hope people take away some idea of the cultural richness of Mexico,” said Nathan Keegan, cultural media liaison at the institute. “We really are blessed to be a country of considerable culinary and wider cultural heritage, and it’s not something that’s just confined to the trappings of the U.S.-based Mexican culture with which many here are familiar.”

Shulman said that Passport DC is as much an opportunity for Americans to learn about other cultures as it is for embassies to promote those cultures.

“We think that this is a way in which to showcase the embassies and,” he said, “putting people in front of their doors and when a person goes in, they have an opportunity to sell what they do and what their specialty is.”

May 1 to 31
throughout Washington, D.C.
For more information, please call (202) 661-7581 or visit www.culturaltourismdc.org or www.passportdc.org.