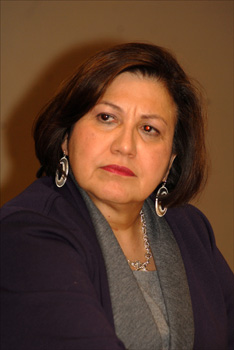 As permanent U.S. representative to the 34-nation body, Lomellin — a Mexican-American and native of Chicago — holds the rank of ambassador. Prior to her nomination by President Obama and confirmation by the Senate late last year, Lomellin was director of outreach at the OAS Department of External Relations. And before that, she spent 11 years as executive secretary of the organization’s Inter-American Commission of Women.

All of which is why Lomellin thinks she has a unique perspective on a Washington-based behemoth whose critics say is wasteful, unmanageable and increasingly irrelevant. In fact, leaders of more than 30 Latin American and Caribbean nations meeting in Mexico last month as part of the Rio Group discussed creating a new regional organization that could serve as an alternative to the OAS — one that wouldn’t include the United States or Canada. (As of press time, the new group hadn’t been named, though leaders say it will be launched next year.)

Lomellin says she understands the complaints against the OAS, some of which are justified while others are not.

“Having been inside the OAS, I can say they do very good work. However, I also see its shortcomings. I feel it really has to take a much stronger leadership position,” she said, warning that “the organization is awash in a sea of mandates that have mushroomed and ballooned, and once again it’s in a very serious financial crisis. If this crisis is not resolved in the next few months, it’s very possible that the OAS will have to cut about 20 to 25 percent of its staff. It would lose a lot of very good people.”

Noting that the OAS faces a .6 million budget shortfall for 2011, Lomellin said “there’s been no real increase in the budget in many years,” even though other organizations like the United Nations have seen substantial increases over time.

The OAS, founded in 1948 as a hemispheric bulwark against the encroaching spread of communism, operates on an annual budget of 8 million. That’s a tiny fraction of the U.N.’s billion biannual budget for 2010-11, and a pittance compared to the 8 billion President Obama wants to spend on American defense in fiscal 2011.

“However, helping the OAS come out of this crisis shouldn’t be a matter of just opening up a checkbook and writing checks,” according to Lomellin. “It’s about taking on responsibility, analyzing its many mandates, focusing on what it does well, and getting rid of those mandates that are perhaps outdated or those that other organizations can take on. There must also be increased transparency in hiring and in how decisions are made.”

In a phone interview from Chicago, where she was traveling on business, Lomellin noted that Chilean diplomat José Miguel Insulza is unopposed in his bid to be re-elected March 24 for another five-year term as secretary-general of the OAS. But she’s not exactly thrilled with Insulza. 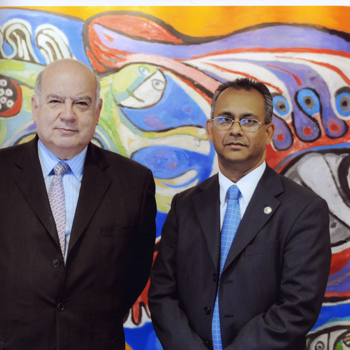 “His tenure has been a bit of a disappointment,” Lomellin told The Diplomat. “There should have been a more robust defense of democracy in the region. A situation like what happened in Honduras could possibly have been averted if the appropriate work had been done on democracy.

“What’s going on in Venezuela is a shame. Democracy is slowly being eroded [under President Hugo Chávez],” she added — although the OAS has taken some steps to confront Chávez, issuing a blistering 300-page report in late February criticizing the government’s constraints on free expression, public protests and opposition politicians.

Lomellin noted that democracy is also being endangered in Ecuador by President Rafael Correa. “It’s unfortunate when you start taking people’s rights away, such as freedom of the press. This is indeed happening in Ecuador. The OAS has very important tools at its disposal to take a leadership role, especially in the area of democracy. The Democratic Charter must be used, shared and debated.”

The United States currently bankrolls 59.7 percent of the total budget — a burden unlikely to go away anytime soon, considering that the United States is by far the economic powerhouse of the Western Hemisphere.

“According to the OAS charter, quotas are supposed to be allocated based on ability to pay. However, there has been some talk, especially on Capitol Hill, about reducing our quota to below 50 percent,” said Lomellin. “At this point, it would be problematic because of the [organization’s] current economic situation.”

In 2009, the OAS grabbed more than its share of headlines due to two issues in particular: the debate over whether to rescind Cuba’s 1962 suspension from the body and the Honduran military’s ouster in June of the country’s elected president, Manuel Zelaya.

Dan Erikson is a senior policy analyst at Inter-American Dialogue, which recently hosted a panel discussion with Lomellin and the U.S. ambassadors to four Andean countries: Colombia, Ecuador, Venezuela and Peru.

“The OAS is only going to be as effective as its member states want it to be — and I don’t think there’s a clear consensus in the region about the desire to have a strong OAS,” he explained in a subsequent interview. “Some countries, in fact, prefer a weak OAS. That’s certainly true in the case of Venezuela and others that might find themselves targeted for criticism by the OAS.”

To that end, Erikson believes the organization’s inherent weakness “stems from disagreement in the region about how to deal with challenges such as the Chávez phenomenon, the recent coup against Zelaya, or the consolidation of power by Nicaragua’s Daniel Ortega. Ultimately, Insulza is not emboldened to take action beyond what the member states will allow. If member states are divided or propose weak policies, then it’s going to undermine Insulza’s position. So it’s a little unfair to blame Insulza for the failure of the OAS to protect democracy in these countries. Really, it’s a wider failure throughout the region as a whole.”

No matter who runs the OAS, it’s not an easy job. One of the biggest problems, said Lomellin, it that “the OAS has never been able to tell its story properly.”

“They have a lot of technical people, but not necessarily marketing people, and this is a marketing issue,” she explained. “For example, look at the work of the Inter-American Commission on Human Rights in the area of democracy and political participation. And the only treaty in the world that specifically addresses the issue of violence against women is an OAS treaty. It was approved by the General Assembly in Brazil in 1994.”

Yet with only three weeks remaining until the election, it’s doubtful anyone will emerge to challenge Insulza.

“I don’t think the U.S. would put forward another candidate. If we did, it would be an American, and that’s not going to happen,” Lomellin said. “The government would have to present a candidate, and the clock is ticking. But there are many talented men and women out there. Frankly, I’d love to see a woman at the helm of the organization.”

Said Erikson: “Candidates could still come forward, but if you open the race to more candidates, it could become a Pandora’s box. While the United States might prefer a secretary-general who is much tougher on issues of democracy with respect to Venezuela, it’s entirely possible that [a left-leaning bloc led by Chávez] could put forward its own candidate who would be more antagonistic to the U.S., and that would create a free-for-all.”