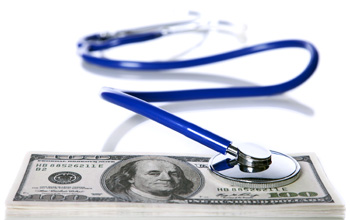 I can get similar price information within minutes for everything from sneakers to refrigerators to a garden shed. Some of it might require me to actually walk into a store rather than surf the Web, but it’s out there, in plain sight.

But until recently, the “real” costs of medical care — what a colonoscopy at Suburban Hospital, or Inova Fairfax or Georgetown might cost if you paid out of pocket, vs. the negotiated rate that your insurance company might pay for the same procedure, vs. the rate that the hospital gets from Medicare and Medicaid — has all been shrouded in mystery. One thing is certain: The uninsured, the group least likely to afford medical care, are charged the most.

And you think the prices I found for that case of Fiji water varied widely between the bargain at Costco and the high-priced option at Sears? That’s nothing compared to the pricing whiplash at hospitals across the country, even those that are only a few blocks apart.

Depending on the hospital and on who’s paying, the cost of a hip replacement operation can run from around $10,000 to around $100,000, according to a study published in February in the Journal of the American Medical Association Internal Medicine. Getting your appendix out? That can vary by a multiplier of more than 100: A study published last year in the Archives of Internal Medicine found that appendectomy costs ranged between $1,529 and $182,955 — and that was just in California!

And in August, a Phoenix surgeon named Jeffrey Singer detailed in the Wall Street Journal how he negotiated pricing for a simple hernia operation with a patient who had a high-deductible insurance plan. The patient was originally asked to pay his “estimated portion” of the “list price” for the surgery in advance. The insurance company, the hospital estimated, would pay only about $5,000 of the cost of the procedure; the patient was asked to cover the remaining amount, a staggering $20,000.

Of course, a hospital’s real price for a hernia operation is not $25,000. That’s no more a true price than a hotel’s “rack rate” is. It’s just a starting point for negotiations — but those negotiations usually are with insurance companies, not with patients directly. But in this case, Dr. Singer struck an agreement with the man to be a “self-pay” patient, and they negotiated their own price: a total of just over $3,000 for all services, cheaper than his original co-pays.

It was Time magazine that revealed the stunningly arbitrary nature of health care pricing — and the obscene profits some supposedly nonprofit hospitals are raking in — in Steven Brill’s March cover story “Bitter Pill: Why Medical Bills Are Killing Us.”

Other reports have found similarly shocking price tags hidden among indecipherable hospital codes. CNN, for example, discovered a hospital charge of $1,000 for a toothbrush and $140 for a pill of Tylenol. As Brill asked, “What are the reasons, good or bad, that cancer means a half-million- or million-dollar tab? Why should a trip to the emergency room for chest pains that turn out to be indigestion bring a bill that can exceed the cost of a semester of college?”

The discussion on health care pricing was long overdue. The United States now spends roughly 20 percent of its GDP — an estimated $2.8 trillion for 2013, according to Brill — on health care, with little to show for it. Health outcomes are no better in the United States than in many other developed nations around the world. Hence the explosion of medical tourism — Americans are flocking to Europe and nations such as Thailand, Costa Rica and New Zealand to get quality care at a fraction of the cost. That’s because hospitals abroad tend to do something that’s unheard of in the United States: They list their prices upfront.

Is this any way to run a health care system in the world’s richest nation — or to treat the sick people who turn to it for help? Opponents of the Obama administration’s Affordable Care Act, i.e. ObamaCare — whose health insurance exchanges officially roll out this month — argue that the government shouldn’t tinker with the system and that patients should view health care choices as consumers. But how can they be consumers if they have no clue what a procedure will cost, learning the price only after they’ve had it done, often with little choice in the matter because it was life-saving necessity? What other business asks you to make a major purchase essentially blind?

More and more players are starting to say no. In May, the Centers for Medicare and Medicaid Services issued a massive pricing data dump from more than 3,000 medical centers nationwide that accept government-insured patients, listing the cost of the 100 most common inpatient procedures. (You can access it here.)

Around the same time, the Health Care Incentives Improvement Institute (HCI3) issued a report on health care pricing transparency laws that gave 29 states, including Maryland, a failing grade — meaning that they have essentially no laws at all requiring that hospitals, health systems and physicians make their pricing policies public (and, one would hope, somewhat understandable). Virginia was one of four states that got a grade of B for the amount of health care pricing information it requires to be made publicly available, but only two states — Massachusetts and New Hampshire — scored an A.

Some states now seem determined to change that. North Carolina, which flunked the HCI3 scorecard in the spring, passed a law in late August that requires every hospital in the state to publish pricing information on the 140 most common inpatient, surgical and imaging services they perform.

And some hospitals have decided to take matters into their own hands, perhaps seeing transparency as a selling point. On a radio program in the spring, the president and CEO of Miami’s Mount Sinai Medical Center, Steve Sonenreich, pledged to put his own hospital’s rates — not just the unrealistic “rack rates” but the negotiated prices with each and every health insurance company — out in public. (Although the statement generated a lot of buzz — and probably gave the PR and finance staff at Mount Sinai a set of matching headaches — there hasn’t been much follow-up as of four months down the road.)

So are we seeing the demise of the big black box of health care prices in the United States? Maybe. But what effect increasing transparency will actually have on the prices themselves has yet to be seen. As Dr. Peter Ubel, a physician, behavioral scientist and professor at Duke University’s Sanford School of Public Policy, recently pointed out on the popular health care blog KevinMD.com, people don’t “buy health care” the same way they buy bottled water, sneakers or flat-screen TVs.

After all, I know that whether I pay $24.69 at Costco or $42.10 at Sears for my case of Fiji water, I’m getting the same product. But if Hospital A charges $15,000 for a knee replacement, and Hospital B charges $25,000, I don’t know if I’m getting the exact same thing at both institutions. Are the surgeons equally skilled? What about the operating room staff? Do both hospitals have similarly state-of-the-art equipment? Maybe one hospital uses a better quality knee prosthesis than the other?

It’s possible, Ubel says, that some hospitals, health systems and other care providers will simply raise their prices to match their competitors’ prices, reasoning that consumers may assume that a higher price automatically means higher quality. Pricing transparency, he says, will mean little without an accompanying move toward quality transparency.

That, of course, is a lot harder to measure and involves far more variables than simple numbers, dollar signs and decimal points. But Ubel says it’s essential. “Measuring health care quality is no simple task. But if we are going to push for greater price transparency, we should also increase our efforts to determine the quality of health care offered by competing providers. Without such efforts, consumers will not know when, or whether, higher prices are justified.”