On July 7, the Rwandan Embassy invited diplomats to commemorate 28 years of ethnic peace. Visitors heard a detailed account of how Rwandan leaders stopped the 1994 genocide against the Tutsi.

“I urge and encourage our young people present today to embrace your heritage, draw inspiration from those who came before you, and use your talents to build a better Rwanda, a better Africa, and a better world for all of us,” said Rwandan Ambassador Mathilde Mukantabana.

Speeches were also given by Ambassador Hilda Suka-Mafudze, permanent representative of the African Union to the United States, and Cathy Rwivanga, vice president of the Rwandan Community in the United States.

“Liberation was achieved through great sacrifice; sacrifice guided by a vision of a better society,” said Rwivanga. “It is our duty to protect that legacy that has been set… we have to make sure that we are the ambassadors of our country.”

The event also coincided with Rwanda’s National Day, which is celebrated annually on July 1. This year marked 60 years since the country’s independence from Belgium. This event was the first in-person celebration of liberation since the COVID-19 pandemic.

It honored the 66th anniversary of when more than 20,000 women marched to the Union Buildings in Pretoria to petition South African legislation that controlled the migration of black women to urban areas during the apartheid era. The reception also served as a precursor for Hospice of the Chesapeake’s upcoming event, Glow, which celebrates World Hospice and Palliative Care Day 2022 on Oct. 8.

The event opened with words from Hospice of the Chesapeake CEO Michael Brady, followed by remarks from Ambassador Mfeketo about the significance of National Women’s Day and hospice, noting that the majority palliative caregivers in the world are women.

“The whole month of August in South Africa is known as Women’s Month. It is a time during which we pay tribute to women in the liberation struggle— through whose brave actions and sacrifices— South Africans now live in a country which recognizes women as equal citizens, with equal rights and responsibilities,” said Mfeketo. “As we celebrate National Women’s Day in South Africa, we also take this opportunity to thank and honor all those women who work in the care economy.”

The speeches were followed by a candlelit ceremony and a moment of silence to honor caregivers around the world and recognize the women who died during the pandemic.

The reception closed with words from Hospice of the Chesapeake’s Chief Advancement Officer Shauna Chabot, who recognized the hospice agency as one of the first in the country to adopt a sister hospice in sub-Sahran Africa.

Hospice of the Chesapeake— along with Ambassador Mfeketo and Ambassador of the United Kingdom, Dame Karen Pierce­— will partner with Saks Fifth Avenue in Chevy Chase to host Glow, a dinner and fashion show, in October. The fundraiser will bring together members of the community to support hospice here and in South Africa.

“Nature Matters”— a new exhibit that opened Aug. 12, features a collection of paintings, photography and sculpture by eight Taiwanese artists. On display through July 2023 at Twin Oaks, the exhibit is organized by the Taipei Economic and Cultural Representative Office (TECRO) mission in Washington and the Taiwan Fine Arts Foundation.

Its aim: to show through art how humanity coexists with other creatures in nature.

“This year, the theme is about understanding the environment, and the impact that environment is having on our lifestyle,” said TECRO Representative Bi-khim Hsiao, Taiwan’s de facto ambassador to the United States, at the inauguration ceremony.

The exhibit’s art  provides a unique perspective on the interdependence of all things in nature, the link between human beings and the environment, and the boundaries of our rights to use natural resources.

Artist Yosifu Kacaw, who was at the opening ceremony, discussed two of his paintings, Green Tears and Songs of the Coral Reefs.

Songs of the Coral Reefs is about listening and paying attention to coral reefs and taking their conversations seriously, and Green Tears is about the reaction to deforestation in Taiwan’s Alishan Range, home to the Tsou people. Kacaw draws inspiration for his creative practices from having grown up in indigenous culture and traveling around the world. His artwork, full of bright, daring colors and distinct themes, provides space for reflecting on humanity’s interaction with the environment.

The exhibit opens amid rising tensions rising between China and Taiwan in the wake of the controversial visit of US House Speaker Nancy Pelosi (D-Calif.) to Taiwan.

“Of course, you’ll understand our country is having a very tense moment right now with facing tremendous pressure,” Hsaio said. “But the people of Taiwan are determined to continue to breathe the air of freedom as we cannot let the pressure stop us from enjoying the beautiful aspects of life—including artistic expression and creativity—because that’s what a free and open society is.” 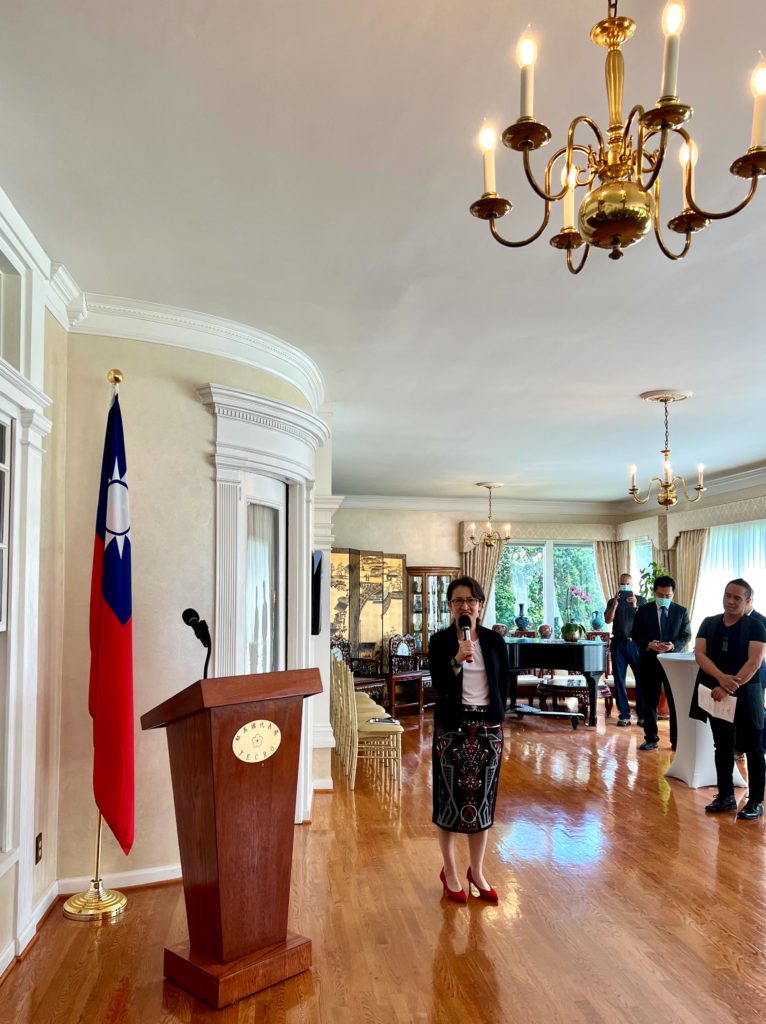 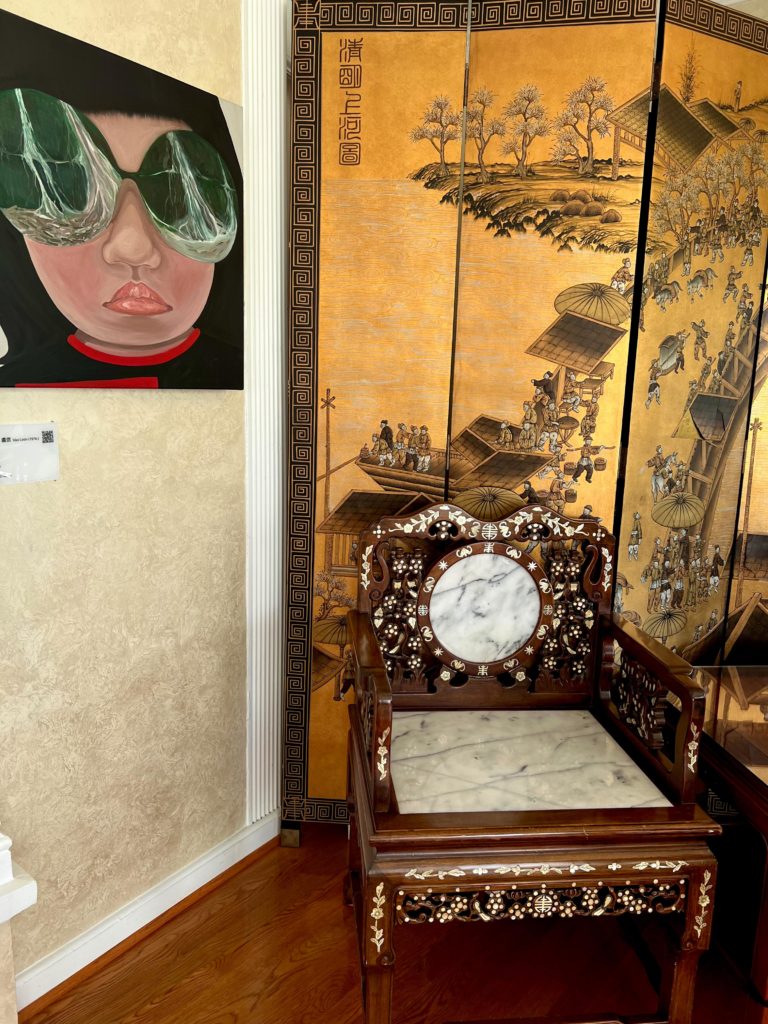 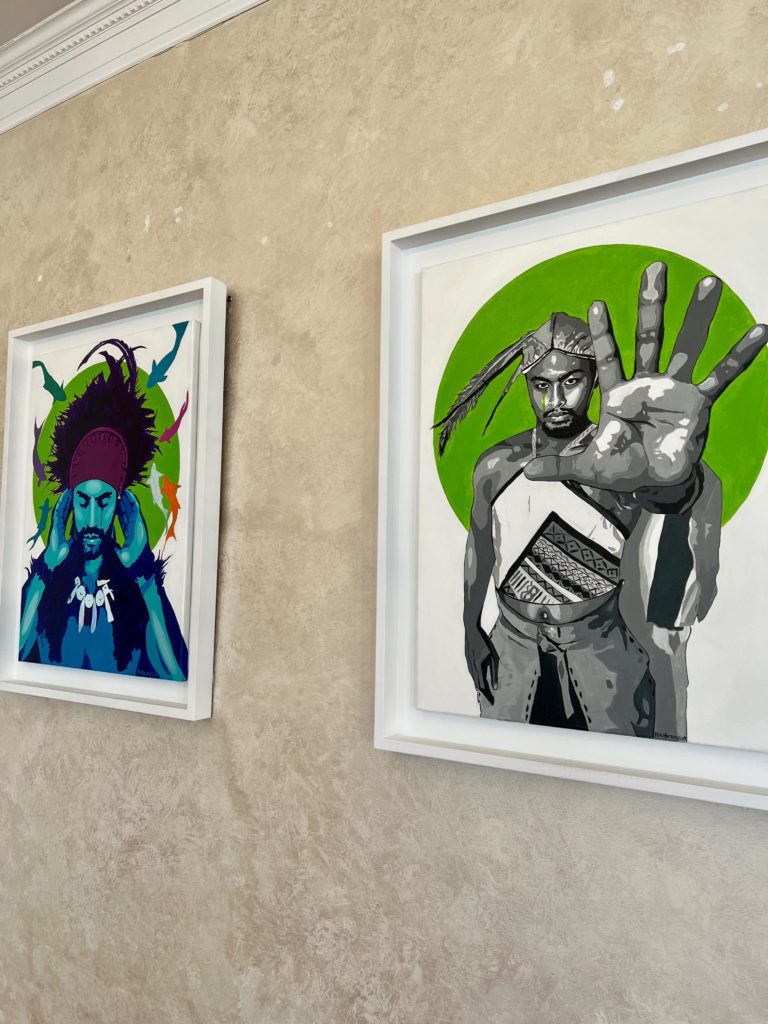 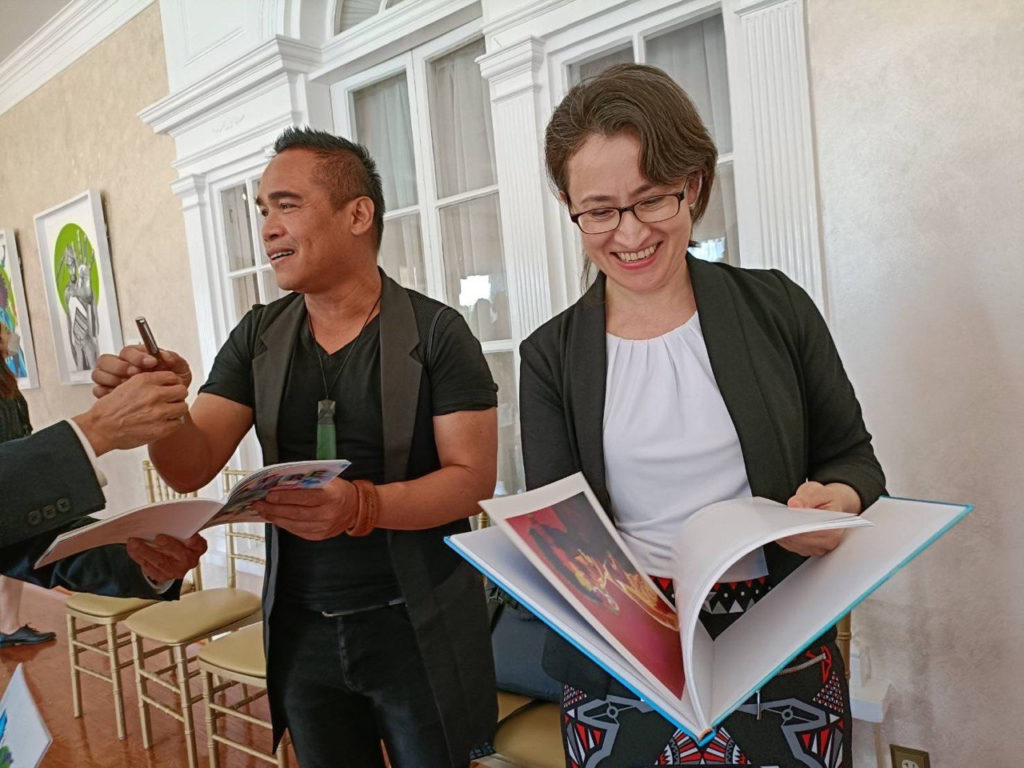 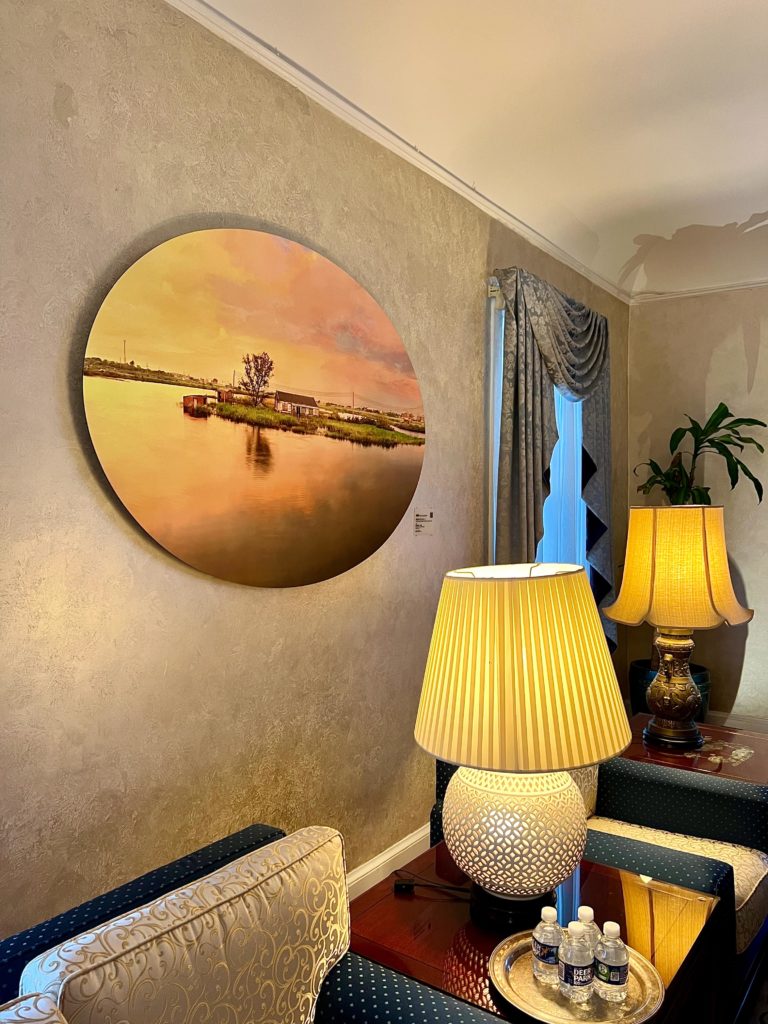 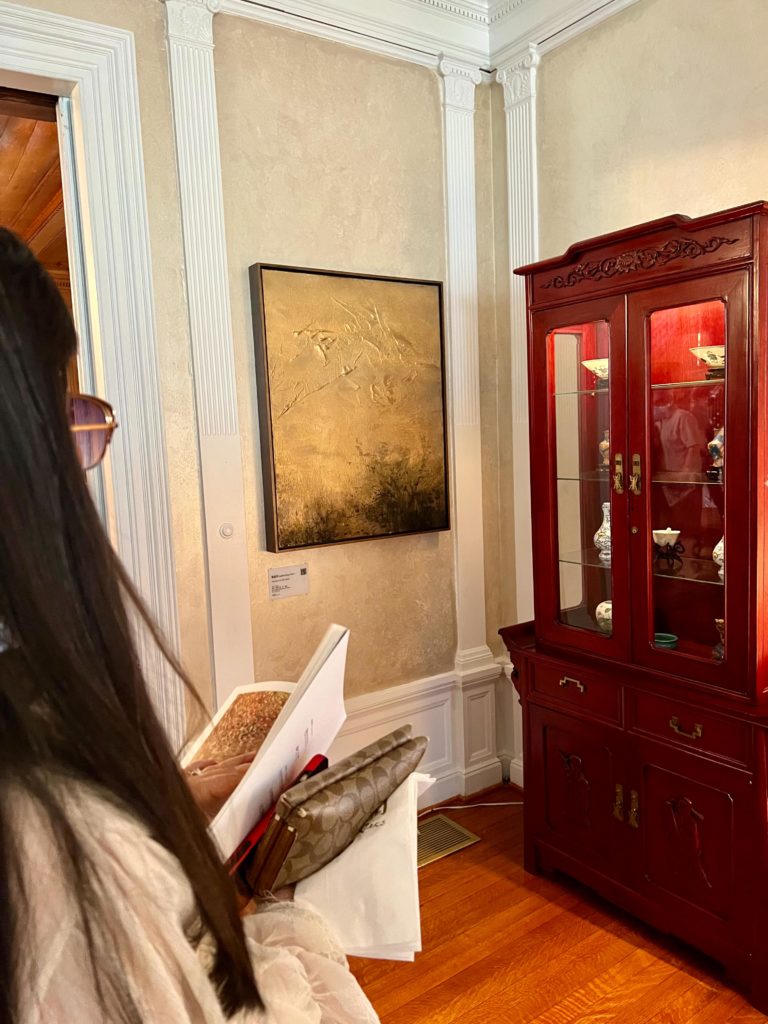 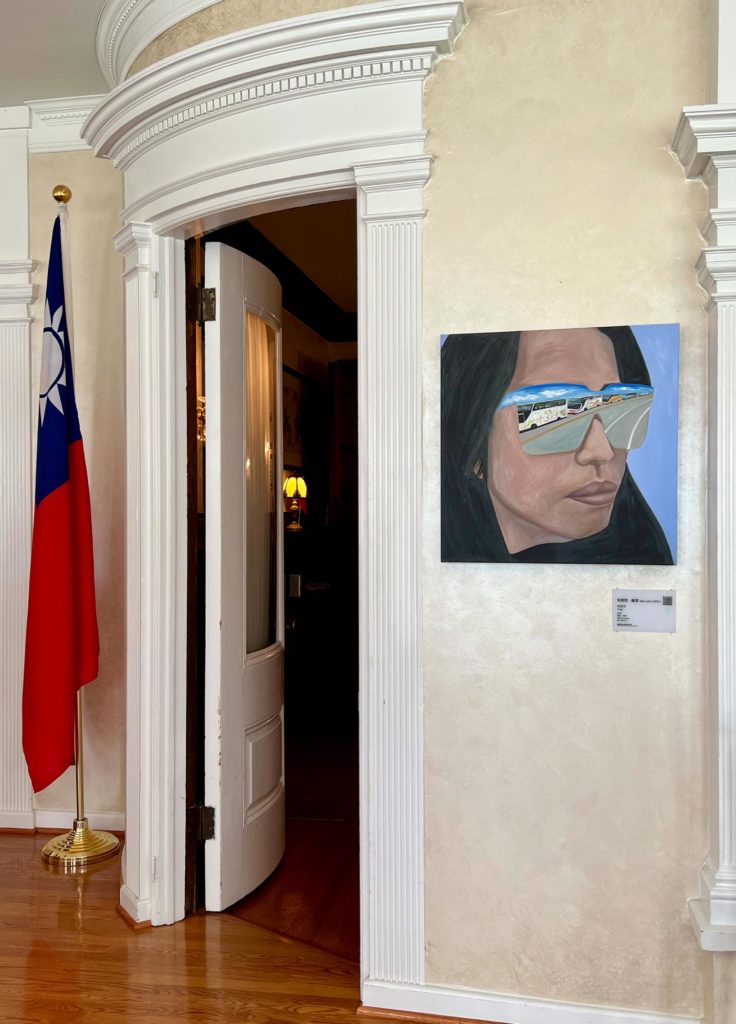 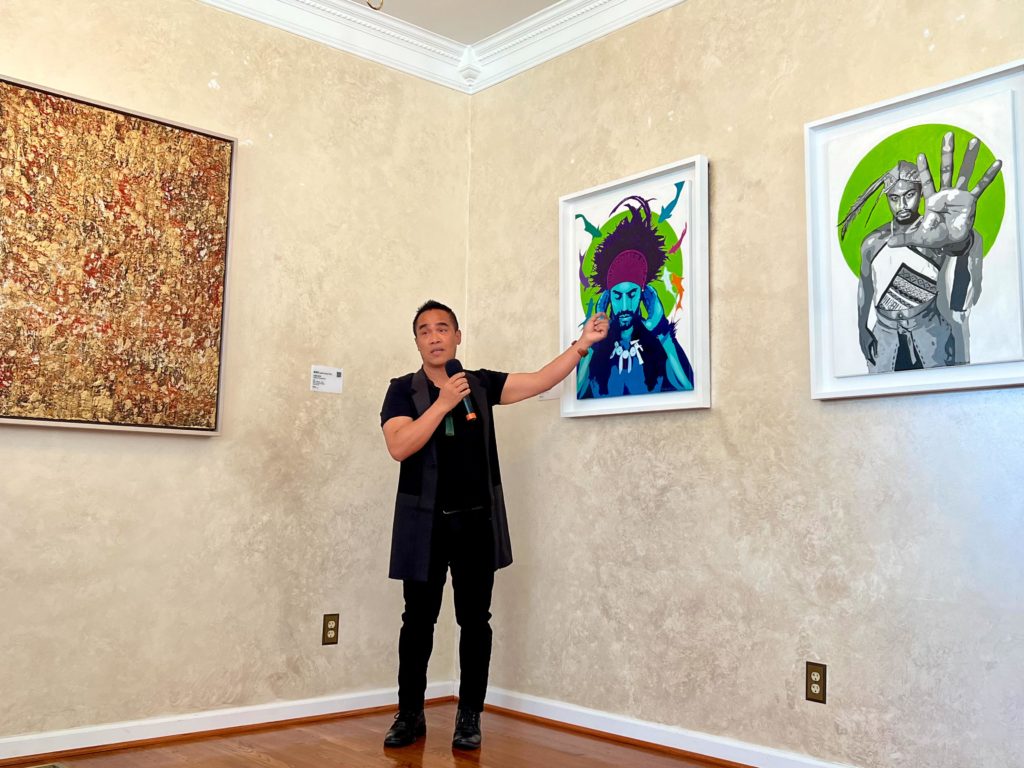 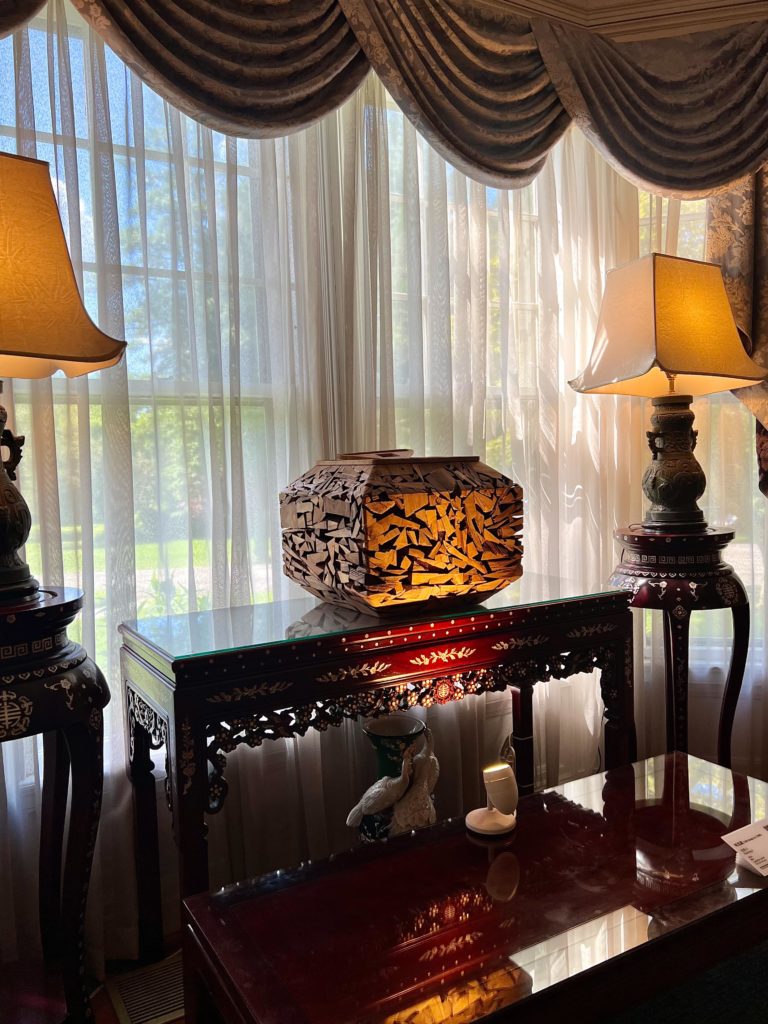