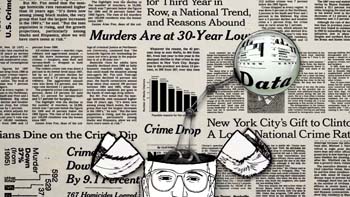 Documentary Showcase Spreads Its Wings in 2010

The AFI-Discovery Channel Silverdocs Documentary Festival, arguably the leading documentary showcase in the nation, returns for its eighth year June 21 to 27 at the AFI Silver Theatre. Last year’s festival screened sold-out shows to more than 22,000 participants who viewed the world’s best new documentaries. This year, Silverdocs expands beyond its base in Silver Spring, Md., with screenings downtown at the Newseum. In addition, the seven days of programming will highlight more than 80 films from around the world, plus special screenings, musical performances and dozens of panel discussions featuring hundreds of filmmakers.

The AFI Discovery Channel Silverdocs Documentary Festival opens with the widely anticipated “Freakonomics,” left, and closes with “The Tillman Story,” based on the life of football- star-turned- Army Ranger Pat Tillman.

Silverdocs opens with the widely anticipated “Freakonomics,” based on the popular book that’s been described as a melding of pop culture and economics. “Thanks to a team of celebrated documentarians, one of the bestselling books of the past decade debuts on the big screen for a riveting cinematic experience,” said Sky Sitney, festival artistic director.

The opening night documentary is based on “Freakonomics: A Rogue Economist Exposes the Hidden Side of Everything,” the book by Steven Levitt and Stephen J. Dubner. Levitt used applied statistics and economics to analyze human behaviors. The results revealed startling conclusions about Sumo wrestling, the effects of a name, money as an incentive to improve grades, why crime rates dipped significantly in the early 1990s, and many other fascinating human behaviors that years of psychology and moral philosophy hadn’t uncovered.

The documentary’s star-studded lineup of directors features Alex Gibney (“Taxi to the Dark Side”), Morgan Spurlock (“Super Size Me”), Rachel Grady and Heidi Ewing (“Jesus Camp”), Eugene Jarecki (“Why We Fight”) and Seth Gordon (“King of Kong”). Gibney, Spurlock, Grady and Ewing will discuss the film after the screening on June 21.

“From a hospital to a high school, a welfare center to a police precinct, Wiseman’s films reveal the deep inner-workings of American society,” according to a Silverdocs press release. “Whether reflecting the ‘American dream’ or American disillusionment, Wiseman’s camera observes human behavior in all its banal, complex, contradictory and unpredictable modes, particularly as they manifest within institutional structures.”

The symposium, a centerpiece of the festival, will screen excerpts from Wiseman’s oeuvre, followed by a panel discussion with Wiseman and filmmaker Davis Guggenheim (“An Inconvenient Truth”), the son of Charles Guggenheim.

The closing night film, “The Tillman Story,” directed by Amir Bar-Lev (“My Kid Could Paint That”), recounts the life of Pat Tillman. Spurred by post-9/11 patriotism, the Arizona Cardinals football player famously abandoned his successful NFL career in 2002 to become an Army Ranger. When Tillman was killed in Afghanistan in 2004, the Army described him as a hero who died saving many of his fellow soldiers, awarding him a posthumous Silver Star. But many accuse the government of using his celebrity as a propaganda tool. As it turned out, he was really killed by friendly fire, a truth uncovered only after a dogged investigation by Pat’s parents, Dannie and Patrick Sr. 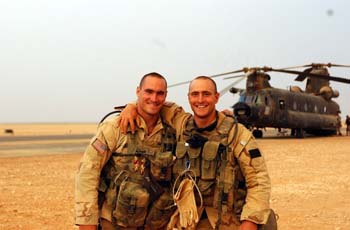 Of special note are the East Coast premieres of “Waiting for ‘Superman” about the U.S. educational system, and “Barbershop Punk,” as well as the world premiere of “On Coal River,” and a screening with performance of the live film “Utopia in Four Movements.” Other highly anticipated entries that have already made their marks at other festivals include: “Last Train Home” about China’s peasant workers, “Restrepo,” which chronicles a year with one platoon in Afghanistan’s deadliest valley, “Waste Land,” “Marwencol” and “Budrus.” In partnership with the U.S. Institute of Peace, Silverdocs 2010 also includes a theme of “peace and conflict resolution,” featuring relevant films and panel discussions.