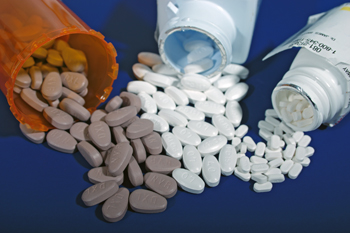 Statins appear to have a host of benefits beyond just lowering “bad” (LDL) cholesterol levels and reducing the risk of heart disease, but they also have side effects and have been associated with an increased risk of kidney failure, liver problems and a muscle disease called myopathy.

Statin drugs are big business in America — and all over the world. These cholesterol-lowering medications can be found in millions of medicine cabinets. Indeed, half of all men over 65, and about 36 percent of women in the same age group, take a statin drug, according to the National Center for Health Statistics. The Centers for Disease Control and Prevention reports that one out of every four Americans over 45 is taking a statin. That’s more than 30 million people.

Statins appear to have a host of benefits beyond just lowering “bad” (LDL) cholesterol levels and reducing the risk of heart disease. Two major studies published in the journal Cancer Causes and Control recently suggest that high cholesterol is linked to the development of prostate cancer, and that men taking statins have a decreased risk of getting prostate cancer. And another recent study in the Journal of Trauma found that seniors who were taking a statin at the time they suffered a head injury were much more likely to survive the trauma and recover with more of their function intact.

So does that mean that if you’re over 45, you should be taking a statin medication even if you don’t have high cholesterol? After all, a major study has found that people without high cholesterol but with high levels of a substance called C-reactive protein — an independent risk factor for heart attacks — cut their risk of a heart attack in half by taking statins.

The answer: not necessarily.

This month, the patent on Lipitor, the world’s best-selling drug, which is worth more than $11 billion in revenue a year to Pfizer, expires. Pfizer has floated the idea of introducing an over-the-counter version of its popular statin to recoup some of the loss in profits once the drug becomes generic.

But that has many doctors warning that statins like Lipitor — while hugely beneficial to some people — are hardly benign.

First, while there is no doubt that statins do help a lot of people, the ones who benefit most from these drugs are those with major risk factors — most notably, those who have already had at least one heart attack or other symptom like angina or atrial fibrillation. But among healthier people, their benefits are much smaller. Last year, a meta-analysis (a study of studies) published in the Archives of Internal Medicine found that you’d need to treat 1,429 people with statins in a year to prevent one death. The other 1,428 might not see any benefit at all.

That finding is echoed in a study published in October in the Canadian Medical Association Journal. This study, also a meta-analysis, found that low-risk people who take statins get a small, but real, benefit in terms of a lowered risk of death, heart attack and stroke. But look more closely at the numbers, urged an accompanying letter from Canadian family physician Dr. Patrick Quail, who pointed out that “the absolute risk reduction and therefore the number needed to treat is of such an order that I would have to treat nearly 250 of my low-risk patients for a median of two years to prevent one death.”

Second, statins aren’t candy. Homeopathic medicine’s claims aside, you can’t create a drug that has any kind of measurable positive effect on the body (such as lowering cholesterol) without raising the risk of some potential negative effect. Statin drugs have been associated with an increased risk of kidney failure, liver problems, and a muscle disease called myopathy. Some people taking statins also report memory loss, musculoskeletal pain and weakness.

Third, some of the benefits seen in the big studies could well be overstated. Yet another review of the statin data (seems like everyone is trying to answer this question!), this one published in January by the prestigious Cochrane Collaboration, found similar benefits for low-risk people who take statins — but raised some important questions about how good the research is.

The Cochrane authors described “evidence of selective reporting of outcomes, failure to report adverse events and inclusion of people with cardiovascular disease. Only limited evidence showed that primary prevention with statins may be cost effective and improve patient quality of life.” Ultimately, they concluded, “Caution should be taken in prescribing statins for primary prevention among people at low cardiovascular risk.”

So what does that mean? It means that if you’re a relatively healthy person over 45, you might benefit from taking a statin — and you might not. It means that there’s no clear-cut, simple formula to help you figure out whether you should take one or not.

So, we have to go back to the same recommendation that’s made so often: Talk to your doctor. But really, talk to your doctor. Ask him or her to sit down with you and go over your total health history, family history and risk factors. Think about what’s important to you. For one person, a statin might be a no-brainer. For another person with a very similar health history but other personal priorities and concerns, a statin might be a “no way.” Either way, take your doctor’s advice to heart — statins are a widely relied-upon drug, but they’re neither wonder drugs nor a one-size-fits-all prescription.