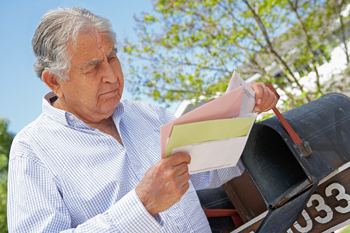 Most insurers use rates set by Medicare — the publicly funded insurance program for the elderly — as the benchmark for what they’ll pay health care providers.

But a look at 400,000 U.S. physicians’ charges found many doctors bill their private-paying patients two, three, even six times more than what Medicare pays for the same services, the study revealed.

The highest markups — four or more times greater than the Medicare rate — were for certain specialty services, including anesthesiology, interventional radiology, emergency medicine and pathology.

These “excess charges” can overwhelm people who don’t get a discount on physicians’ full charges, including uninsured Americans and privately insured patients who use “out-of-network” physicians, the study authors noted.

Senior author Gerard Anderson is a professor of health policy and management at the Johns Hopkins Bloomberg School of Public Health in Baltimore, Md.

He said consumers rarely have an opportunity to select certain doctors, such as those who administer anesthesia or provide emergency treatment. And if these doctors happen to be out of network, the charges can really add up.

But critics of the study say it grossly misrepresents the situation by suggesting that Medicare rates are a reasonable benchmark.

Dr. Steven Stack, past president of the American Medical Association, echoed that sentiment.

Unanticipated out-of-network medical costs “are a symptom of the way health insurers price their products, organize their provider networks and interact with non-contracted physicians,” Stack said in a statement. 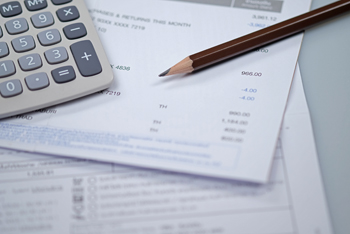 A recent study found that many doctors bill their private-paying patients two, three, even six times more than what Medicare pays for the same services.

For the study, Anderson and co-author Ge Bai of the Carey Business School at Johns Hopkins examined physician charges by nearly 430,000 physicians across 54 medical specialties nationwide. The authors then compared charges with the rates Medicare considers reasonable.

Overall, half the charges were at least 2.5 times higher than what Medicare pays, according to the analysis.

General practice physicians had the lowest markup, at 1.6 times the Medicare rate.

Of the more than 10,700 physicians who were the top 2.5 percent with “high excess charges,” 55 percent were anesthesiologists. Only 3 percent were in general practice, internal medicine or family practice, the study found.

One-third of physicians with high markups practiced in 10 regions of the country where patients are often referred for major surgical procedures. These included New York City, Houston, Los Angeles and Atlanta.

If you see an in-network doctor, your health plan has negotiated a rate probably close to what Medicare pays, Anderson said.

“On the other hand, if you’re going to a physician that’s out of network, you’re liable for the charge that that physician sets. And lots of physicians are not in the network,” he said.

So far, only a handful of states have taken steps to protect patients from surprise medical bills. Effective July 1, 2017, a new California law will ensure that people who use in-network facilities will never have to pay more than the in-network rate if they receive care from a non-contract physician.

“The states or the federal government need to protect the consumers from very high expenditures,” Anderson said.

The findings were reported Jan. 17 in the Journal of the American Medical Association.

For more information, read the report “Surprise Medical Bills” from the Kaiser Family Foundation at http://kff.org/private-insurance/issue-brief/surprise-medical-bills/.