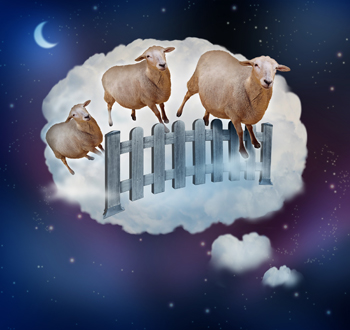 How much sleep do you need? Almost certainly more than you’re getting, according to new guidelines from the American Academy of Sleep Medicine (AASM).

Adults should be getting a minimum of seven hours of sleep per night in order to function well and avoid many chronic health conditions associated with lack of sleep, an academy panel recommended in an article published in June in Sleep magazine. In fact, sleep is so important that the academy said you almost can’t get too much of it. The panel did not put an upper limit on daily hours of sleep, saying that sleeping even nine hours or more regularly might be appropriate for some people, including young adults and those recovering from illness.

It’s become almost a competitive sport to lament/brag about how little sleep you’re getting, as a way of showing how busy or important you are. But it’s putting your health at risk, said panel moderator Dr. Nathaniel Watson, incoming AASM president. “Sleep is critical to health, along with a healthy diet and regular exercise. Our consensus panel found that sleeping six or fewer hours per night is inadequate to sustain health and safety in adults.”

The 15-member panel spent a year reviewing more than 5,300 scientific articles about the link between sleep and optimal health. They found that sleeping less than seven hours a night is associated with a daunting list of health problems: depression, high blood pressure, obesity and heart disease. Not getting enough sleep can also weaken your immune system, heighten your sensitivity to pain, put you at increased risk of accidents, impair work performance and ultimately put you at a higher risk of early death.

One of the habits that might be keeping you from a good night’s sleep is focusing on your phone, tablet or other electronic device. And it’s not just about procrastinating turning off the light so that you can play a few more rounds of your favorite online game or read the next chapter of your book on the e-reader. Even once you’ve settled down for shut-eye, the blue glow of your tablet has a lingering effect on your sleep, researchers say.

A study published in the Proceedings of the National Academy of Sciences in December found that the pervasive glow of electronic gadgets can impact sleep patterns long after they’re turned off.

A group of a dozen adults were asked to either read on an iPad for four hours each night before bedtime for five consecutive nights, or to read printed books in dim light. After a week, the groups switched. The study participants who read on iPads displayed reduced levels of the sleep-promoting hormone melatonin, took longer to fall asleep and spent less time in the dream-filled rapid-eye movement (REM) stage of sleep, the most restorative sleep we get. And even after eight hours of sleep, the iPad readers reported being sleepier and less alert the next morning

“It’s in part the blue light, the short-wave length light that these devices emit,” said Anne-Marie Chang, an assistant professor of biobehavioral health at Penn State University and a co-author of the study. “However, these devices not only emit this blue light, but they also are handheld close to the face and the reader is looking directly at the light source, which increases the likelihood of these effects happening. Light in the evening, especially blue light, has an alerting effect. It makes us less sleepy.”

The researchers didn’t test devices other than an iPad, Chang noted. Some other e-readers, like the Paperwhite, have a different kind of light; and others, like the original Kindle and the original Nook, don’t emit light and require an external light to read.

“I would speculate that if the light wasn’t shining directly in your eyes, you would not see this effect,” she suggested.

So if you want to make sure you’re getting plenty of restful sleep every night, try an old-fashioned paperback book instead. A few other tips for “good sleep hygiene”:

• Have a relaxing bedtime ritual — maybe a bath with lavender oil, meditation or deep breathing.

• Make your to-do list for tomorrow and get it out of your head so you don’t lie awake thinking about everything you have to do.

• Avoid alcohol, cigarettes and heavy meals before bed; they can all disrupt sleep. Try to finish eating two to three hours before going to sleep.

• Make sure your mattress is comfortable and supportive. If it’s more than 10 years old, it’s probably time for a new one.

• Make sure your bedroom is dark, cool (about 60 to 67 degrees is optimal for sleep) and quiet. If your partner snores, consider a white noise machine or earplugs.

Gina Shaw (@writergina) is the medical writer for The Washington Diplomat.