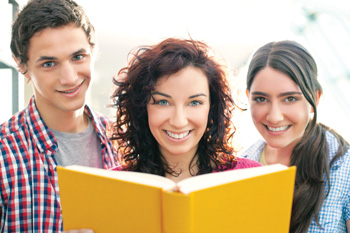 The American victim of the attacks in Paris in November was California State University-Long Beach exchange student, Nohemi Gonzalez, 23. Gonzalez was having a drink with a friend at La Belle Equipe bistro when heavily armed gunmen opened fire on Nov. 13. The assault in which the gifted industrial design student was killed was one of a series of attacks in which 130 people died, many of them young adults.

Two years ago, when two homemade bombs exploded at the finish line of the Boston Marathon, one of the three victims was Chinese graduate student Lingzi Lu, also 23. Lu had gone to Copley Square with two friends to watch the marathon, the way thousands of Bostonians, adoptive and born-and-bred, do every year.

Gonzalez and Lu are among the growing number of students who leave their countries of origin every year and travel abroad to study, according to the “Open Doors” report that was released in mid-November by the U.S. State Department and the nonprofit Institute of International Education (IIE). Both young women had immersed themselves in the culture of their host country and were living their passion when their lives were cut short. There are over 17,000 American students living and studying in France, and roughly 300,000 Chinese studying in the United States.

Last year, a total of 4.5 million students left their home countries and traveled abroad to study. Nearly 1 million of them traveled to the United States, but just 304,000 Americans left their stateside universities to study abroad.

Paradoxically — or perhaps understandably, given that so few Americans want to study outside of the country — the United States is the most popular destination by far for international students, welcoming nearly 1 million youngsters last year from around the world. China was the top country of origin of international students, with 304,040 Chinese studying in U.S. colleges and universities, a rise of 11 percent over the previous year. The number of Indian students coming to the United States shot up by even more — 29.4 percent — to nearly 133,000. Students from China and India now make up nearly 45 percent of the total number of international students in U.S. higher education, according to “Open Doors.”

Other countries that saw large increases in the number of students at U.S. universities were Brazil, Kuwait and Saudi Arabia.

It’s notable that many foreign governments are generous with scholarships for students wishing to study abroad. They see these students as an investment in the future of the country. U.S. officials agree with them.

Assistant U.S. Secretary of State for Educational and Cultural Affairs Evan Ryan said at the launch of the “Open Doors” report in Washington in November that studying abroad provides “a forum to solve global challenges.”

IIE Deputy Vice President of International Partnerships in Higher Education Daniel Obst said a study abroad experience helps young people as they embark on a career by giving them the opportunity to embed themselves in the culture of the country in which they live. “The more you understand other people, the better you can work on international teams and so on,” he said.

While U.S. officials ostensibly support the notion of Americans studying overseas, they don’t always put their money where their mouths are, at least not compared to other governments.

“Open Doors” points out that while the number of Americans studying abroad has more than tripled in the last two decades, reaching nearly 305,000, that still only accounts for about 10 percent of all U.S. graduates. In contrast, nearly 1 million foreign students made the trek stateside last year.

Among the obstacles to studying abroad for many Americans are the perceived cultural and language differences in a foreign country.

IIE’s Project Atlas, which tracks the movement of the millions of students who study abroad each year, said that out of nearly 16,000 students in 19 countries who took part in a recent poll, three-quarters said learning German was a problem that kept them from studying in Germany. Two-thirds said the same thing about France and French, while half said they were worried about studying in China because of the language. (That German is seen as more daunting than Mandarin is a little mind-boggling.)

To get around the language barrier, many countries are offering university courses in English.

“What we are seeing is that the number of English-taught programs offered around the world, but especially in Europe, is increasing significantly, and we’re seeing many more students, including American students who often don’t speak foreign languages well enough to enroll in a foreign university, are now seeking out Germany and France or other countries for full degrees,” Obst said.

Money is another issue. Even though tuition at public universities in Germany and France is free or cheap, especially when compared to the U.S., Americans still say the cost, or perceived cost, of studying abroad is keeping them from doing it. Many U.S. students assume that funding a semester or year abroad would be prohibitively costly and would have to be entirely self-funded, when, in fact, many European institutions are far more affordable than their U.S. counterparts. 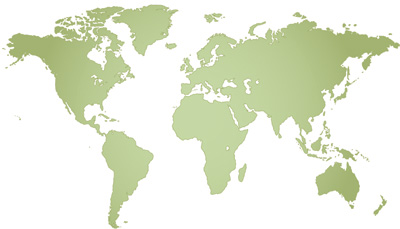 Foreign students contributed over $30 billion to the U.S. economy in 2014, Obst said. But even countries that do not charge tuition, or charge much less than the United States, benefit economically and culturally from having foreign students in their classrooms and lecture halls.

In Germany, for instance, where most universities are tuition-free, international students are seen as future “ambassadors for German businesses and German culture abroad,” Rupert Huth, a former vice president of the German Rectors’ Conference and spokesman for higher education in Germany, said in an interview with naturejobs.com.

To overcome American reservations about studying abroad, IIE has launched a project called Generation Study Abroad, which aims to double the number of American students studying abroad by the end of the decade, partly by making them more aware of the scholarship opportunities available to them.

In the 18 months since it was set up, Generation Study Abroad has raised $185 million and teamed up with 650 partner organizations dedicated to boosting study abroad among Americans, Obst said. Much of the $185 million will go to scholarships and grants, he noted.

On the day the “Open Doors” report was released, the State Department announced it was opening a study abroad office (https://studyabroad.state.gov) to encourage more Americans to spend at least part of their time at a foreign university and to increase the diversity of students participating in international exchange programs.

That’s another problem: The typical American student who studies abroad is a white woman in her junior year of college. She will spend a semester or less studying abroad, Obst said.

Gonzalez, a Latina, was helping to break down that stereotype, but Obst said a lot more needs to be done.

“All the colleges and universities in the U.S. need to do more to reach students who are not as well represented in study abroad as in the total higher education population: African Americans, Latino students, Asian American students, disabled students,” he said.

Whether or not the number of minority students who study abroad goes up, the overall number of students from around the world who leave their homes to study somewhere else is expected to continue to rise. That’s not only because of promotional efforts but also because more and more young people are opting to pursue an education beyond high school — and this is putting a strain on the existing education infrastructure.

Education consultant Bob Goddard wrote in his 2012 book “Making a Difference: Australian International Education” that the number of students around the world who are enrolled in an institute of higher education is expected to reach 262 million by 2025, up by nearly 90 million from 2010 when there were 178 million people in tertiary education. Goddard predicted that by 2025, 8 million students will travel to other countries to study — nearly twice as many as do so today.

Experts say most of the growth in higher education will be centered in developing countries, particularly China and India, which happen to be the two countries that already send the most students to the United States. Developing countries in Africa and elsewhere are also expected to see a tertiary education growth spurt.

The United States will continue to draw many of the international students who say they like the country’s wide range of schools and programs, its high-quality education system and the way it welcomes international students. While 62 percent of students said they don’t like the exorbitant tuition charged by U.S. universities, only slightly fewer said there are ample scholarship opportunities for students who want to study in America.

One of those opportunities will be available to students at Gonzalez’s alma mater, Cal State Long Beach. The university has launched a fund to honor the slain design student and help other Cal State students pursue their academic dreams abroad, as Gonzalez was doing in Paris. As of press time, the Nohemi Gonzalez Fund to Support International Study had raised over $20,000.