Home The Washington Diplomat January 2018 Will Artificial Intelligence Be Part of Your Health Care Team? 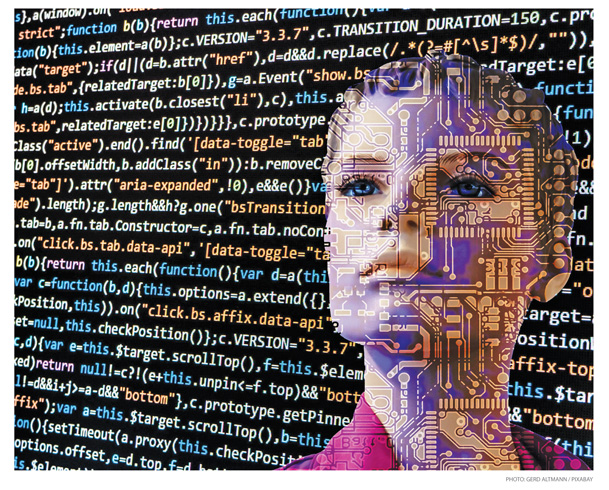 Artificial intelligence is assuming a greater role in many walks of life, with research suggesting it may even help doctors diagnose disease.

One new study suggests artificial intelligence (AI) might some day detect breast cancer that has spread to the lymph nodes.

“Micrometastases can easily be missed during the routine examination by pathologists,” said lead researcher Babak Ehteshami Bejnordi of Radboud University Medical Center in the Netherlands.

But the algorithms “perform very well in detecting these abnormalities,” he said.

“I think this is exciting and will likely be the key element for enhancing the efficiency and quality of pathologists’ diagnoses,” Bejnordi said.

Clinical pathologists examine samples of body tissue to help diagnose diseases and judge how serious or advanced they are.

It’s painstaking work — and the hope, Bejnordi said, is that artificial intelligence can help pathologists become more efficient and accurate.

The study is the latest to delve into the idea of using artificial intelligence to improve medical diagnoses.

Most of the algorithms in the study were “deep learning”-based, where the computer system essentially mimics the brain’s neural networks.

“To build the system,” Bejnordi explained, “the deep learning algorithm is exposed to a large dataset of labeled images, and it teaches itself to identify relevant objects.”

Dr. Jeffrey Golden is a pathologist at Brigham and Women’s Hospital in Boston. He agreed that artificial intelligence holds promise for “making pathologists more efficient.”

However, there’s a lot of work to be done before that is a reality, said Golden, who wrote an editorial published with the findings.

The study has its limits, he said. The computer-versus-human test was only a simulation exercise and not truly reflective of the conditions that clinical pathologists work under. So it’s not really clear how the algorithms would compare against pathologists in the workplace, Golden said.

Plus, there will be practical obstacles to overcome, he added.

At this point, the field of pathology is only beginning to use digital technology, Golden explained. That’s key because for any computer algorithm to work, there have to be digital images of tissue specimens to analyze.

Cost and education — training pathologists on how to use the technology — are other issues, Golden pointed out.

For now, one thing seems certain: “Artificial intelligence will never replace the pathologist,” Golden said. “But it may improve their efficiency.”

The study tested 32 computer algorithms that were developed by different research teams for an international competition. The challenge was to create algorithms that could detect the spread of breast tumor cells to nearby lymph nodes, which is important in estimating a woman’s prognosis.

The algorithms were tested against the performance of 11 pathologists, who independently analyzed 129 digitized images of patients’ lymph nodes. The doctors were given a time limit to accomplish the task.

In a separate test, the algorithms were pitted against one pathologist who was free of time constraints.

It turned out that some algorithms bested the pathologists who were under time limits. In particular, they outperformed humans when it came to detecting micrometastases.

Even the best-performing pathologist missed 37 percent of cases where the lymph tissue contained only micrometastases, the study found. Ten of the computer algorithms performed better than that.

However, Golden said, the pathologists were facing obstacles they would not face in the real world.

“The limits were artificial,” he said. “We’re never in a position where there’s a deadline.”

And, he noted, the computer was not better than the pathologist who had no time pressure.

Bejnordi acknowledged the study’s limitations and said the technology has to be tested in real-world practice. But in general, he said, the health care field is increasingly seeing the potential of artificial intelligence.

“We are now at a turning point where computers perform better than clinicians at specific tasks,” Bejnordi said.

Another new study tested a computer algorithm for diagnosing diabetes-related eye damage. In that study, Dr. Wong Tien Yin of the Singapore National Eye Centre and colleagues found that the algorithm accurately picked up all cases of vision-threatening damage to the retina. It also correctly gave a negative result to 91 percent of people who did not have severe retinopathy.

Both studies were published Dec. 12 in the Journal of the American Medical Association.

The Association of American Medical Colleges has more information on artificial intelligence in medicine at https://news.aamc.org/research/article/artificial-intelligence-transforms-future-medicine/.