Home The Washington Diplomat With Tokyo 2020 still up in the air, experts probe the politics of sports

It would be nothing short of a “catastrophe” for athletes and the world sporting community if Japan cancels the 2020 Summer Olympics in Tokyo due to coronavirus concerns.

That’s the unanimous view of three sports experts who spoke in a June 2 webinar organized by the Czech Embassy in Washington.

With more than 760,000 cases and over 13,600 deaths since the pandemic began, Japan is now battling a fourth wave of COVID-19 infections, straining hospitals in Tokyo and other regions under a state of emergency. Yet the International Olympic Committee (IOC) as well as the Japanese government still insist the games will go on, albeit without any spectators.

“This is a very difficult situation for the Japanese people,” said Jiří Ježek, a former Czech road and track racing cyclist, and six-time gold Paralympic games medalist who is now a sports moderator for CNN Prima News. “Under the circumstances, it’s very hard to organize such a big event. But for so many athletes, missing one Olympic cycle is devastating. Even to postpone the Olympics for one year was a problem for athletes who had planned to retire after the games.”

Ježek has participated in the Sydney 2000, Athens 2004, Beijing 2008 and London 2012 Olympics. The online event during which he spoke—“Major Sporting Events: Bidding, Politics and Controversies”—was the third in the six-part SPORTSDIP series, which brings together sports and diplomacy to inspire, entertain and educate.

Moderated by Jan Kaliba, the Washington-based foreign correspondent for Czech Radio and a former sports reporter, the discussion focused on the benefits for nations to host major sporting events, and why so many of those events have taken place recently in non-democratic countries.

A ‘real shame’ if Tokyo 2020 ends up not happening

Gabriel Waage, president of the Czech Softball Association as well as the European Softball Federation, aid “it would be a real shame” if the Tokyo Games don’t begin on July 23, as is currently planned. Yet he remains optimistic.

“There will be restrictions because of covid,” he said, “but II believe it will happen, and the Japanese people will be proud.” 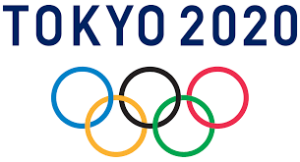 If for no other reason, there’s simply too much financially at stake for the 2020 Games to be the first Olympics to be cancelled since World War II, said Marty Conway, a sports industry consultant and faculty member at Washington’s Georgetown University.

“From the athletes’ standpoint, and from the standpoint of the sports federations, it’s almost essential to host these games,” he warned. “The revenues derived from both the media contracts and the sponsorship contracts account for about 85% of the IOC’s operating budget. So you can imagine how a cancellation would cascade down to the national Olympic committee and the IOC. It would be a catastrophe for the international sporting environment.”

According to a mid-June poll by broadcaster TBS, 55% of Japanese surveyed want the Summer Olympics either postponed or cancelled—down 10 percentage points from last month. A June 8 story by Reuters quoted top Japanese virologist Hitoshi Oshitani as saying there’s still a risk of spreading COVID-19 infections during the mega-event.

“The government and the organizing committee, including the IOC, keep saying they’re holding a safe Olympics,” Oshitani was quoted as telling the Times of London. “But everybody knows there is a risk. It’s 100% impossible to have an Olympics with zero risk of the spread of infection in Japan, and also in other countries after the Olympics.”

In the event the Summer Olympics does go forward, Conway suggested, “we will owe a debt of gratitude to the Japanese people for hosting these games in conditions that we could not have ever imagined. So I hope the IOC or other governing bodies will be able to give back to the Japanese people another event, or something to make up for this.”

Conway, who’s based in Washington, has decades of experience in global sports business and marketing, including leadership roles in professional sports organizations, media and academia. He’s held executive positions with Major League Baseball, the Baltimore Orioles and the Texas Rangers.

Conway is also on the payroll of the Josoor Institute in Doha, Qatar, where he’s helping prepare professionals to host the FIFA World Cup 2022—another big sporting event mired in controversy.

“When Qatar won the bid for the World Cup, the Qatari football team was ranked 160th in the world,” he said. “Now they’re ranked in the top 50. Their objective is to bring the world together in a place and part of the world that no one thought possible.”

Conway added: “It is a huge challenge for a country with little more than two million people. Hosting a mega event like this is almost as if you bring with it this enormous spacecraft with thousands of lights that sits over your country for 10 years. And you have to learn how to live under those lights every day, and it can be frustrating.”

Qatar is reportedly spending $220 billion on infrastructure to prepare for the event, to be held in November and December of next year. That’s 60 times the $3.5 billion South Africa spent to host the 2010 FIFA World Cup.

Asked about serious accusations of corruption and bribery during the bidding process, and reports that as many as 6,500 foreign workers may have died during construction of stadiums in Qatar’s unbearable summer heat, Conway did not address those concerns.

“They just don’t see things quite the way others do. The football community in Qatar is quite happy with what’s happening,” he responded, adding that “when I asked people in Qatar about alcohol restrictions and other similar issues, they said just one thing: we want people to know and respect our culture, just as we respect other cultures.”