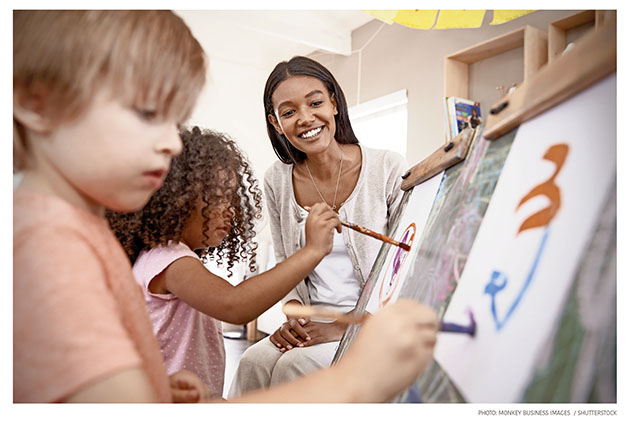 As a new academic year begins in schools across America, the issue of arts education is again at the fore. Funding for the arts in public schools, which can vary according to local districts, has by most accounts been declining since the early 2000s, and the U.S. has always lagged far behind many other nations in funding arts education.

According to the online music site Pitchfork, the National Endowment for the Arts (NEA), the government’s premier arts funding agency, allotted a mere $8 million to music programs in 2016, about the same as Sweden, a much smaller country that spends far more on the arts overall. Meanwhile, in Finland, another Nordic education powerhouse, arts classes carry the same weight as other academic classes.

Researchers say it is imperative that the U.S. spend more on arts education as part of a holistic approach to children’s development. For instance, studies have shown that fine arts education — including music, theater, drawing, painting or sculpture — are integral to a well-rounded curriculum and can boost students’ proficiency in reading, writing and math.

Other studies have suggested that arts education has positive emotional effects, improving self-confidence, creativity, empathy, teamwork, communication skills and students’ overall enjoyment of school, all of which may lead to fewer dropouts and disciplinary problems. One study by Elsevier in 2016 even showed that music education can temper aggressive behavior in students by relieving stress.

Surveys also show that an overwhelming majority of Americans agree that the arts are intrinsic to a well-rounded education, wrote Brian Kisida and Daniel H. Bowen in a February 2019 article for the Brookings Institution. The think tank conducted the first-ever large-scale, randomized controlled trial study of a city’s collective efforts to restore arts education through community partnerships and investments. The results of the study, which surveyed elementary and middle schools in Houston, found that a substantial increase in arts educational experiences had a “remarkable” impact on students’ academic, social and emotional outcomes.

But over the last few decades, “the proportion of students receiving arts education has shrunk drastically. This trend is primarily attributable to the expansion of standardized-test-based accountability, which has pressured schools to focus resources on tested subjects,” wrote Kisida and Bowen. “As the saying goes, what gets measured gets done.”

Indeed, when education budgets are slashed, the arts are generally the first to go. The Every Student Succeeds Act (ESSA), passed in 2015 under the Obama administration (which replaced the controversial No Child Left Behind legislation), sought in part to remedy this situation, but funding remains a key issue. 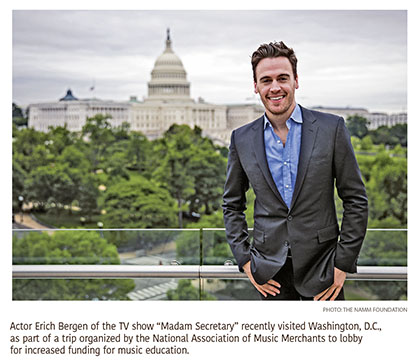 That has been a central concern of the National Association of Music Merchants, or NAMM, which has lobbied for increased funding for music education since the creation of ESSA, in which it was involved. The nonprofit comes to Washington every year to raise the voices of those who believe arts education is a right and not simply a privilege. This year, the organization’s annual D.C. “fly-in” included television, film and stage actor Erich Bergen of the TV show “Madam Secretary”; former New York Yankee and jazz guitarist Bernie Williams; and rapper and record producer J. Dash.

Bergen, who just completed a Broadway run as Dr. Pomatter in “Waitress” and will reprise his role as policy advisor Blake Moran in CBS’s “Madam Secretary” this fall, says his aim is to make sure that ESSA “gets funded to its fullest.”

“As someone who benefited from arts education and has a public voice, I want to make sure I’m heard,” Bergen said of his advocacy efforts before lawmakers. Recognizing that “it can be hard for government to get behind anything that can’t be directly measured,” Bergen argues that the effectiveness of arts education can be measured in the success rates of students who go into many different fields, and not just artistic ones.

“There’s a miseducation about the arts, that they don’t have to do with anything else,” Bergen told us. “I’ve noticed some people think that teaching a kid how to play a violin is teaching them to become a professional violin player growing up. But that music instruction can be just as beneficial as a science class.”

Bergen says that early exposure to the arts benefits everyone — business people, lawyers, doctors and professional violinists. In his case, music classes helped him stay interested in school, make sense of mathematics and launched him on his future career as a singer and actor.

“You couldn’t get my attention in math or basic science classes,” Bergen recalled. “But I finally understood math when I saw it on a sheet music and could apply it to sound. That’s when it all clicked. I didn’t feel like a failure any more. I was happy. The arts can do that, provide another way to get through to a child.”

Research statistics provided by NAMM underscore Bergen’s experience. Music students regularly perform better than their peers in English, math and science. They generally have more advanced working memory and are better at learning a foreign language. Finally, arts and music classes correlate with fewer dropouts and suspensions, a particular problem in underfunded schools that cannot offer these types of classes.

While Bergen says his co-starring role on “Madam Secretary,” a Washington-based drama about a fictional female secretary of state, is not what drew him into arts advocacy, the celebrity profile helps.

“I recognized that being on a television show about Washington, D.C., would be very useful,” Bergen said. “In doing the show, I’ve become more aware of the issues that move the country on a daily basis and are often forgotten about in the era of big politics.”

Arts education is one of them. Bergen said that he and his “Madam Secretary” colleagues “get very invested” in the subject matter of each show, taking advantage of down time on the set to continue research into their characters and positions.

As the program enters its sixth and final season, Bergen hopes to spend more time on arts education. 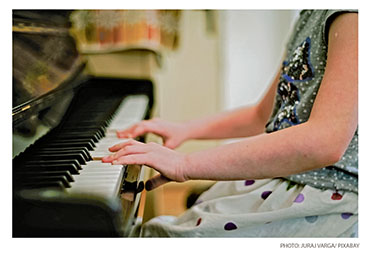 Debates over arts funding, particularly funding for the National Endowment for the Arts, have raged for decades, usually along partisan lines. While NEA funding was fairly steady after its creation as part of President Lyndon B. Johnson’s “Great Society” program in 1965 to eliminate poverty and racial injustice, major cuts were instituted under the Reagan administration in the 1980s and have continued since.

Ironically, perhaps, Bergen sees an important connection between politicians and artists. Communication for both “is about the ‘sell,’” he said. “You have to convince people with your argument why you’re passionate about something.” Bergen noted that he’s learned to apply lessons from the television set, particularly how Secretary of State Elizabeth McCord (played by Téa Leoni) gets her messages across, to his advocacy work.

“One thing I’m certainly applying is how to tell our story in the best way possible,” Bergen said. “How can we tell the story we need to tell and make our point so that people on the other side don’t see it as propaganda? We have to address people coming in with different mindsets.”

Bergen cites President Conrad Dalton (Keith Carradine) of “Madam Secretary” as an example of a character who works the middle. Viewers were never told whether Dalton was a Democrat or a Republican (he is an independent), and the program has studiously avoided the snare of political partisanship.

“It shows that we are more alike than we are different,” Bergen said. “The arts have nothing to do with party. Democrats and Republicans alike enjoy music equally. Both have kids who aren’t doing well in school or are in under-resourced inner city schools. The arts are an equal opportunity educator, and that’s the message we have to communicate.”

As Bergen and other advocates continue to press Congress for full funding of arts education, the actor, singer and soon-to-be producer has several other projects in mind. Apropos of his advocacy efforts, Bergen said he would “love” to develop a documentary series or reality show that illustrates the impact of arts education. Such a production could bring the experience into people’s living rooms and, Bergen argues, demonstrate the importance of arts education firsthand.

Meanwhile, Bergen is already developing a new Broadway show about the life of fashion designer Roy Halston. He’s not eager, he says, to jump back into “a crazy TV schedule” any time soon. Which means there is a chance, however slight, that you might see him in a school music class, after all.