Until coronavirus paralyzed the airline industry in early 2020, more than a million passengers were flying annually between the United States and West Africa. Now that international travel is gradually returning to normal, Air Senegal hopes to grab a slice of that business.

Among the 250 people in attendance at Top of the Gate: Ibrahima Kane, Air Senegal’s CEO; Papa Mahawa Diouf, general manager of Destination Senegal; Andres Hayes, director of international trade and commerce for the District of Columbia, and several African ambassadors.

The inaugural flight from Dakar landed at BWI—after a stopover in New York, where passengers cleared US immigration and customs—and was greeted by a traditional water cannon salute. The route’s total duration is 12.5 hours, including the 2.5-hour layover at JFK.

“We welcome this new Air Senegal service, which will foster tourism and trade opportunities between Maryland and Senegal,” said Ricky Smith, executive director of BWI Marshall Airport, in a prepared statement. “Air Senegal will offer easy access and efficient service to West Africa for many travelers throughout our National Capital region.”

The new service operates Thursdays and Sundays using an Airbus A330-900neo aircraft, offering 32 flatbeds in business class, 21 seats in premium economy, and 237 seats in economy. Air Senegal is enticing customers with promotional prices starting at $738 round-trip from either New York or Baltimore to Abidjan, capital of Côte d’Ivoire; $841 to the Gambian capital of Banjul; $884 to Conakry, Guinea; and $906 to Dakar itself.

To sweeten the offer, these prices include up to three pieces of checked luggage, a free 48-hour stopover in Dakar and one date change free of charge in each direction.

Ernest Dikoum, Air Senegal’s marketing director, said in an interview that the Washington metro area is the second-largest market (after New York) for US-bound travelers from Senegal. 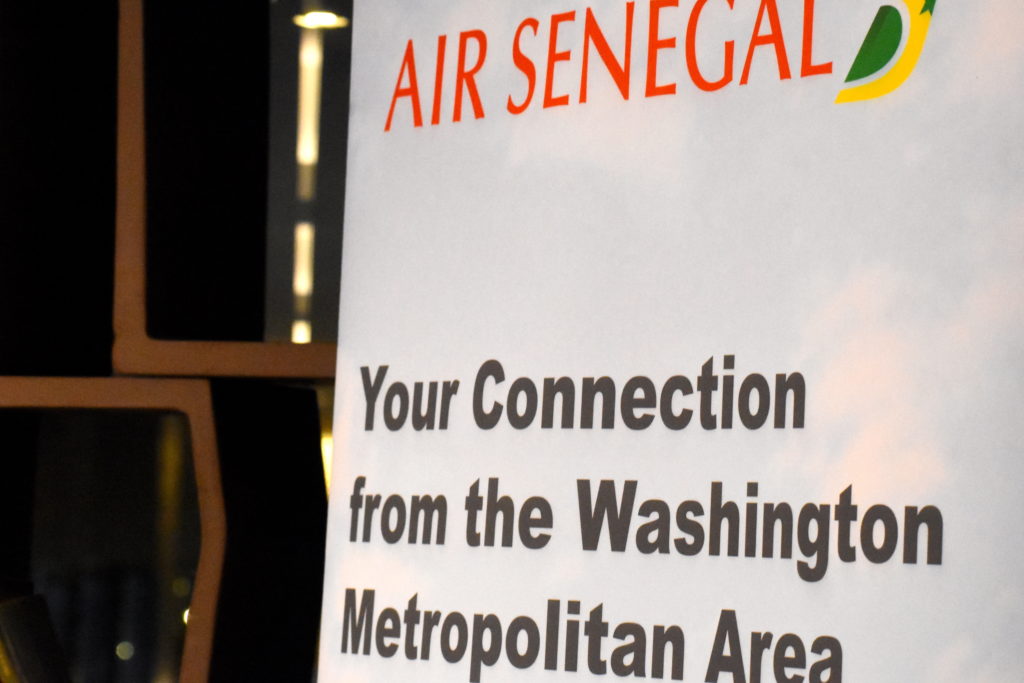 “We need to give these people a good experience,” he said. “This is a first step, but we hope we’ll go further very quickly.”

Originally, Air Senegal was supposed to fly out of Washington Dulles, not BWI. But “finding people there who were ready to work was not easy,” Dikoum told The Diplomat.

“We didn’t have any issues with labor at BWI, and besides, the two airports are not the same,” he said. “BWI is much closer to the West African diaspora community than Dulles is. Most of them live in the northern suburbs of DC, especially Wheaton and Rockville.”

Another advantage is that BWI is the hub for Southwest Airlines, which operates numerous flights to major US destinations, making connections from Africa relatively easy.

Air Senegal’s new operation is supposed to run at least until March 2022. It had been widely anticipated ever since South African Airways switched its Johannesburg-Dakar-Washington service to stop instead in Accra. The Air Senegal route offers new options for US-bound travelers in Mali, Guinea, Mauritania, Sierra Leone, Côte d’Ivoire and The Gambia.

Asked why he thinks this new route will be profitable, Dikoum answered: “Nobody said that.”

“We need to be extremely careful when we’re talking about profitability,” he said. “Before COVID-19, nobody could have anticipated what would happen with the airlines. The nature of our business is exposure to external factors. Having said that, let’s turn this into an opportunity.”

At present, the only direct competition facing Air Senegal is Delta Air Lines, which operates five weekly flights between JFK and Dakar using a Boeing 767-300ER, though according to industry sources, Delta will soon switch to an Airbus A330 for that route.

The fact that bookings for the new route are running near full (capacity is 290 passengers) is an indication that “people are thirsty” for alternatives to flying through Paris, Brussels or any of the other traditional European gateway cities. In many cases, that means African travelers must obtain transit visas and having to wait six hours or more for a connecting flight—burdens that are eliminated with direct flights to the United States via Air Senegal.

“The West African community was badly in need of solutions,” he said. “If you consider traffic from Central West Africa and also Nigeria to the United States, you’re talking about one million travelers a year. Why should we let this traffic go via Europe?”

He added: “We have a world-class airport, we have the connectivity, and we’re offering long-haul aircraft filled with the latest generation of technology. Within three hours of arrival in Dakar, you have the possibility to connect to many destinations across West Africa. This is a big advantage if we play it right. But we don’t believe this is an easy sell. We must be up to the challenge and provide the customer service people have come to expect.”