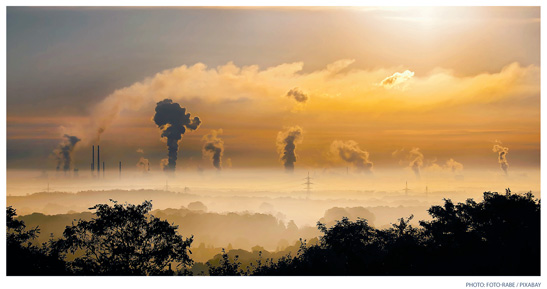 Pollution led to more than 9 million deaths worldwide in 2015, or 1 in 6 deaths that year, a new report reveals.

Air pollution, the worst culprit, was linked to 6.5 million heart- and lung-related deaths, The Lancet Commission on Pollution and Health said.

Water pollution was tied to 1.8 million deaths, mostly from gastrointestinal and parasitic infections. And workplace-related pollution and lead pollution also played a role, contributing to 800,000 deaths and 500,000 deaths, respectively.

“Pollution is much more than an environmental challenge — it is a profound and pervasive threat that affects many aspects of human health and well-being,” said Dr. Philip Landrigan, co-lead of the commission. 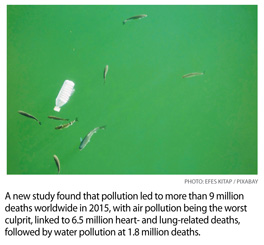 “It deserves the full attention of international leaders, civil society, health professionals and people around the world,” added Landrigan, a professor at the Icahn School of Medicine at Mount Sinai in New York City.

The report is published in the Oct. 20 online issue of The Lancet. Two years in the making, it involved more than 40 international health and environmental authors.

Occupational pollution led to deadly diseases such as pneumoconiosis (a lung disease caused by inhaling irritants) in coal workers; bladder cancer in dye workers; and asbestosis, lung cancer, mesothelioma and other cancers in workers exposed to asbestos, according to the report.

“Our goal is to raise global awareness of the importance of pollution, and mobilize the political will needed to tackle it, by providing the most in-depth estimates of pollution and health available,” Landrigan said in a journal news release.

China and India suffered the most pollution-linked deaths — 4.3 million between them. 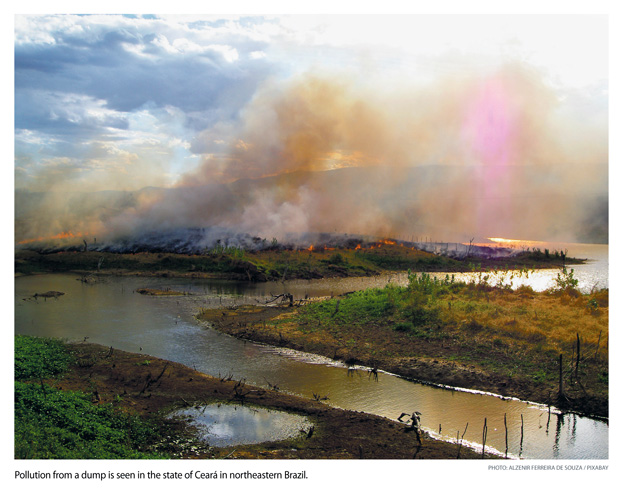 The report authors said many emerging chemical pollutants remain unidentified, so the report likely underestimates the true extent of pollution-related disease and death.

Richard Fuller, who also led the commission, said the way to tackle pollution is to make it a priority in terms of planning, research and finding. He is a founder of Pure Earth, a nonprofit group involved in pollution cleanup and prevention.

“Pollution can be eliminated, and pollution prevention can be highly cost-effective, helping to improve health and extend life span, while boosting the economy,” said Fuller. This has been seen in richer countries where legislation has helped to curb the most flagrant forms of pollution, he added.

The World Health Organization has more on the environment and health at www.euro.who.int/en/health-topics/environment-and-health.