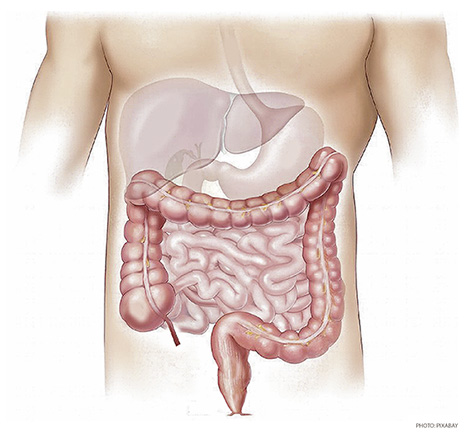 Most people should now begin colorectal cancer screening at age 45, say new guidelines that were spurred by the rising rate of the disease among younger Americans.

For years, the American Cancer Society (ACS) and other medical groups have advised people at average risk of colon and rectal cancer to begin screening at age 50. Earlier screening has been reserved for people at increased risk.

But the ACS is now changing that advice — a shift largely driven by the fact that colorectal cancers are increasingly being diagnosed in younger Americans.

Media personality Katie Couric, a longtime advocate in the fight against colon cancer, applauded the move.

“I have seen firsthand the dangers of early onset colon cancer. My late husband, Jay Monahan, was just 41 when he was diagnosed more than 20 years ago,” she said in a statement.

“Doctors have noticed an alarming trend — an increase in people like Jay, under age 50, being diagnosed with the disease,” Couric added. “I’m thrilled that the American Cancer Society has responded and revised its guidelines, lowering the recommended age to start screening to 45.”

Just last year, an ACS study found that since the mid-1990s, colon cancer rates among Americans ages 20 to 54 have been steadily inching up, by between 0.5 percent and 2 percent each year. Rectal cancer has risen more rapidly, by 2 percent to 3 percent per year.

“It’s going up at a pretty alarming rate. And we don’t know why,” said Dr. Andrew Wolf, who led the ACS guidelines development group.

“Everyone wants to say that it’s the obesity epidemic, poor diet and lack of exercise,” Wolf said. “But those things do not fully explain the rise.”

And, since most people do not start colorectal cancer screening until age 50, changes in screening rates would not account for the increase among younger Americans, he added.

However, it’s not certain that screening at age 45 will save more lives, according to Wolf. Clinical trials are the “gold standard” for proving that — and most trials of screening have not included people younger than 50.

But the ACS commissioned a “modeling” study in developing the new guidelines. It used existing data to estimate the effects of screening at age 45. The conclusion was that earlier screening had a better “benefit-risk ratio” than screening at age 50.

The risks of screening, meanwhile, are low, Wolf said. Those hazards are mainly confined to colonoscopies, which can, rarely, puncture the colon wall or cause significant bleeding.

But those low odds would be even lower in younger people, Wolf explained. Plus, he added, colonoscopy is only one of the options for screening. Others include a yearly stool test looking for hidden blood or a DNA-based stool test done every three years.

The ACS is not recommending any particular approach.

“The choice should be based on what tests are available and the patient’s personal preferences,” Wolf said. “People should be informed of all their choices.”

Guidelines from other groups still recommend age 50 as the screening starting point for most people. They do, however, advise earlier screening for certain people at heightened risk, such as those with a strong family history of the disease.

The American College of Gastroenterology already recommends that black people begin at age 45, due to their relatively higher risk.

The group is in the process of updating its screening guidelines, a spokesperson said.

Earlier this year, Memorial Sloan Kettering Cancer Center in New York City launched a program for colon cancer patients younger than 50. One goal is to research the reasons for the rising incidence, said Dr. Andrea Cercek, an oncologist at Sloan Kettering.

She said rates are not only increasing among people in their 40s, but also among those in their 20s and 30s (though the incidence at those ages remains low). So, screening at age 45 does not address the whole issue, Cercek noted.

To her, there is a key message for people of all ages: “If you do develop persistent gastrointestinal symptoms, lasting longer than a few days, don’t dismiss them,” Cercek said.

Some red flags include a persistent change in bowel habits; abdominal pain or cramping; stool that is dark or has visible blood; and unintended weight loss.

In a young person, Cercek noted, gastrointestinal symptoms likely stem from an infection or other non-cancerous condition.

“But the point is to have it checked out,” she said.

If it is colorectal cancer, early detection makes a huge difference. “It’s very curable when we catch it early,” Cercek said.

The U.S. National Cancer Institute has more on colon cancer at www.cancer.gov/types/colorectal.