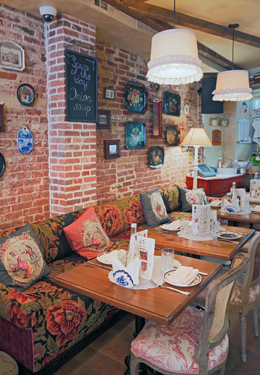 Eating out in Washington got a little cozier — Slavic style — in January when Mari Vanna opened downtown. Defying the minimalist and industrial chic trends that have been prevalent in the area for some time now, Mari Vanna’s delightfully overstuffed interior surrounds visitors with chintzes and china. Chandeliers, Russian tchotchkes, bookshelves, old family photos and comfortable worn rugs combine to create the feeling of being in someone’s dining room. And that’s the whole point.

Mari Vanna was a mythical Russian grandmother who invited weary travelers into her home and fed them traditional dishes and drinks before sending them on their journeys. The restaurant recreates this legend of Russian hospitality embodied in Mari Vanna in a 6,500-square-foot eatery on Connecticut Avenue. Patrons are welcomed warmly by staff and shown to tables where heavy dark bread made with dried fruits, fresh green onions and radishes, with salt and oil for dipping, arrive to satisfy the hungriest and heartiest of travelers.

The cold salads, in particular, are standouts, served whimsically in pressed glass double scoop ice cream dishes. The Olivier, a classic salad created in the 1860s by Lucien Olivier for the Hermitage restaurant in Moscow, is made of diced, roasted, starchy vegetables in a mayonnaise dressing and topped with quail eggs and bologna. It’s rich, mild and timeless. The Russian Country salad — mixed with tomatoes, cucumbers, radishes, sorrel, scallions, dill and parsley — has a bit more bite and, with a choice of sunflower, olive oil or sour cream dressing, can be a vegan dish. For an even more authentically Russian salad, the entertainingly named Herring Under A Fur Coat layers chopped herring, roasted carrots, beets, potatoes, hard-boiled eggs and mayonnaise in a hearty concoction that’s an excellent example of cold climate cuisine.

House-cured herring also appears among some of the protein-based cold appetizers, which includes a smoked fish plate with salmon and sturgeon, as well as a charcuterie board featuring an assortment of basturma, coppa, prosciutto and salami.

Two hot soups — a watery but flavorful borsch and porcini and portabello mushroom with leeks, carrots and egg noodles — pair perfectly with the salads or can be rounded out with several varieties of blini. These not-too-thin crepes are folded into quarters and served with several different accompaniments, including salmon roe, cured salmon, mushrooms, ground beef and of course sour cream. The crepes are silky smooth and hold up well even with the heavy fillings. 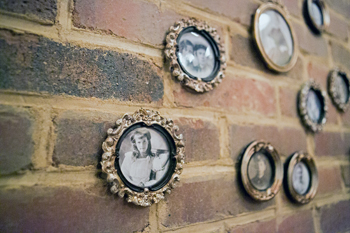 The real star of the menu, however, is the wide variety of turnover and dumpling-like dishes. Pirozhok, small, stuffed pies filled with either meat, cabbage or potato, are dense but not heavy. Palmeni, handmade dumplings stuffed with either veal or pork and beef, are perfectly spiced and dressed lightly with herb butter, making them interestingly reminiscent of dim sum. The non-meat versions, vareniki, are stuffed with potato and served with sautéed mushrooms and onions or sour cherry. Both are worth a try, and the cherry version also makes a nice, not too sweet dessert. Everything — much like it is in the motherland — is served with sour cream. Needless to say, Mari Vanna caters to hearty Slavic appetites.

As we finished plate after plate of delicious starters, the idea of entrees seemed less and less necessary. But with several intriguing choices, we pressed on. The Russian standard, beef stroganoff, is given a lighter treatment here and served with buckwheat groats in a sauce that takes its flavor more from the beef broth than the dairy. A pair of tiny quail stuffed with pine nuts and apple is perfectly prepared with a slightly crisp skin, moist meat and nice gamey flavor. The chicken Tabaka — game hens split, pressed and roasted in traditional Russian style — is enhanced with a few mild herbs and served with roasted Yukon potato and onions. It is a classic comfort food dish, as are the rabbit stew and lamb chops.

If you still aren’t full, there’s always dessert. Perhaps the best on the list is the Kiev cake, an interesting combination of meringue, chocolate cream and nuts. On a recent visit, the Napoleon was rather disappointing, with soggy pasty layers that gave the dish a compressed character. Medovik, a multilayered honey cake, has consistently been a better option. 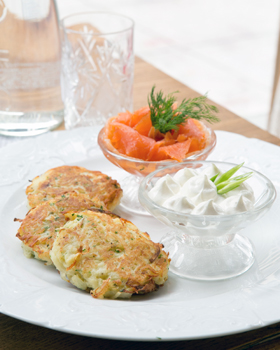 Being a Russian restaurant, it’s hardly surprising that vodka figures heavily into the Mari Vanna drink menu. In addition to dozens of Russian and other national vodka brands, Mari Vanna’s chef has created a long list of sweet and savory infused varieties that are served straight up or mixed into some tasty cocktails. Flavors such as apricot, watermelon, pineapple, beet cowberry, sea buckthorn, and oats and honey are on display at the bar and pop up in drinks such as the Klubnichka (strawberry), Kalinka-Malinka (strawberry-peach) and Antonovka (pear). A nice collection of Russian and other beers and a short list of international wines offer vodka alternatives, and there are two interesting nonalcoholic drinks: Kvas, described as Russian-style root beer (but bears no resemblance to the American version) and Mors, a homemade berry punch.

Mari Vanna is designed to provide diners with plentiful options. Lunch is served six days a week and offers several dishes that aren’t on the dinner menu. Dinner runs until midnight, and a late-night menu is available until closing. Siberian Express offers a quick snack and a shot in the late afternoon, and afternoon teas give guests a chance to sample fare from Kousmichoff, a traditional Russian teahouse from St. Petersburg. The intriguing teas with flavors such as almond, rose, vanilla and citrus fruit go nicely with sweets such the honey cake, homemade cookies, apple and berry cakes, or fruit and cheese plates.

D.C.’s Mari Vanna is the newest member of the Ginza Project’s Russia-based mini-chain. The other Mari Vanna restaurants are in New York, Los Angeles, London, Moscow and, its original location, St. Petersburg.

But the D.C. Mari Vanna is the largest — and again, options abound. Its three floors house an expansive ground-level bar and dining area, a second-floor dining room that overlooks the floor below, and a private third-floor lounge. Despite its size, Mari Vanna is already crowded during prime dining hours even on weekdays, a testament to the fact that good, solid food in a homey atmosphere is still a powerful formula for success, even by Washington’s fly-by-night trendy standards.

On several recent visits, conversations in Russian filled the air, with the noise level rising gradually throughout the evening as more of the excellent infused vodkas were consumed, lending an even greater sense of authenticity. The staff are agreeably casual and sometimes amusingly vague about the food, as you might expect when visiting someone’s home. And the accordion player who performs sporadically is a perfect touch.

The overall effect is fun and comfort without pretense. And let’s face it, Russians can eat and drink with the best of them. And now they can do it with Washingtonians.