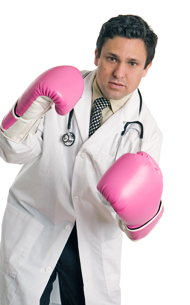 During the month of October, everything from tennis balls to eyelash curlers to handguns is painted pink for “breast cancer awareness.” (Is there anyone left who isn’t aware of breast cancer?) Newspapers, websites and broadcast outlets run ceaseless headlines about the latest breast cancer stories.

But the real news in breast cancer doesn’t come in October. Instead, it comes two times a year: in June, at the annual meeting of the American Society of Clinical Oncology (ASCO), and in December, when researchers converge on Texas for the San Antonio Breast Cancer Symposium. Let’s take a look at what exciting new findings came out of San Antonio at the end of 2011.

In 2005, studies on a little drug called Herceptin, presented at ASCO and then in San Antonio, left often-cynical scientists and breast cancer advocates literally in tears. Applause rang through the room as scientists presented the almost unprecedented finding that the drug, which targets a subset of breast cancer that over-expresses a protein called HER2/neu, reduces cancer recurrence by approximately 50 percent in these women.

Prior to Herceptin, HER2/neu positive disease — which makes up about 20 percent of all breast cancers — was the type of breast cancer you didn’t want to get. It’s nasty and aggressive. But thanks to Herceptin, today it’s good news to hear that your breast cancer is HER2-positive. And after San Antonio 2011, the picture for women with this type of cancer is even brighter.

The results presented at the 2011 meeting involved a cousin-drug to Herceptin known as pertuzumab (brand name Omnitarg). Like Herceptin, Omnitarg also attacks HER2 over-expression, but comes at it in a slightly different way.

The CLEOPATRA (Clinical Evaluation of Pertuzumaband and Trastuzumab), which compared Herceptin plus chemotherapy alone to Herceptin plus chemotherapy and Omnitarg, found that women with metastatic breast cancer did significantly better when Omnitarg was added to their regimen. In fact, their “progression-free survival” time (how long it took for the disease to start advancing again) was extended by about 50 percent, from an average of 12.4 months to an average of 18.5 months. And all this was achieved with almost no increase in any sort of significant side effects.

Of course, the Holy Grail with cancer treatment isn’t just “progression-free survival” but “overall survival.” In other words, do women who take this drug actually live longer than those who don’t? It seems logical that keeping the disease at bay longer should translate to living longer as well, but that’s not always the case.

Herceptin has repeatedly been proven to improve overall survival as well as reducing recurrence of the disease, but the new studies of the Omnitarg combination don’t have enough data yet to answer that question.

However, initial results look promising: As of the conference, there were only 69 deaths among the 406 patients getting Omnitarg, compared with 96 deaths among the 402 women receiving Herceptin and chemotherapy alone. That’s pretty significant, but not a big enough difference to warrant stopping the trial altogether and switching everyone in it to the combination therapy (which is what happened with the original Herceptin trials). A planned 2013 update should reveal whether or not Omnitarg can really extend life for women with breast cancer.

In November 2011, the Food and Drug Administration took the somewhat unusual step of removing its approval for the use of bevacizumab (Avastin) to treat metastatic HER2-negative breast cancer in combination with a chemotherapy drug called docetaxel (Taxotere). This decision was made, they explained, because Avastin’s significant and sometimes life-threatening side effects (like heart damage, kidney damage and intestinal perforations) did not appear to be outweighed by improved survival.

But many breast cancer specialists disagree and continue treating patients with the drug “off-label.” And now, a study presented in San Antonio suggests the drug may have benefits for women with metastatic breast cancer who are HER2-positive, not negative. Combining Avastin with Herceptin and Taxotere led to a nearly three-month improvement in progression-free survival for these patients, according to results from a 60-center trial known as AVEREL, which studied more than 400 patients. It was the first randomized trial of Avastin in HER2-positive patients. Although the trial was sponsored by Roche, which makes the drug, an independent analysis performed by investigators not connected with the primary trial yielded similar findings.

“Bevacizumab is alive and well,” declared Dr. Gabriel Hortobagyi, who directs the breast cancer research program at Houston’s MD Anderson Cancer Center but was not involved in this trial. “I continue to treat patients with it in my clinic. We continue to run clinical trials that include bevacizumab. I have gone public several times, criticizing the FDA decision, although I understand the challenges they face.” 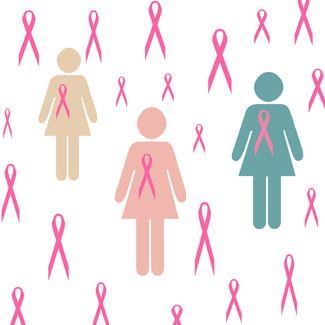 Avastin is also FDA-approved to treat four other types of cancer. What appears clear from these results, and those of other trials, is that there likely is some subgroup of breast cancer patients who can benefit significantly from Avastin, but there’s not yet a test that can determine exactly who those patients are.

A relatively new targeted therapy called everolimus (brand name Afinitor), which has already been approved by the Food and Drug Administration to treat kidney cancer as well as certain types of brain tumors and pancreatic cancers, slows the progression of breast cancer by more than four months. That’s the finding of the Breast Cancer Trials of Oral Everolimus (BOLERO-2) presented in San Antonio. Postmenopausal women with hormone-positive metastatic breast cancer who had Afinitor added to their treatment regimen had a median 7.2 months of progression-free survival compared with just 3.2 months for women who were on only a standard treatment regimen plus placebo.

“These results establish a new standard of care for this group of patients,” said Dr. Hortobagyi, the lead investigator for BOLERO-2. He declared the results “a major paradigm shift in the management of estrogen receptor-positive, HER2-negative breast cancer.” But, as with the CLEOPATRA and AVEREL trials, it’s not yet known if this approach extends overall survival.

So there was good news coming out of San Antonio for both women with HER2-positive breast cancers and hormone-positive breast cancers. Unfortunately, there wasn’t much promising reported for another population of women with particularly hard to treat cancers known as “triple negative.” These women make up about 15 percent of breast cancer patients. Their tumors don’t over-express HER2, and they’re not fed by the hormones estrogen and progesterone. So neither Herceptin nor hormonal therapies like tamoxifen and aromatase inhibitors can be added to their treatment regimens as a further defense against their disease.

There had been great hope that an investigational drug called iniparib, part of a class of medications called PARP inhibitors (they target a particular enzyme involved in DNA repair), might be effective in triple negative breast cancer, based on phase II clinical trials. But at the ASCO meeting in June, results of a larger phase III trial were disappointing, showing no improvement in survival among women with metastatic triple negative cancer when iniparib was added to a standard medication.

So while there’s much to be excited about in the news from San Antonio, the picture remains partly cloudy. Until the puzzle of triple negative breast cancer can be deciphered by finding new targets for therapy that are effective in these women, there will continue to be major roadblocks in the path of progress against breast cancer overall.