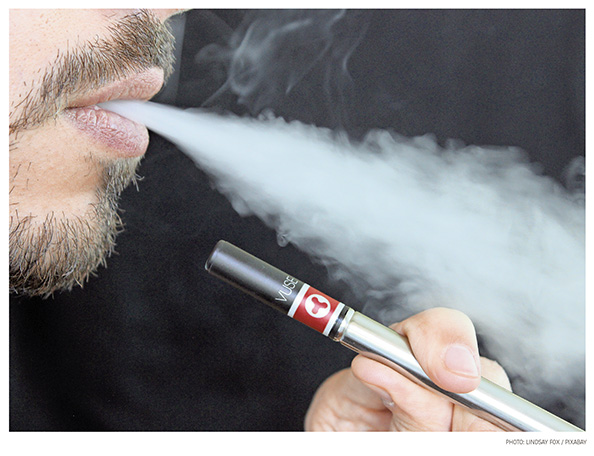 The number of confirmed or suspected severe lung illnesses linked to vaping has leapt to 530 cases across 38 states and the Virgin Islands, U.S. health officials reported on Sept. 19. There have also been seven confirmed deaths in six states — California, Illinois, Indiana, Kansas, Minnesota and Oregon, officials added.

“Although the investigation continues, no consistent e-cigarette or vaping product, substance, additive or brand has been identified in all cases, nor has any one product or substance been conclusively linked to lung injury in patients,” Dr. Anne Schuchat, principal deputy director of the U.S. Centers for Disease Control and Prevention, said during a media briefing.

The U.S. Food and Drug Administration now has more than 150 vaping product samples tied to these cases and is analyzing them for any potential clues, said Mitch Zeller, director of the FDA’s Center for Tobacco Products.

“FDA is analyzing these samples for the presence of a broad range of chemicals,” Zeller said. He also mentioned that the FDA’s Office of Criminal Investigations (OCI) is participating in ongoing efforts to figure out what is making these people sick.

Zeller declined to comment on any potential criminal cases that might result from the OCI’s involvement. However, he noted that “OCI is not pursuing any prosecutions associated with personal use of any controlled substances in these cases.”

The investigation has been hampered by the fact that there are so many different vaping products on the market being used in many different ways, Schuchat and Zeller explained.

There’s also the possibility that some people have been sickened by exposure to more than one type of product, Schuchat noted.

One potential culprit is an oily chemical called vitamin E acetate. Vitamin E acetate is typically available as a dietary supplement and skin treatment, and it continues to be found in some of the samples, Zeller said.

But Zeller added that “our laboratory analysis continues to show a mix of results. There’s no one compound, ingredient, constituent — including vitamin E acetate — that’s showing up in all of the samples tested.”

Nearly three-quarters of the people who’ve developed lung injury from vaping are male, Schuchat said, and more than half the cases are in people younger than 25.

Symptoms include cough, shortness of breath and chest pains. Some patients have had so much trouble breathing that they wind up on oxygen, and in extreme cases placed on a mechanical ventilator.

“Until we know more, if you are concerned about these specific health risks, CDC recommends you not use an e-cigarette or vaping product,” Schuchat said.

Former smokers should ask their doctor about using a nicotine patch or gum, Schuchat added.

Health officials particularly warn against buying any vaping products off the street, especially if they’ve been laced with THC, the compound in marijuana that gets you high, Zeller said.

But again, THC products have not been involved in all the cases, Schuchat said. Some patients have used products containing THC and others containing nicotine, while some have only used nicotine products.