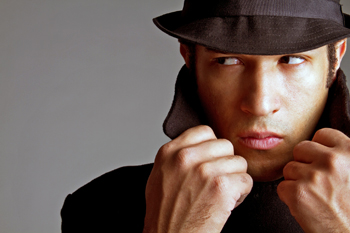 Watch what you say: That young intern heading into Washington on the Metro might be training with the CIA. That’s partly because the U.S. intelligence agency offers one of the most generous scholarships for college students — $18,000 a year to successful applicants, with few strings attached.

Besides the requirement of working for the CIA after graduation for one and a half years for every year of scholarship aid received, recipients have to maintain good grades while at school. But even though the CIA is best known for espionage and intelligence, that’s not all it or any other U.S. intelligence agency does — and there are quite a few of those agencies. So students with a CIA scholarship can study whatever they want.

Not to be outdone, the DIA, or Defense Intelligence Agency, offers students majoring in everything from international relations to toxicology paid internships or generous scholarships. Seniors in high school can apply for the scholarship, and then have to get their choice of university approved by the DIA.

If a young man or woman thinks they might be interested in a career in military intelligence, this scholarship is well worth it. The DIA not only pays $18,000 toward tuition and fees, but it also reimburses the cost of books and supplies, pays the student an annual salary, and guarantees them a full-time summer job that’s related to what they’re studying at university.

That’s not all, though. The DIA also provides health and life insurance, retirement benefits, and a guaranteed job at the DIA after graduation. And it’s not just filing papers: The job is “appropriate to their skills and abilities.”

While in school, students must maintain an overall cumulative grade point average (GPA) of 2.75 for the freshman year and 3.0 on a 4.0 scale (or its equivalent) for each semester/quarter thereafter.

The scholarships are aimed at bringing a more diverse, and more diversely trained and qualified talent pool into the U.S. intelligence community.

Another program set up to achieve that end is the Intelligence Community Center of Academic Excellence (IC CAE), which began in 2005. The program falls under the umbrella of the Office of the Director of National Intelligence (ODNI), the parent company, if you like, of the CIA, DIA and 14 other U.S. intelligence agencies, including some that might not automatically be associated with intelligence gathering, such as the Departments of the Treasury, Environment and Energy. 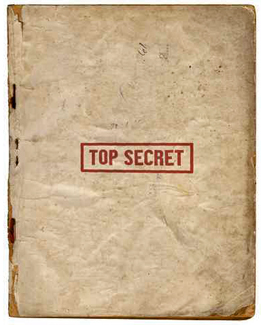 But of course, intelligence gathering isn’t all ODNI agencies do. Around a dozen U.S. universities, from Virginia Tech to Howard and Trinity University in D.C., to Wayne State in Detroit and California State, are part of IC CAE. Schools selected to be participants in the program receive a grant from the ODNI and set up their own unique curriculum to avoid producing “cookie-cutter” intelligence officers.

Virginia Tech says its CAE program is aimed at “helping to meet the intelligence community’s critical need for diverse personnel who possess the technological, analytic and critical language capabilities needed for the 21st-century world.” Students from all majors who are interested in a career in national security are eligible for scholarships and fellowships, including “substantive study abroad experiences,” the university’s website says.

The State Department, which is part of the same intelligence community as the CIA and FBI, offers language programs that have the added draw of whisking you off to places like Morocco, Indonesia, Jordan, Korea or a dozen other destinations.

Language scholars do not all have their eyes on an intelligence career. William Zeman, who studied Turkish as a Critical Language Scholar, moved to Istanbul after he’d finished his studies and is now a copy editor for the Oxford Business Group and a freelance journalist who regularly contributes pieces to Time Out Istanbul. And scholar Damian Harris-Hernandez, who also studied Turkish, produced a short film about the Pink Bicycle Movement, which wants to get more Turkish women and girls on bikes. Harris-Hernandez voiced the film in Turkish, proof that the scholarship works.