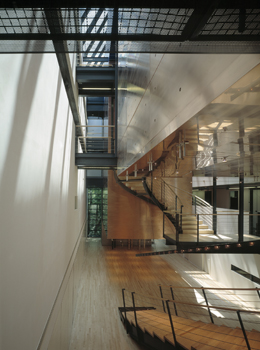 The Embassy of Finland, an eco-friendly, glass-encased building on Massachusetts Avenue, is frequently sought out by groups eager to rent the modern facility, though the embassy has a strict policy that requires activities to be both charitable in nature and somehow connected to the embassy’s mission.

It’s long been a mainstay of foreign embassies in Washington to open their doors to the public. Cultural events, art exhibits, national day receptions, political discussions and holiday parties — they are all an integral part of doing diplomacy in the nation’s capitol.

Such events are generally well attended, attracting both members of the country’s Diaspora and folks drawn to the intrigue of embassy life — the interesting architecture, buildings rich with history, and cultural charms that few American cities hold claim to.

They naturally generate the kind of appeal that any event planner or private organization would crave, so it’s not surprising that an increasing number of private groups are looking to embassies when it comes time to book a venue for their big event.

For example, Things To Do DC, an organization that plans social events for thousands of young professionals, regularly promotes galas and other black-tie events hosted at various embassies throughout the city, including missions not often open to the public, such as Saudi Arabia. International Club of DC, a similar group, is hosting social gatherings at the embassies of Korea, Uzbekistan and France this month alone. The promotions for such events have all the makings of grand-scale soirees: dance lessons, live performances, wine receptions, art exhibits and specialty cuisine — and ticket prices to match the activities. A recent Things to Do fête at the German Embassy to mark the Köln Karneval celebration (taking place in Germany at the same time) cost upward of 0 per person.

Despite appearances, embassy staff say such events aren’t revenue generators. In fact, many missions will often donate their spaces to select groups as a way to support fundraisers and charitable causes. For the most part, embassies will only close their doors for private events that serve one of two purposes: to foster appreciation of native culture or to benefit charity. Often, the two are combined.

“The Embassy of the Republic of Croatia doesn’t rent its premises for material gain to private groups,” embassy officials told The Washington Diplomat in an e-mailed statement. “We sponsor certain charity events where we provide the premises of the embassy free of charge as our contribution to aid these events, often in the service of a charitable foundation. We also use the opportunity to promote Croatian culture and history.”

In other words, the buildings of cultural dignitaries and foreign ambassadors are not the venues for individuals to host weddings, bar mitzvahs or — heaven forbid — blowout birthday bashes. It’s an unwritten rule that’s quietly confirmed on embassy Web sites, which rarely make mention of anything related to rental facilities.

On the other hand, many embassies have found that embracing private and nonprofit groups is a great way to spread cultural awareness.

The Austrian Embassy bulks up its regular event offerings at its on-site Austrian Cultural Forum by forging strategic partnerships with various area cultural organizations. In February, for instance, the forum featured a performance of the Virginia Opera in addition to its regular concert and lecture series.

Other partnerships are a natural fit. The highly active French Embassy, otherwise known as La Maison Française, which holds a plethora of events from concerts to champagne tastings to film screenings, regularly cooperates with the local French group Alliance Française de Washington. 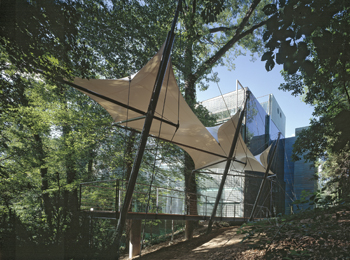 Finland has offered its embassy space to charitable functions, especially those connected with Finnish causes, such as an event on how to arrange environmental jobs for Iraq and Afghanistan war veterans.

Also prevalent is the embassy-charity connection, whereby some of the area’s top social galas and benefits regularly rely on diplomatic participation. French Ambassador Pierre Vimont frequently opens his embassy off Reservoir Road as well as his grand residence in the Kalorama neighborhood to groups such as Innocents at Risk, Arts for the Aging and the Washington National Opera, which held its Midwinter Fête at the embassy last month. Incidentally, the WNO is set to hold its big annual Opera Ball at the Russian Embassy in May. That ball is also preceded by dinners at dozens of embassies and ambassadorial residences throughout town, a practice used by other groups such as the Meridian International Center for their annual benefits as well. Other popular venues for prestigious charity fundraisers include the Italian Embassy on Observatory Circle, the House of Sweden overlooking the Potomac River in Georgetown, and the ultra-modern German residence off Foxhall Road.

Such events, while hosted by private groups, aren’t really private. Most are open to the public, with tickets or other fees for smaller events covering basic costs like security staffing and clean up, and pricier gala tickets going to raise funds for the particular charity.

In addition, many one-time events are planned and executed by individuals who simply enjoy the uniqueness of an embassy environment.

“People are more likely to attend an event that’s hosted at an embassy,” said Bruce McBarnette, a local attorney who regularly plans special fundraisers to benefit nonprofits for which he volunteers. “I have an eclectic group of friends and colleagues who appreciate diversity in culture and have a fair amount of background in international travel.”

Most recently, McBarnette hosted a private reception at the Embassy of Croatia, where invited guests paid to watch a live broadcast from Hollywood of the Screen Actors Guild Awards ceremony while enjoying refreshments and a display from local artists. All proceeds went to Charlie’s Place, a nonprofit serving the homeless with which McBarnette is involved.

True, the event could’ve been hosted at any number of venues. But McBarnette has had great experiences with the Croatian Embassy in the past and knew he was likely to get a good turnout at the location.

Such is the case at the Embassy of Finland, a modern glass-encased building perched among treetops just off Massachusetts Avenue. The eco-friendly embassy — the first in the U.S. to be given the Green Building Council’s certification of Leadership in Energy and Environmental Design (LEED) — is sought out by groups eager to rent what’s been referred to as “Embassy Row’s green jewel.”

The facility though has a strict policy that requires all activities to be both charitable in nature and somehow connected to the mission of the embassy. One memorable event dealt with how to arrange green jobs for Iraq and Afghanistan war veterans. Another benefited a group that works to prevent the spread of HIV/AIDS among teens.

There are still plenty of embassies that opt to steer clear of private groups, citing potential conflicts of interest. Those that do welcome local organizations, according to event planners, have done a good job of instituting policies that make it truly appealing to only a select number of nonprofits and nongovernmental organizations. While fees tend to be more cost-effective than with other venues, intensive vetting processes often means that organizations can wait as long as a month to get the go-ahead on booking the date.

Is it worth the wait?

“Every embassy I’ve ever worked with has been wonderful and accommodating,” said Bryant. “I’ve had great experiences and would recommend them.”