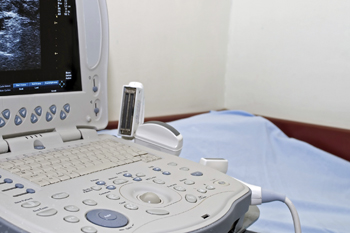 On a more serious note, fertility researchers know what that word means to hopeful would-be parents — and are aiming to remove it from their vocabulary.

Recent advances in assisted reproductive technology (ART, for those in the know) make modern fertility treatment seem like science fiction.

There’s the EmbryoScope, an “IVF incubator” that allows continuous, real-time monitoring of the progression of fertilized eggs from zygote to morula to blastocyst, until they are ready to be implanted in a woman’s uterus at around the seventh day after fertilization.

IVF, incidentally, refers to in vitro fertilization, the pioneering technology developed in the late 1970s by Nobel Prize winner Robert Edwards, who just died in April at the age of 87. Since the birth of the world’s first “test tube” baby in 1978, IVF has helped to bring millions of children into the world by fertilizing an egg with sperm in the lab (in vitro) and then transferring the embryo into a woman.

But there’s still no guarantee of success with IVF, which can easily wind up costing tens of thousands of dollars, and so the science of infertility continues to press on. The EmbryoScope tries to take some of the guesswork out of IVF with a built-in camera and computer system that lets reproductive endocrinologists choose the embryos that have the best chance of successfully growing into a healthy baby before implanting them into a woman’s uterus. The continuous-imaging technology is already available at a handful of top fertility centers, including the Cleveland Clinic, where the first births from EmbryoScope have already occurred.

There’s also the “artificial ovary” developed by researchers at Brown University that can grow early egg follicles into mature, ready-to-fertilize eggs outside a woman’s body — which could help preserve fertility for women facing chemotherapy or other medical treatments.

But possibly the most important recent development in ART — in terms of how many people it may ultimately help to have the biological child they want — isn’t a dramatic new technology, but a long-awaited improvement on a somewhat older one. It’s known as “flash freezing,” or vitrification, and it’s the best method reproductive endocrinologists now have to freeze a woman’s eggs for future fertilization and implantation.

Here’s the problem: A lot of couples’ (and individuals’) fertility struggles stem from the fact that women’s eggs, unlike our sense of humor and style, do not get better with age. Scientists estimate that by the age of 40, 90 percent of a woman’s eggs have some sort of abnormality. A new model released last year by researchers in the United Kingdom found that a 30-year-old woman who’s been trying to get pregnant for three months has a 16 percent chance of getting pregnant in her next menstrual cycle; her 40-year-old counterpart has just a 7 percent chance.

With this harsh biological reality making headlines more frequently, more and more young women are thinking about preserving their fertility in their late 20s or early 30s, until they: are married/done with graduate school/have made partner/finish their residency/have traveled the world, etc.

Women who are already married or have a life partner and want to harvest eggs, fertilize them, and freeze the embryos until they’re ready to start a family are in luck. That technology is pretty state of the art and has good success rates. At Shady Grove Fertility Center in Maryland, for example, about 45 percent of thawed frozen embryos result in a successful pregnancy. (These figures will always vary based on the specific fertility center.)

But up until recently, single women who wanted to freeze and preserve their eggs, then thaw them to be fertilized later — when they had met the guy who was not only Mr. Right but Mr. Dad — faced much longer odds.

That’s because eggs are much more delicate and sensitive to the damage from the freezing process than embryos are. The human egg is the largest cell in the body, and that means it’s full of water. What happens to water when it freezes? Right. It turns to ice. These ice crystals can injure or destroy the frozen eggs.

In the 1990s and 2000s, egg freezing was considered “experimental” at best and very risky at worst. Not only might you freeze eggs and think you had preserved your fertility for the future, only to find out years later that the eggs had not survived, you might actually fertilize an egg that had sustained undetectable damage from the freezing process, leading to an unknown host of potential birth defects.

In 2005, leading fertility specialists in New York told New York magazine that egg freezing represented an illusory promise. “The chance for success with this procedure is exceedingly low,” said Dr. Zev Rosenwaks, director of the Center for Reproductive Medicine and Infertility at the Cornell Institute.

That’s not to say that no one was using egg freezing during these years. There were a number of successful pregnancies as a result of egg freezing up through the early 2000s. Experts differ as to exactly how many, but there were probably at least 300 to 400 by 2007, according to a news report published that fall in Nature, and fewer than 1 percent of those had detectable abnormalities (comparable to a natural pregnancy). In fact, Shady Grove’s present IVF director, Michael Tucker, was the first to freeze an egg and deliver a baby in the United States, back in 1997.

But for much of the last decade the accepted wisdom in the ART field was that egg freezing would ultimately yield a viable pregnancy at only about half the rate that embryo freezing would.

As of last fall, however, that all changed. In October, the American Society for Reproductive Medicine (ASRM) declared the technology to be no longer “experimental,” based on new data from four randomized controlled trials along with several other studies.

In other words, egg freezing using the “vitrification” technique is now ready for prime time.

Vitrification technically isn’t “freezing” at all, some say. Instead, the extremely rapid temperature reduction induces a state resembling glass. Each egg is placed into liquid nitrogen and stored frozen at -196° Celsius, until the patient is ready to conceive. But whatever you call it, it appears far superior to older “slow freezing” methods. This technique, ASRM says, now results in “pregnancy rates and health outcomes comparable to those of IVF with fresh eggs.”

“Marketing this technology for the purpose of deferring childbearing may give women false hope and encourage women to delay childbearing. Patients who wish to pursue this technology should be carefully counseled,” says the same ASRM report that dubbed egg freezing “no longer experimental.”

Fair enough. There are a lot of cautionary notes — emotional, medical and, of course, financial (it can cost up to $15,000 to retrieve eggs for freezing).

And then there are a whole host of other ethical and social responsibility questions. For example, assuming that we can now more or less reliably freeze eggs at the age of 32, how old is too old to thaw and implant them? 45? 50? Older? The uterus does not age at nearly the same rate as the ovaries, so it’s not unimaginable that a postmenopausal woman of 55 or even 60 could give birth to a baby from an egg frozen when she was 32.

But the fact that we can even have these debates — that science has put these developments within the realm of reasonable possibility — is amazing in and of itself.