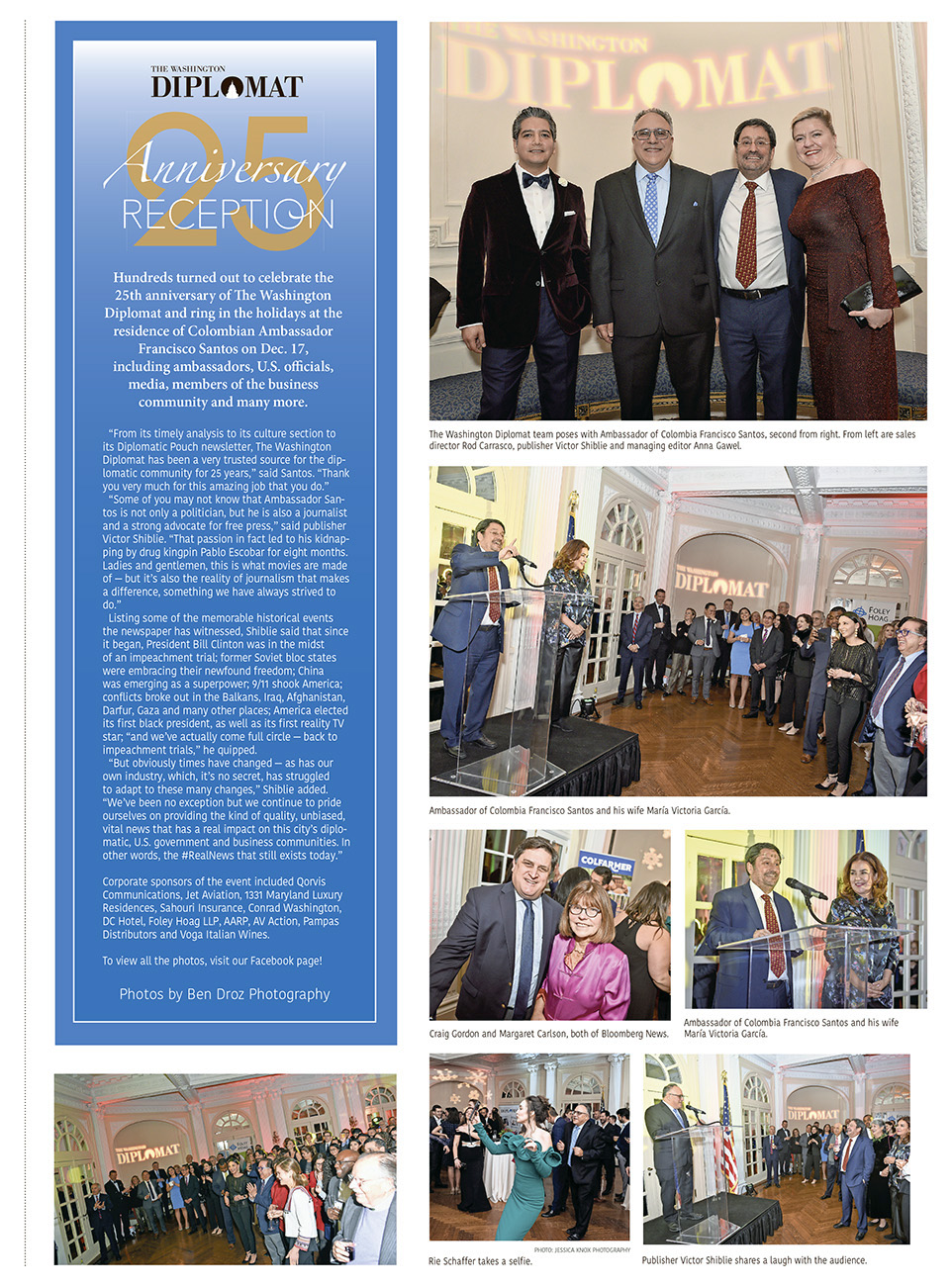 Hundreds turned out to celebrate the 25th anniversary of The Washington Diplomat and ring in the holidays at the residence of Colombian Ambassador Francisco Santos on Dec. 17, including ambassadors, U.S. officials, media, members of the business community and many more.

“From its timely analysis to its culture section to its Diplomatic Pouch newsletter, The Washington Diplomat has been a very trusted source for the diplomatic community for 25 years,” said Santos. “Thank you very much for this amazing job that you do.”

“Some of you may not know that Ambassador Santos is not only a politician, but he is also a journalist and a strong advocate for free press,” said publisher Victor Shiblie. “That passion in fact led to his kidnapping by drug kingpin Pablo Escobar for eight months. Ladies and gentlemen, this is what movies are made of — but it’s also the reality of journalism that makes a difference, something we have always strived to do.”

Listing some of the memorable historical events the newspaper has witnessed, Shiblie said that since it began, President Bill Clinton was in the midst of an impeachment trial; former Soviet bloc states were embracing their newfound freedom; China was emerging as a superpower; 9/11 shook America; conflicts broke out in the Balkans, Iraq, Afghanistan, Darfur, Gaza and many other places; America elected its first black president, as well as its first reality TV star; “and we’ve actually come full circle — back to impeachment trials,” he quipped.

“But obviously times have changed — as has our own industry, which, it’s no secret, has struggled to adapt to these many changes,” Shiblie added. “We’ve been no exception but we continue to pride ourselves on providing the kind of quality, unbiased, vital news that has a real impact on this city’s diplomatic, U.S. government and business communities. In other words, the #RealNews that still exists today.”

For all of the photos from the party, visit our Facebook page!