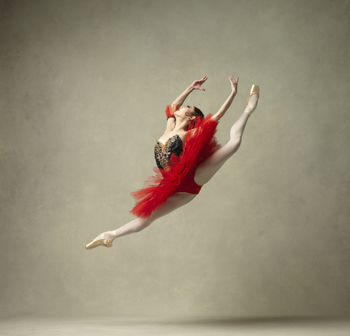 With the exception of Spanish soap operas, tango classes and musicians ranging from rapper Pitbull to 1950s Cuban-American television icon Ricky Ricardo, most average Americans’ exposure to Latin culture is spotty, at best.

Just as he’s spent years trying to change the perception of ballet in Washington, Septime Webre, artistic director of the Washington Ballet, is hoping to broaden the city’s appreciation of Latin culture with the launch of “PROJECT GLOBAL,” the dance troupe’s multiyear initiative that aims to highlight and celebrate different cultures around the world. This year’s inaugural festival focuses on Latin dance and music, running from late September to the middle of November. A centerpiece of the event will be “Latin Heat,” a five-act extravaganza that combines classical ballet with a variety of Latin dance styles including salsa, flamenco and tango.

The novel festival is the latest in a series of innovative ideas Webre has brought to the Washington Ballet since taking the helm 16 years ago, transforming it from a sleepy dance company into one of the hottest tickets in town.

Born in New Orleans to a large family, Webre’s mother fled Cuba when Fidel Castro took power. Growing up, Webre spent time in the Bahamas, Sudan and Texas, where he earned his bachelor’s degree.

His international passion and Cuban roots have shaped the Washington Ballet, founded in 1944. Under his leadership, the company has toured the world, including Webre’s native Cuba, and brought on a diverse cast of international stars to support Webre’s expansive vision. Two African American dancers were recently cast as the leads in “Swan Lake,” and the company’s dancers hail from over a dozen countries, including Albania, Japan and, of course, Cuba.

When asked how his latest culturally diverse ensemble of work was selected, Webre emphasized the need for both balance and cohesion. “Putting together a good ballet repertoire is like planning a gourmet meal,” the larger-than-life artistic director told The Washington Diplomat. “There needs to be a variety of different textures and flavors throughout the evening, but the overall experience should be a cohesive one. The audience should leave at the end of the night feeling as if they’ve been on a marvelous journey with many unexpected twists and turns, but that there was also a unifying logic under it all.”

The logic behind “Latin Heat” can be succinctly summed up in one word: fusion. Not only do the performances combine ballet — an age-old European dance tradition with aristocratic undertones — with the more contemporary and warm sensuality of Latin dance, but they also represent the deeper synthesis of the human cultural experience.

“‘Latin Heat’ is not about Latin dance in its traditional forms so much as the fusion that happens in today’s global reality, when dancers and artists move between cultures and influence each other’s work,” Webre explained. “At its heart, it’s really about the Latin identity; when Latino-Americans come to the United States, they remain Latino, but their cultural expression is fused with that of the American mainstream. ‘Latin Heat’ reflects the way in which traditional Latin culture has changed and morphed over time with the addition of new influences, but still manages to remain contemporary.”

This sense of cultural fusion is weaved throughout many of the individual works. For instance, “5 Tangos” combines contemporary ballet with the energy, sensuality and seamless flow of tango. “One of tango’s most important qualities is its ability to make a direct connection between individuals,” Webre said, referring to the way in which pairs of tango dancers synchronize their movements. The performance also features international dancers from diverse locations around the globe, including Venezuela, South Africa, Japan, Hungary and Tucson, Ariz.

“Don Quixote,” a Spanish-themed duet, is another work that melds ballet with stylistic references to Latin dance, and that also reinvents one of the most famous romantic tales of European literature using Latin characters and settings. Webre pointed out that mixing ballet with other cultural styles is hardly a new practice. “Ballet performances in 19th-century Russia frequently referenced other cultures such as Spain, India, Scotland and Italy,” he said. “Our performance of ‘Don Quixote’ will follow this tradition of creating a cultural pastiche of many different centuries and places through ballet.”

Webre also raved about “Bitter Sugar,” the closing salsa performance that will give American audiences a taste of the Latin soul that Cuban singer La Lupe was famous for, and which Webre calls an “explosion of dramatic energy.” 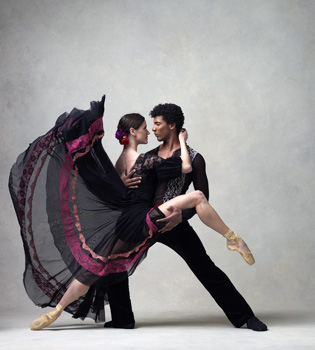 “Mauro de Candia is one of ballet’s rising stars,” Webre said, referring to the visionary Italian choreographer behind the piece. Along with other featured choreographers Annabelle Lopez Ochoa and Edwaard Liang, Candia is an important new voice on the ballet scene, or as Webre put it, “one of the ‘it boys’ of the ballet world.”

Unlike Ochoa and Liang, both of whom have collaborated with the Washington Ballet on numerous projects in the past, the Europe-based Candia has rarely been featured in the United States, and his work will be introduced for the first time to Washington audiences in “Latin Heat.” “I’m so excited about that,” Webre said of the choreographer’s D.C. debut.

Along with “Latin Heat,” this year’s “Project Global” festival will also feature other Latin-themed performances including “theNEWmovement: iFiesta Latina!,” a work based on the experiences of Webre’s mother and aunt growing up in Cuba, and “inthewings: The Latin Invasion,” a performance that explores the contributions of Latin artists to the American cultural landscape. The festival comes to an official close Nov. 14 with “Noche di Pasions,” a dinner-dance fundraiser hosted by the Panamanian ambassador. The annual event raises money for the Washington Ballet’s Latino Dance Fund, an initiative created five years ago to support Hispanic dancers within the company as well as the continued integration of Latin American works into the Washington Ballet’s repertoire.

The festival’s focus on Latin culture is perfectly in line with the larger theme of multiculturalism that has been interwoven throughout the Washington Ballet’s 2015-16 season — and throughout Webre’s tenure.

“The Latin story is one that has not yet been fully told before American audiences, and one of the main goals of ‘Latin Heat,’ and of ‘Project Global,’ is to finally tell that story,” Webre said, adding that this narrative is one that many people familiar with the Latin-American experience will be able to relate to. “Art is at its most powerful when audience members can see their own stories unfolding on the stage.”