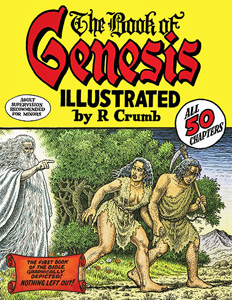 Men burned at the stake, dueling Bibles, the Simpsons and the Messiah, and perhaps the most startling typo ever printed and the harsh punishment for it.

It all sounds like high drama or melodrama, a mash-up of pop culture and dark religious history, but it’s also an intriguing way of adorning an exhibition that consists primarily of centuries-old pages, parchments and books with a little jazz, verve and color.

Then again, perhaps the visual embellishment isn’t really needed for certain literary legends to shine on their own. After all, “In the beginning was the Word.”

Words — including that iconic biblical phrase — are at the heart of “Manifold Greatness: The Creation and Afterlife of the King James Bible,” a stolidly splendid, self-described blockbuster exhibition now at the Folger Shakespeare Library to mark the 400th anniversary year of the publication of the King James Bible in 1611.

When people think, read, recite or talk about the Bible these days, the King James Bible is usually what they’re referring to, in all of its manifestations throughout history. It is not the first nor the only Bible in the English language, but it is quite simply the Bible, one of the world’s most famous texts and a project that was begun at the behest of James I, the son of Mary, Queen of Scots.

King James I was the head of a basically Protestant England when religious strife in the Christian world was still commonplace and horrendous. Such a book would offer an English translation of the Christian Bible and would spread the plainspoken yet lyrical word of God and the Christian religion across the whole of Great Britain, and eventually the New World in America. It was a revolutionary project that changed the world and how we perceive Christianity itself. Moreover, it has had remarkable staying power in its language, which has pervaded our most common conversations as well as our highest, holiest occasions of worship.

“Manifold Greatness” spends a good deal of time documenting this “afterlife” of the King James Bible in public life, literature, entertainment and the arts — from the Folger’s own first edition of the King James Bible, to Handel’s “Messiah” (based largely on the King James Bible), to Bibles owned by Frederick Douglass and Elvis Presley, to the voices of the Apollo 8 astronauts as they read verses from Genesis on Christmas Eve 1968 while orbiting the Moon.

The language of the Bible was meant to be spoken and was originally intended primarily for church use. But thanks to the printing capability of the 1600s that had a democratizing effect on everything, the King James Bible soon spread into homes, becoming treasured personal possessions that not only contained the word of God, but the history of his people, who recorded their births, deaths, marriages and formal progress through life in the pages of the holy book. 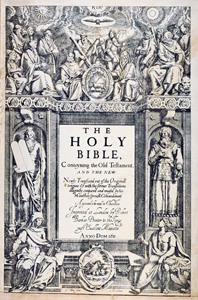 In “Manifold Greatness,” the Folger Shakespeare Library documents 400 years of the King James Bible and its many reincarnations throughout history, including the Folger’s own first edition of the 1611 English language Bible.

“Manifold Greatness,” curated by the Folger’s Steven Galbraith and Hannibal Hamlin of The Ohio State University in lively and intelligent fashion, has depth, focus and an impressive ability to connect the Bible from King James to the king of rock ‘n’ roll and beyond.

In a sense, the words of the King James Bible have become so established in our minds that we take them for granted, making it difficult to envision just how arduous an endeavor it was to translate the Bible, when previous attempts had failed.

In fact, it is impossible to understate both the beauty of the Bible, and the pain and difficulty that led to its creation — men literally gave their lives to put the gospels and Old Testament in print. To contemplate producing an English Bible during a period of religious civil wars between Catholics and Protestants was a dangerous idea for any number of reasons.

When King James herded together England’s church leaders in an effort to reform the institution as a whole, he decided to commission a new Bible. Dozens of scholars worked on translating and putting together elements of previous bibles, including those written in Latin, Greek and Hebrew. It took more than six years to complete the job, with scholars separated into different groups as they sought to make the Bible more poetic yet also more accessible, more precise and plainspoken but soaring with beauty.

And there were mistakes, including an unfortunate printer who left out the word “not” in the “Thou Shalt Not Commit Adultery” passage. The printer who forgot the critical word escaped execution, but languished in debtor’s prison for the rest of his life.

In addition to various copies of the Bible throughout the ages, the exhibition is also full of manuscripts and earlier biblical renditions, which in their centuries-old script and style of writing, as well as the sheer age of the pages, bring history to vivid life. There is the Caedmon Manuscript, an Anglo-Saxon manuscript going back to the year 1000, when, perhaps not coincidentally, the Normans conquered Anglo-Saxon England in 1056. It is not a Bible per se but a series of biblical stories told in verse, including drawings of God creating Eve from Adam’s rib.

We also see the famous text’s enduring influences. The King James Bible emerged in the time of Shakespeare, and it’s hard to think of two greater works with more influence on the English language and literature than the plays of the Bard and the passages of the Bible. Rumors persist that Shakespeare had a hand, or word, in the King James Bible, but like the lingering controversies over the authorship of his plays, there is little substance in the idea that Shakespeare wrote a portion of the Bible.

You can see where the idea might attach itself: Abraham Lincoln, it was said, read both the Bible and the Bard frequently and anything after that might fall a little short in content, glory, solace and beauty.

People throughout time have found inspiration in the Bible, from John Milton and his epic poem “Lost Paradise,” to Martin Luther King’s “I have a dream” speech, to today’s cartoon characters, surfacing in “A Charlie Brown Christmas” and “The Simpsons.”

And this exhibition itself, in celebrating the creation and the words of the King James Bible, seems to have also pulled a reverent piece of history out of the dusty past and put it solidly back into our present, intact and illuminating as ever.

Manifold Greatness: The Creation and Afterlife of the King James Bible