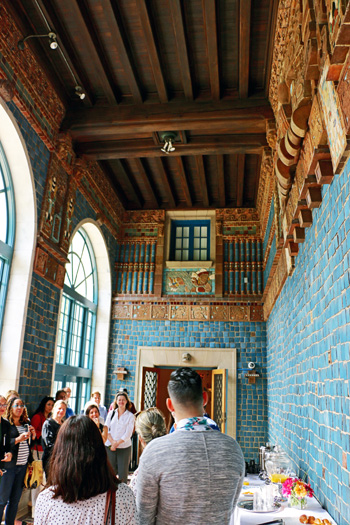 Visitors gather to admire the work of 15 young Cuban artists at the Art Museum of the Americas.

Cuba and the Organization of American States (OAS) have not exactly been the best of friends. Even though Cuba was a founding member of the OAS, the country was effectively suspended from the bloc for much of its existence after Fidel Castro took power and relations between Washington and Havana tumbled.

While President Obama has made historic strides to end the Cold War estrangement between the U.S. and the communist island, Cuba’s relations with the D.C.-based OAS remain strained. Even though the OAS unanimously voted to readmit Cuba in 2009, Havana has said it has no interest in rejoining the bloc — a sentiment Cuban President Raúl Castro recently reiterated after the OAS called for sanctions against Venezuela (also see cover profile).

But a cutting-edge show this summer celebrating Cuban art at the OAS Art Museum of the Americas (AMA) demonstrates the ability of art to transcend politics.

“(Art)Xiomas – CUBAAHORA: The Next Generation,” organized with SPAIN arts & culture, brings together 15 young Cuban artists whose creativity showcases their cultural expression of Cuba, both yesterday and today, through painting, engraving, photography, sculpture, design and video art.

“These artists promote the next generation,” said curator and Cuban art historian Gabriela García Azcuy. “This organization has an interest and a vision committed to defining democracy, human rights and social change.”

The show, in fact, is part of AMA’s centennial celebration of the birth of José Gómez-Sicre, the museum’s founding director. Gómez-Sicre was a noted Cuban lawyer, art critic and author who established one of the finest collections of modern Latin American and Caribbean art in the world. “(Art)Xiomas” continues Gómez-Sicre’s legacy of bringing fresh new artistic talent to the OAS exhibition space.

“Many of these artists are young but very well accomplished,” said Andrés Navia, director of the AMA. “They are sensitive to concepts and detail as well as quality.”

Artists such as Osmeivy Ortega Pacheco touch on environmental interests, using bits of animals, plants and nature. Adislén Reyes Pino incorporates a traditional Cuban custom from the late 19th-century elite who decorated their homes with fine china that showcased the family’s monogram. She adds a twist by using dispensable cups and plates and substituting the original monogram for those of various anonymous, working-class Cuban families to reflect on Cuba’s relationship with its past. 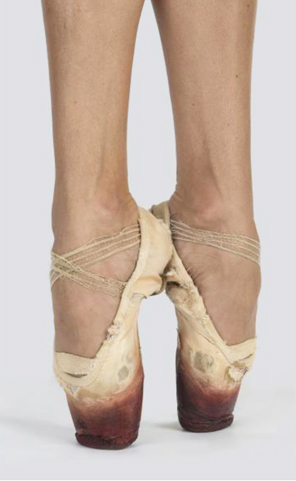 Alex Hernández Dueñas, meanwhile, depicts a series of eagles from different countries to demonstrate how one unifying symbol can convey many different meanings. Adriana Arronte uses moths to elevate the everyday insects and let viewers ponder the myths and superstitions behind living creatures.

Perhaps the most breathtaking section of the exhibit is a room punctuated by red, white and blue thread cascading from the ceiling. One of the featured artists (who studied at elite art schools in Cuba) put herself into a glass-enclosed cage and weaved red thread in and out around her while she walked back and forth completely nude. The vulnerability and visuals harkened to the phrase “what a tangled web we weave.”

In another striking image, Grethell Rasúa trains her camera lens on the blood-tipped pointe slippers of a ballerina from the National Ballet of Cuba. The photo is accompanied with the description: “The best way to be en pointe is giving it all.” It is both horrifying and reflective, forcing viewers to stare at the image despite its rawness and contemplate the ugly sacrifices behind the otherwise seemingly elegant profession.

The turbulent political landscape that dominates Cuban history is woven into many of the pieces — sometimes literally. Jorge Otero’s straw-wrapped bodies from his “War Hero” series evoke the anonymous peasant workers who fought for Cuban independence against Spain in the late 1800s.

Beyond these obvious political and historical undercurrents, however, the overarching purpose of the show is to highlight the breadth of Cuban creativity and talent, from Gómez-Sicre’s groundbreaking work decades ago to the artists emerging today.

In addition to the exhibit, AMA is hosting a symposium on Sept. 15 that will juxtapose Gómez-Sicre’s promotion of Cuban art — beginning with the 1944 publication “Cuban Painting of Today” — with the efforts scholars, art museums and other institutions to support contemporary Cuban art.