Home The Washington Diplomat February 2010 Object of My Abstraction 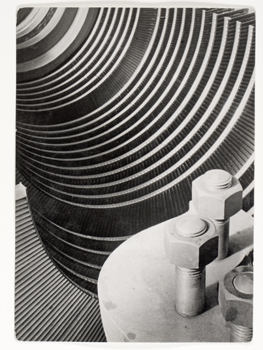 If you go to the Phillips Collection, by all means check out the gallery’s rich permanent collection comprising nearly 3,000 works by American and European masters — among them Paul Cézanne, Pablo Picasso, Vincent van Gogh, Henri Matisse, Paul Klee, Alexander Calder, Alfred Stieglitz and Mark Rothko. Or perhaps explore the gallery’s special exhibitions, such as the recent “Man Ray, African Art and the Modernist Lens” or the upcoming “Georgia O’Keeffe: Abstraction,” which opens later this month.

After all that, you might be excused if you miss the little display on the second floor of the Goh Annex — a square room with 30 black-and-white, abstract, somewhat obscure works by 10 photographers from Czechoslovakia in the early decades of the 20th century. The names in the show — Jaromír Funke, Jaroslav Rössler, Josef Sudek — may not be as familiar as, say, Picasso, van Gogh or Rothko, but “Object as Subject: Photographs of the Czech Avant-Garde” will surprise you with its revelations about photography, abstraction and perspective.

The show — with its tortured techniques, contentious contentions and free-spirited approach toward debating the role of photography in the world of art — is full of grand ideas couched within the smallest, most modest, most ordinary objects found in daily life.

But unlike traditional still lifes, these images use dramatic lighting and shadows and eye-grabbing geometric forms to highlight everyday objects and, in the process, examine notions of abstract expression.

So what you have here are the nuts and bolts — literally — along with chairs stacked up against each other and grapes and oranges all captured in stunning black and white, destroying their fertile colors but vividly emphasizing line and contour, light and shadow. In a weird way, these stripped-down objects expose everything exalted and profound — tools and surfaces separated from their context of usage to become beautiful in their own right. It’s like shooting the black strands of a horse’s tail in close up to come up with something else entirely. 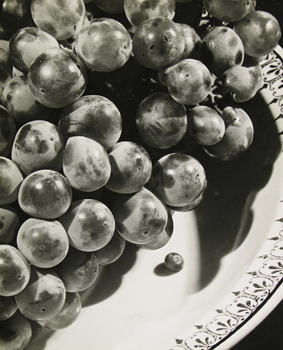 Photography and its practitioners have always had a sort of identity problem from the beginning. The medium’s ability to reproduce reality, whether through images of people or landscapes, was almost an affront to painting, an ugly stepchild at best. That is, until photographers themselves decided that what they did was also art and not just a kind of historic record — producing haunting, poetic and painterly photographs, led by pioneers like Alfred Stieglitz and Edward Steichen.

So when painters jumped off the cliff into impressionism, post-impressionism, the geometrics of cubism, and the bewildering circus of abstraction and surrealism, photography was bound to follow. Wherever art was experimental and brave, photographers played their part.

And perhaps nowhere outside of Paris was photography more alive with experimentation and the sheer force of revolution than in Prague, capital of Czechoslovakia, itself something of an artificial construct as a newly minted nation that is now split in two.

Excitable, gifted photographers — in particular Jaroslav Rössler, Josef Sudek and Jaromír Funke, who are heavily represented in the Phillips show — embraced abstraction with all the enthusiasm of a technician falling in love with a trapeze artist. This movement was taking place elsewhere of course, and would soon spill over into commercial photography, but what these artists did — and they were artists — was truly thrilling, reducing the essence of a subject into something barely recognizable yet beautifully metamorphosed. 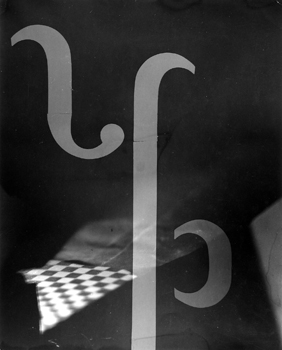 Rössler for instance transformed a bottle of aspirin by placing it next to undulating lines; he brought the texture of grapes to fruitful life, made a wine glass look tipsy, and gave lines and light a foreboding edge.

Likewise, Funke remakes whatever she photographed, setting blurry nudes against sharp steps, making an industrial-strength coil look like a snake about to attack, and creating compositions that pit straight, jagged lines against a round world in a photographic war of shape and form.

Right next door to the Czech show is a part of the Phillips permanent collection where painters roared into the beginnings of abstraction. These Czech innovators made their own noise, infusing photography with the energy of that movement and turning ephemeral objects into lasting vehicles for imagination and transformation.