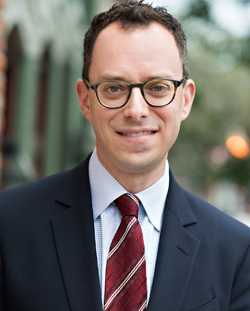 For embassies navigating the Capitol Hill gauntlet, the experience can be byzantine and opaque.

The congressional landscape is dotted by small and autonomous fiefdoms. Staff turnover is high. Institutional memories are low. Couple this with the reality that diplomats steadily rotate through Washington and the results are obvious.

A chasm forms. Institutional barriers take hold. Relationships between Capitol Hill and many embassies are weak, even nonexistent.

This unhelpful dynamic serves the interests of no one, yet it persists.

I saw this reality play out firsthand. For the last four years, I worked as the communications director on the Senate Foreign Relations Committee for ranking member Ben Cardin (D-Md.) and former Chairman Robert Menendez (D-N.J.), and previously on the House Foreign Affairs Committee for ranking member Eliot Engel (D-N.Y.) and former Chairman Howard Berman (D-Calif.).

Now that I have transitioned away from Capitol Hill to open the D.C. office of Prime Strategies, a national public affairs firm, I can share some observations about strengthening this relationship.

Many embassies mistakenly view Capitol Hill as an afterthought, if a thought at all. Prized relationships are maintained with the administration, be it the State Department, Defense Department, National Security Council or other Executive Branch offices.

This is a mistake.

Senators, for instance, are hardly shrinking violets. They can be a country’s best friend or worst nightmare. A powerfully written letter or forceful speech can shake the State Department bureaucracy into action.

These officials are tactile people armed with a Ph.D. in politics. They are substantive, possess long memories and are at ease shaking hands and slapping backs.

Why wouldn’t an embassy make developing this relationship a priority? 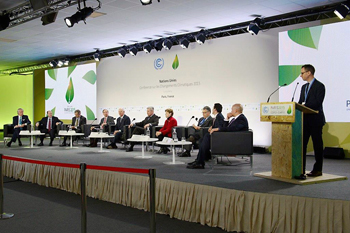 Adam Sharon, a former staffer on the Senate Foreign Relations Committee and House Foreign Affairs Committee, moderates a press conference with 10 U.S. senators at the COP21 climate talks in Paris in December 2015.

Offices may only hear from embassies during foreign aid appropriation season, perhaps when trade agreements are debated or when weapon sales are notified. That does not constitute an effective, two-way relationship.

That mold must be broken and here are a series of recommendations:

• Make the rounds: Meetings between ambassadors and congressional leaders serving on relevant committees are required and can prove immeasurably helpful down the road.

• Many friends are better than fewer friends: Don’t rely on developing a few close friendships. A freshman in Congress could become a committee chairman in the future; a member of the Senate Foreign Relations Committee a secretary of state; a senate staffer an assistant secretary of state or ambassador.

• Your friends are Democrats and Republicans: Foreign policy on the Hill remains a relatively calm island of bipartisanship in a sea of partisanship. Acquaint yourself with both parties. Power inevitably switches hands.

• Don’t bristle when you are asked tough questions about how foreign aid dollars or Foreign Military Financing funds are deployed. These are U.S. taxpayer dollars after all. It’s fair game for lawmakers to inquire.

• Don’t overreact when a congressional member introduces a resolution about your nation that likely will gain no traction. A resolution authored by one elected official is not the policy of the U.S. government.

• Be social: Take senior staffers to lunch and develop a rapport with them. The meal is one of the only exceptions to the gift rules. Don’t make it a two-hour affair though.

• Be very social! Invite lawmakers and staff to the embassy. Receptions are a dime a dozen in Washington. A movie screening at the embassy for a spouse and children? That’s memorable. 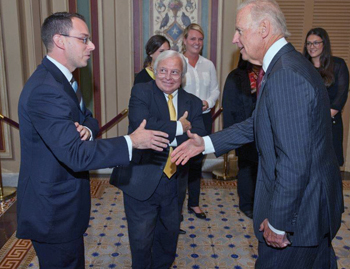 • Staff Delegation (STAFFDEL) trips are critical: Typically, a committee staffer will not participate in a STAFFDEL organized by an embassy; staffers working in a personal office, however, would attend. A substantive trip is a meaningful experience for an up-and-coming aide.

• Diaspora communities and constituency mobilization matter: These voices are influential and passion counts in politics. But be warned: Don’t pursue a legislative agenda that can mess with someone’s reelection.

• What is the ask? Most important, when meeting with a lawmaker or aide, be specific. Determine a priority or two, and clearly express it.

Congress is a co-equal branch of government and it deserves the commensurate respect and attention of foreign governments. Embassies would be well-served engaging Congress, not ignoring it. Do it properly, and the dividends can be innumerable. Do it poorly, and small headaches will turn into migraines.

Adam Sharon is a managing director of Prime Strategies. He was the Democratic communications director for the Senate Foreign Relations Committee and the House Foreign Affairs Committee.