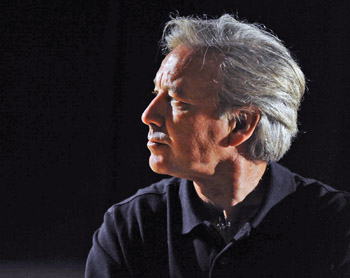 Shostakovich was considered a profoundly important Soviet-era composer and a “citizen artist” during communist-party rule. His music was the pride of his nation — sometimes.

Other times, however, it was attacked as “Muddle Instead of Music,” as the communist newspaper Pravda put it in 1936, and it veered dangerously close to falling out of favor among party officials — notably Stalin himself — for anti-state “formalism.”

During Stalin’s Great Purge in the mid-1930s, Shostakovich saw many colleagues and even family members sent away to labor camps, or worse, so he knew all too well what fate awaited those who defied or displeased the Politburo.

As a result, his entire career was spent balancing his true artistic expression with conforming to the system that gave him an outlet for that expression, albeit not on his own terms.

Thus, after his death in 1975, a new side of Shostakovich surfaced — a far-less-loyal, some say decidedly anti-Soviet streak that had been stifled for decades. The man, as it turned out, was no precious angel but a prisoner of sorts lifted begrudgingly into the U.S.S.R.’s limelight. Under Stalin’s watchful eyes, his artistry was suppressed and his freedom of composition forbidden from incorporating outside influences.

“Shostakovich bore the weight of a hypocritical order that threatened to destroy his life while at the same time decorating him with awards and promoting him abroad as the Revolution’s musical prodigy,” reads one biography of the man in Classical Net, a music history website.

PCE Music Director Angel Gil-Ordóñez takes tremendous pride in offering a holistic view of composers and their music by linking the classics to other art forms such as theater or dance. “Interpreting Shostakovich,” which starts Oct. 5 with a lecture and recital featuring violinist Oleg Rylatko at Georgetown University, will incorporate several film screenings at the National Gallery of Art, including several Shakespearean plays set to Shostakovich’s music along with other films showcasing the composer’s work.

One of those is the 1960 Soviet film “Five Days, Five Nights,” about a communist’s labor of love to restore his bombarded hometown after the destruction of World War II.

Writing the score for such Soviet propaganda protected Shostakovich by putting him in Stalin’s good graces. The murderous dictator was a well-known movie buff, and by keeping Stalin happy, Shostakovich was able to keep himself funded — and alive.

Shostakovich first became a political tool under the Leninists in the 1920s. He was seen as musical prodigy who could rally the people around the communist party. But his work became suspect a decade later when the composer began experimenting with “avant-garde forms, brash harmonies, and sarcastic idioms,” according to one analysis of his work — innovations that the Stalin regime frowned upon.

“He had to change things in his music; he had to delude the music in order to make it sound more ‘patriotic,'” said Gil-Ordóñez. 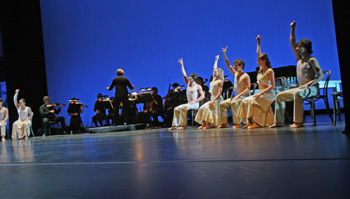 Simultaneously, the Soviets showered Shostakovich with gifts and award. But the artistic suppression haunted him.

“To me he seemed like a trapped man, whose only wish was to be left alone, to the peace of his own art and to the tragic destiny to which he, like most of his countrymen, has been forced to resign himself,” observed fellow Russian composer Nicolas Nabokov.

Music theorists say Shostakovich just barely aired his rebellious thoughts by weaving haunting undertones into his compositions that expressed the very opposite emotions that the songs were expected to project.

The dissonance in his work will be discussed in talks at the PCE’s film screenings. The highlight will undoubtedly be the 1988 film “Testimony,” an award-winning drama about Shostakovich’s plight under the Soviets. Directed by British filmmaker Tony Palmer, the movie renders Shostakovich’s memoirs as transcribed by Russian journalist Solomon Volkov, who befriended the composer and who first reported on Shostakovich’s meandering loyalties.

In a real treat for the audience, both Palmer and Volkov will attend the screening on Nov. 3 and take questions. They’ll also grace the stage later that evening at the full Post-Classical Ensemble concert at the historic Dumbarton Church in Georgetown.

Early next year, Post-Classical Ensemble will switch gears and celebrate a composer who had quite the opposite experience with his homeland. The ensemble will host a festival celebrating 19th-century Czech composer Antonín Dvořák, whose folk-enriched compositions reflected a deep, enduring love for his native Bohemia.

Dvořák absorbed the roots of his country and incorporated them into his music willingly rather than forcefully, like Shostakovich, according to music experts.

Toward the end of his life in 1892, Dvořák, then a world-renowned composer, accepted an invitation to direct New York’s National Conservatory of Music of America.

“The Americans expected him to help pave the way for an ‘American’ musical style,” reads the composer bio page on Classical Net. “Dvořák took this last charge to heart.”

PCE’s Gil-Ordóñez says Dvořák succeeded and became the “key to music development in the United States.” During his three-year stay in the U.S. — when he was not vacationing in Iowa’s Czech-speaking communities to alleviate pangs of homesickness — he composed some of his best-known symphonies, string quartets and concertos.

And this is where the ensemble will focus its Dvořák festival in March — on the Czech composer’s American experience that changed both him and American music.

Dvořák, for example, argued that a “great and noble school” of American music should be founded on “Negro melodies,” a shocking declaration at a time when the country was still steeped in racism.

He also embraced Native American culture and music. The PCE’s Dvořák festival will include the world premiere of “Hiawatha Melodrama,” a new spin on the epic 1855 epic poem about an Indian hero and his lover — which will be set against Dvořák’s music.

“This PCE’s vocation is that when people come to these performances, they discover something new,” Gil-Ordóñez said. “This is our obsession: to make sure that our performances become something unique.”

For more information on the Post-Classical Ensemble’s “Interpreting Shostakovich” and “Dvořák and America” festivals, please call (202) 677-5773 or visit http://postclassical.com.