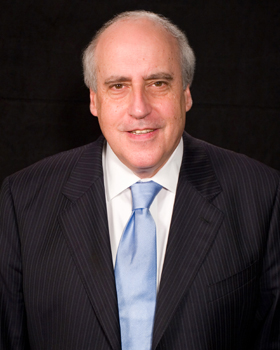 Dan Glickman, the new president of Washington-based Refugees International, plans to use his job to remind U.S. policymakers that America was built on the backs of immigrants and refugees.

“America to some extent was founded as a country of both immigrants and refugees,” Glickman told The Washington Diplomat. “A lot of people who came here came because of political oppression or hardship.

“There is a special role for America — and particularly nongovernmental organizations here in the U.S. — to make sure we do not lose sight of the fact there are still an awful lot of people who live in the shadows of oppression and hardship way beyond their control,” he said.

“Our goal is to make sure those people are treated well.”

Founded in 1979 as a citizens’ movement to protect Indochinese refugees, Refugees International advocates to secure lifesaving assistance and protection for displaced people while promoting solutions to the problem of human displacement. The group estimates there are 41.2 million refugees and internally displaced people around the world, in countries as varied as Iraq, Sudan, Pakistan, Colombia and the Democratic Republic of Congo, along with another 12 million stateless people living in limbo without citizenship rights.

These people — forced from their homes by conflict — are among the world’s most vulnerable. Refugees International is hoping that Glickman, a consummate Washington operator with a deep reservoir of powerful connections, can help convince those who hold ever-tightening purse strings in Washington to make a little more room for the refugee cause.

Refugees International doesn’t take any public or United Nations aid, but it aims to secure funding for those groups that actively assist refugees.

“We constantly are up on Capitol Hill asking for adequate resources, as well as focus and attention,” Glickman said. “I suspect the fact that I’ve been in government so many years will give me the opportunity to do that because I’ve been involved with them on a legislative basis.”

Glickman, 66, hails from Kansas and served as congressman from that state from the late 1970s until 1994. In 1995, President Clinton tapped him to become agriculture secretary, a position Glickman held until 2001.

After a stint at Harvard’s Kennedy School of Government, Glickman headed to the Motion Picture Association of America (MPAA), Hollywood’s lobbying arm, from 2004 until this year. In addition, he is vice chair of Friends of the World Food Program, a member of the Genocide Prevention Task Force, and he serves on the board of directors for the American Film Institute and Chicago Mercantile Exchange. Glickman was also recently named chair of the board for the educational arm of the Center for U.S. Global Leadership Coalition, a broad-based network of experts and leaders who highlight the importance of development and diplomacy alongside defense in government.

“A lot of my work was in programs helping the poor, particularly hunger programs,” Glickman noted. “But it’s been a pretty eclectic career.”

As his tenure with the MPAA came to an end, a headhunting firm called suggesting that Glickman might be a good fit for Refugees International.

“I always felt like I wanted to go back in the nonprofit public world, focusing more on the international arena,” Glickman explained. “The organization has a great reputation and it seemed like a good opportunity to help people.”

Glickman takes over the leadership of Refugees International from Kenneth H. Bacon, a former Pentagon spokesman for President Clinton who became chairman of Refugees International in 2001. Bacon died last summer from an aggressive melanoma that had spread to his brain. He was only 64 at the time of his death and devoted the final years of his life to building the organization into a leading advocacy group on refugee crises (also see “Farewell to Tireless Advocate for Refugees” in the Sept. 4, 2009, news column of the Diplomatic Pouch online).

As Glickman was finalizing an employment agreement with Refugees International, a massive earthquake struck Haiti, bringing refugee and humanitarian issues into sharp relief for many Americans.

“The tragedy of Haiti is especially relevant because it’s so close to the United States, and the fact that people were more aware of it than they were of other problems,” Glickman said.

Reacting quickly to the crisis in Haiti, Refugees International sent a team to the earthquake-ravaged region and issued a rapid assessment on March 2. Here are a few of the policy recommendations the group set forth:

• Noting that some 700,000 people in Port-au-Prince are without homes or proper shelter and another 600,000 have left the capital city, the report urges rapid investment in the provinces to ease the strain on local resources. In addition, international aid groups should not overlook investing in Haitian civil society groups whose local knowledge can help ensure that the right assistance reaches the right communities.

•To that end, the United States and United Nations must urgently connect and coordinate their humanitarian, reconstruction and development initiatives with Haitian civil society groups. U.N. agencies should create liaison positions to these groups.

• The United Nations must strengthen its humanitarian leadership to speed up and simplify the complex relief operation.

• The U.S. Congress should fund USAID’s Office of Foreign Disaster Assistance (OFDA) at no less than class=”import-text”>2010May.refugees.txt.06 billion in the 2011 fiscal year through the International Disaster Assistance account and should replenish OFDA funding within a supplemental appropriations bill at no less than 0 million (given that OFDA has already spent one-third of its entire annual budget on Haiti, and aid organizations working in other humanitarian crises may face cuts in their funding).

“It was a good, comprehensive analysis based on a fairly short inspection tour of what some of the real problems were affecting people who had lost their homes as a result of the earthquake,” Glickman explained. “It was instructive and rather critical of what the U.N. and the nongovernmental community had been doing in that area.” Glickman said the fact that Refugees International doesn’t accept money from the United Nations or government agencies helps it to maintain its independence. “One of our great strengths as an organization is that we’re independent,” he said. “We go and we look into situations and make recommendations to the U.N. or governments about how they are working.

“We believe if we can be independent in analyzing problems as they occur, then we’ll be viewed as a more impartial source when we make recommendations based on the data we see,” he added.

And these recommendations have led to real policy changes. Among its lobbying efforts, Refugees International pushed the United States to provide substantial funding to the U.N. Refugee Agency’s Iraq programs and continue its resettlement program (which admitted more than 18,800 Iraqis in 2009). After encouraging greater aid for the Burmese people, Congress provided some million for democracy and humanitarian programs largely inside Burma, a major shift in U.S. policy that had previously limited the amount of humanitarian funding available for people inside the country. And for years, Refugees International was one of the few organizations calling on policymakers to address the rising tensions in South Sudan and to support the Comprehensive Peace Agreement (CPA) that ended 22 years of war. In 2009, Congress appropriated 6 million to Sudan and directed the State Department to prioritize funding for projects in South Sudan to bolster the CPA.

Another vital area in which Refugees International hopes to raise awareness is the growing threat of climate change forcing people from their homes, particularly in coastal areas. Refugees International warns that climate change has the potential to displace tens of millions of people as its full effects are felt in the coming decades. (It co-hosted a screening of the documentary “Climate Refugees” with filmmaker Michael Nash at the British Embassy on March 25 to highlight the issue.)

In the short term, increased displacement and the greater frequency of large-scale natural disasters will strain an already stressed international humanitarian system. According to Refugees International, the most immediate threats are in the form of increasingly intense storms, such as Cyclone Nargis in Burma, as well as greater incidence of drought and floods.

These weather patterns will make it more difficult for millions of people to rely on traditional patterns of economic activity. Furthermore, the competition over already scarce resources — exacerbated by climate fluctuations — will trigger increasing numbers of regional conflicts. For instance, the violence in Darfur derives, in part, from a battle over precious resources in the expanding Sudanese desert.

“Clearly climate change is occurring and issues of drought, rainfall and temperature change all affect people’s ability to live along the coastlines, produce food, and have what I call a normal existence,” Glickman said. “It’s pretty clear that climate change will have an effect on the number of refugees around the world.”

Refugees International is trying to anticipate these problems and spur various agencies to begin reacting to them before they become full-blown crises. Advocating for a more effective response to climate displacement is inextricably linked to other priority issues for the group, including improving the global response to neglected crises and internal displacement, facilitating the return and reintegration of displaced refugees, strengthening U.N. peacekeeping efforts, and achieving citizenship for stateless — and thereby disenfranchised — people.

“Our job is to be an advocate for those people in terms of making sure the people who are assigned the responsibility for these crises — whether it’s the U.N., USAID or other government agencies — do their job in terms of providing food, water, heath care, protection from violence,” Glickman said. “We’re basically the advocates for the dispossessed in these kinds of situations and then we work with the organizations.”

One of the challenges that advocacy groups such as Refugees International face here in Washington is a growing sense of wariness toward the level of aid the United States — particularly in a time of economic recession — gives to other countries. During the Haitian earthquake, some Americans wondered aloud — despite the obvious devastation — if the United States was being too generous when some of its own people were out of work and hungry.

“I was a politician for a long time, and I understand the U.S. public does not always understand supporting vulnerable people overseas,” Glickman admitted. “We have a lot of problems internally in the U.S., as well. Our economic problems are real and people are out of work here too.”

But that doesn’t mean the United States, or the world for that matter, should consider turning its back on those displaced by war, famine and disease. It’s a collective responsibility, Glickman argues.

“We’re not the only one in this effort…. There are a lot of other NGOs we work in partnership with,” he said. “The problems exceed our ability to deal with them right now. There are just too many of them.”