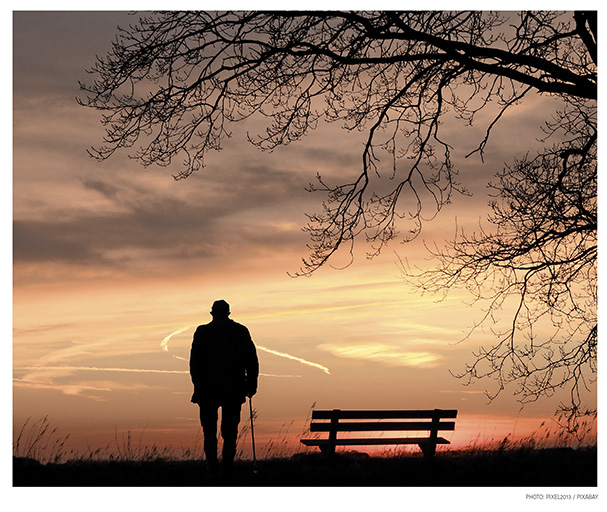 While the extreme stress of losing a loved one has been linked to heart troubles in prior research, a new study found that one in six people with broken heart syndrome also had cancer. Even worse, they were less likely to survive their cancer five years after diagnosis.

“Therefore, it should be recommended for Takotsubo syndrome patients to participate in cancer screening to improve overall survival,” he said, adding that the reverse is also true. Still, the study did not prove that one causes the other.

Broken heart syndrome causes sudden intense chest pain and shortness of breath that can be mistaken for a heart attack. These symptoms are a reaction to a sudden surge in stress hormones, according to the American Heart Association (AHA).

The condition causes the heart’s main pumping chamber to enlarge, the researchers said. And that means the heart can’t pump blood effectively.

The new study included just over 1,600 people with broken heart syndrome. The participants were recruited at 26 medical centers in nine different countries, including eight European countries and the United States.

Among those diagnosed with cancer, most were women (88 percent) and their average age was 70. 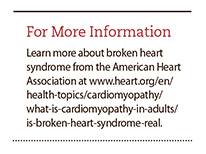 The most common type of cancer was breast cancer. Other cancers affected areas including the digestive system, the respiratory tract, internal sex organs and the skin.

People who also had cancer were more likely to have a physical trigger for broken heart syndrome than an emotional one, the findings showed.

Templin said it’s not clear from this study exactly how these conditions are linked, although he noted that stress from a cancer diagnosis might trigger broken heart syndrome. It’s also possible that metabolic or hormonal changes caused by cancer could increase the risk of broken heart syndrome.

But he noted that “the study was too small and the cancers too variable to draw conclusions regarding a direct mechanism and the interaction of the two diagnoses on longevity.”

Mintz said it’s important for physicians to be aware of the link between broken heart syndrome and cancer so that doctors — including primary care, cancer and heart doctors — can intervene earlier in the course of either condition.

The findings were published online July 17 in the Journal of the American Heart Association.