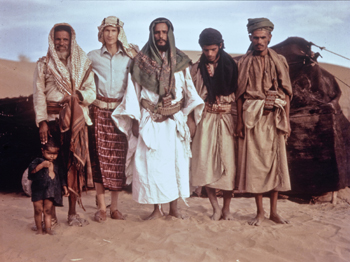 Photos: American Foundation for the Study of Man

The story of the Queen of Sheba, who is known in both the Biblical and Koranic traditions for visiting King Solomon in Jerusalem bearing spices, jewels and other riches from the distant lands where she reigned, is shrouded in legend. In 1949, that legend, along with visions of the famed “incense routes” of antiquity, brought an adventurous American paleontologist named Wendell Phillips to South Arabia — modern-day Yemen — on a reconnaissance trip.

Phillips found a land where the “husks of ancient civilizations were buried in deep sand,” as he later wrote. “The land looked forbidding, but it was rich with the spoils of time, and I wanted to unearth some of those riches.”

Over the next couple of years, Phillips, then only in his late 20s, organized some of the first large-scale archaeological expeditions to the remote region. He and his team excavated several ancient sites — including Marib, the purported capital of the Sabaean kingdom ruled by Bilqis, as the Queen of Sheba is known in Arabic — making a number of important discoveries before being forced to leave due to local political tensions. 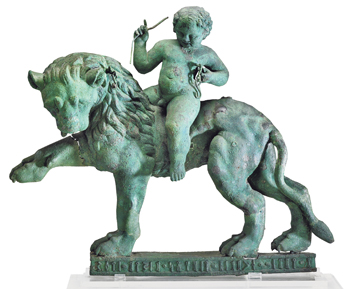 “Lion with rider” is a gift to the Sackler Gallery from the American Foundation for the Study of Man, founded by paleontologist Wendell Phillips.

This intriguing legacy is the focus of “Unearthing Arabia: The Archaeological Adventures of Wendell Phillips,” on view at the Arthur M. Sackler Gallery. As reflected in the name, the exhibit is as much about the process — both the thrill and the hardships — of carrying out archaeology as it is about the archaeologists’ actual findings, though the treasures they uncovered are certainly impressive.

It’s best to start by viewing the 15-minute video installation that, on three screens, brings the story alive through in-depth color photos and film footage documenting the expeditions, accompanied by excerpts from Phillips’s best-selling 1955 book, “Qataban and Sheba,” chronicling his exploits. From the huge, black Dodge trucks riding over the dunes to the enormous desert spiders, from the tribal sheiks to the local Yemeni boys carting off heaps of sand in hand-woven baskets, there’s a certain aura of Indiana Jones throughout the entire affair. (Several display cases show field notebooks, a 1950s 16mm Bolex camera and other paraphernalia that give visitors a feel for what it was like to be on the dig.)

Most of the artifacts on display come from the excavations at Timna, capital of the pre-Islamic kingdom of Qataban (circa 7th century B.C. to 1st century A.D.), whose great wealth came from its location on the caravan route by which frankincense and myrrh were traded with the outside world after being harvested in what is now Yemen and Oman. 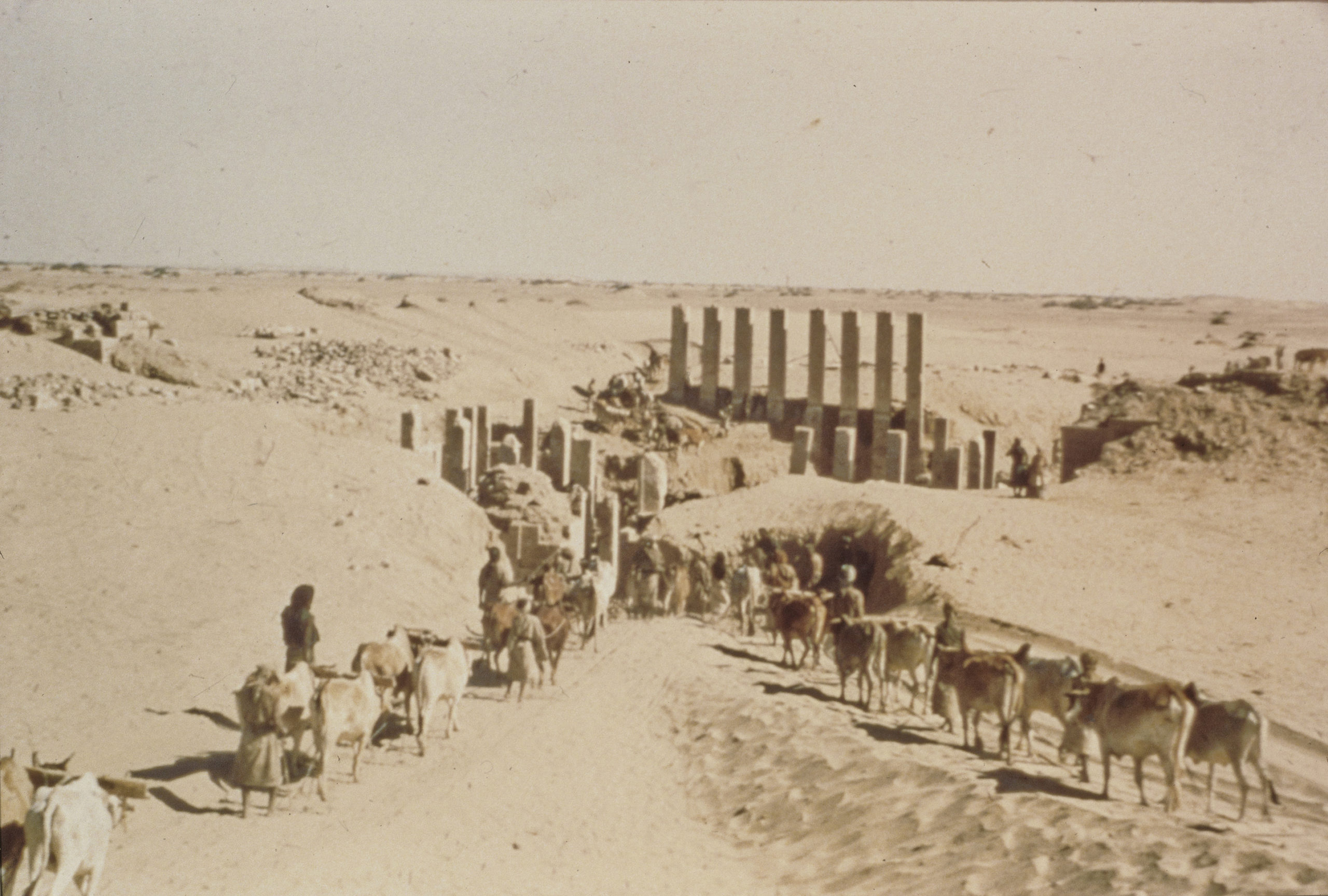 Phillips’s team begins excavating at a peristyle hall in Marib in present-day Yemen.

The exquisite alabaster head of a woman, nicknamed “Miriam,” is one of the highlights; it was unearthed in Timna’s necropolis, along with other alabaster carvings, funeral offerings including a brilliant gold necklace, and stelae with inscriptions in South Arabian, an early Semitic language. While Miriam’s identity is unknown, the piece has been dated to approximately the 1st century A.D. and likely commemorated a local noblewoman. Though there’s no plausible connection with Bilqis, who according to legend lived nearly a millennium earlier, the regal bearing and mysterious half-smile of the sculpture — which have earned it comparisons with the “Mona Lisa” — seem almost to conjure up the famous queen herself.

The piece de resistance is a pair of bronze sculptures of lions, surmounted by Cupid-like naked boys, that were found in the ruins of a wealthy Qataban house. What’s surprising is how unmistakably Greco-Roman they appear; indeed, scholars believe they were related to the Greek god of fertility and wine, Dionysus. Analysis of the bronze indicates that they were created locally in Timna — evidence of the degree to which cultural currents and influences, just like incense and spices, traveled between the Mediterranean and the Arabian Peninsula in ancient times. 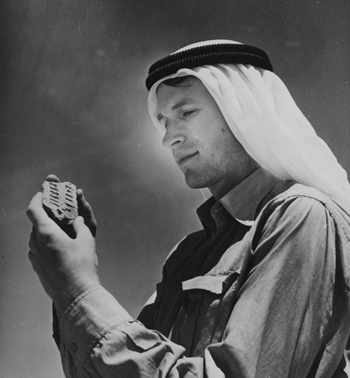 The team’s foray into Marib, however, was short-lived, and they brought back nothing more than photos. While Timna was located in the Aden Protectorate — a territory occupied by the British until 1963 — and the archaeologists were welcome there, Marib was just across the border in North Yemen. Although its ruler, Imam Ahmed, initially granted permission for the expedition, tensions arose with the local population, who were suspicious of what was happening, and the archaeologists were forced to beat a hasty retreat fearing for their lives.

Phillips died in his 50s, having never returned to Yemen. But decades later, the Yemeni government invited his younger sister, Merilyn Phillips Hodgson — who today lives in northern Virginia and continues to run the American Foundation for the Study of Man (AFSM), founded by her brother — to carry on his work in the country.

By the time Hodgson’s team arrived in Marib in 1998, desert sands had swept over the site, reburying all but the eight standing pillars of the enormous Awam Temple (locally known as the Mahram Bilqis), which was dedicated to the worship of the moon god Almaqah. Over nine seasons, the archaeologists extensively excavated the temple, conclusively demonstrating that it was one of the most significant pre-Islamic religious centers in Yemen.

Yet Bilqis herself has remained elusive, says Zaydoon Zaid, vice president of AFSM and an archaeologist who has worked on the dig at the Awam Temple. “We have hundreds of inscriptions mentioning kings, but we don’t have any inscriptions linking [Bilqis] to the site. Archaeologically speaking, we can’t prove or disprove the existence of the Queen of Sheba.”

Vanessa H. Larson is a contributing writer for The Washington Diplomat.