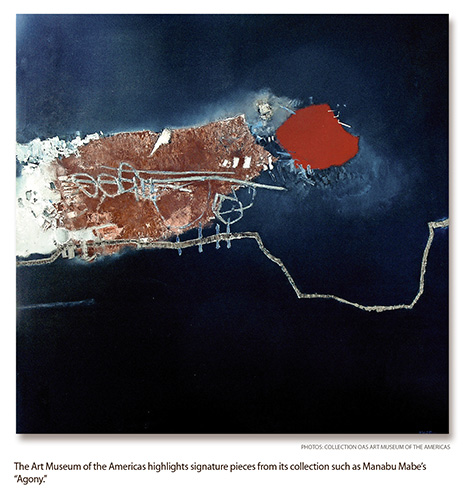 The Art Museum of the Americas (AMA) is reflecting on the historical and cultural legacy of Latin American art by re-examining and showcasing its own impressive collection.

The latest exhibit at the museum is the second in a series of displays to highlight the comprehensive catalogue of the AMA’s permanent collection that debuted in 2017. The project, which was curated by Adriana Ospina, began five years ago as a way to expose the museum, and its holdings of over 2,000 works, to a broader audience.

AMA is the oldest museum of Latin American and Caribbean art in the United States and is home to one of the world’s leading collections of modern and contemporary art from the Western Hemisphere. That collection began in 1949 with a donated painting by Brazilian artist Candido Portinari to help the Organization of American States (OAS) spotlight the contemporary art of its member states. Once the art program outgrew its original space, it moved to what is now the present-day AMA, which since 1976 has hosted an array of exhibitions and artists from countries such as Argentina, Belize, Canada, Colombia, Mexico, Uruguay and the United States.

The current exhibit, “Art of the Americas,” chronicles the fundamental artistic trends that have evolved in Latin America over the decades, such as new figuration, geometric and lyrical abstraction, conceptual art and optical and kinetic art. It was organized in coordination with a number of curators, along with several former museum employees, who delved into the collection’s vast archives to select pieces emblematic of the AMA’s eclectic approach to collecting contemporary art. Many famous artists from the Americas, including Cundo Bermúdez, Agustín Fernández, Alejandro Obregón and Jorge de la Vega, had their first solo exhibitions in the Gallery of the Pan-American Union, now the OAS.

To illustrate the diversity of the AMA’s holdings, the exhibit juxtaposes different facets of the permanent collection with an emphasis on the abstract art forms that emerged in Latin America in the wake of World War II. These include informalism, a movement first developed in France that is open to interpretation and embraced the randomness of gestures and use of materials over specific ideas that dictated the painting’s subject matter. 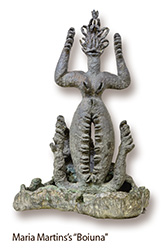 To further highlight this shift in focus, the museum switched its normal exhibition layout. It is usually set up so that the first-floor galleries display geometric abstraction and the second floor represents different movements in the Americas. For this exhibition, the AMA flipped the concept to spotlight the many varied forms of abstraction that influenced the region, which itself often mirrored the chaotic, unpredictable and turbulent nature of the abstract movement.

As scholars Mariola Alvarez and Ana Franco put it in their upcoming publication “New Geographies of Abstract Art in Postwar Latin America,” it is time “to demonstrate the messy and much diverse history of abstract art especially in contrast to the increasingly pervasive presence of geometric abstraction as the face of Latin American art of the postwar years.”

This variety can be seen in works like Mexican artist David Alfaro Siqueiros’s “Madre Niña,” an intricately drawn lithograph that portrays the almost identical faces of a peasant mother and her child as they stare with seemingly angry eyes at something off the canvas. In contrast, Brazilian artist Maria Martins’s bronze sculpture is reminiscent of ancient Mayan deities, while Nicaraguan Armando Morales’s oil painting is a bold, concrete-like panoply of slabs, shapes and textures.

The exhibition also pays tribute to the diverse, wide-ranging collecting practices of AMA founding director José Gómez Sicre, including his focus on modernist primitivism among Central American and Caribbean artists. 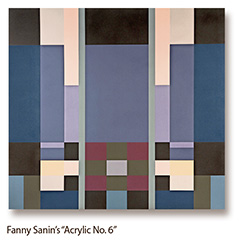 In particular, Cuba, where Gómez Sicre is from, has long held a prominent position in the AMA and as a founding member of the OAS. Despite the communist island’s ideological differences with the U.S. and a number of member states, the AMA continues to highlight Cuba’s integral role in the artistic development of the region with exhibitions such as 2016’s “(Art)Xiomas-CUBAAHORA: The Next Generation.”

The goal of the museum is to strengthen regional solidarity and cooperation among the OAS’s 35 member states, although that’s an easier feat artistically than it is politically. While Latin America is no longer plagued by colonialism, military coups, dictatorships and violent clashes between left-wing and right-wing factions, a new wave of political upheaval has gripped the region.

In Brazil, corruption has upended this year’s presidential election. In Colombia, a much-heralded peace agreement with FARC rebels may unravel with the country’s shift toward the right with the election of President Iván Duque. And Venezuela is in economic shambles under the authoritarian mismanagement of Nicolás Maduro, sparking a refugee crisis that is further straining relations among OAS member states.

But division is nothing new for the bloc, which represents a broad spectrum of countries with varying problems and political systems. And while the AMA seeks to encourage unity by promoting the art of all OAS member states, the museum itself illustrates the wide variety of different art forms that have shaped and enriched the region’s identity, culture and history.