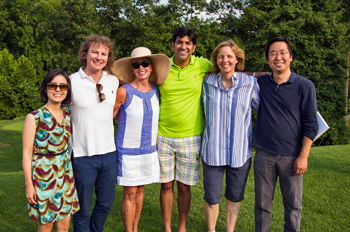 Twenty-five years ago, when the Institute for Education was founded to build common ground in the world community, the state of technology and its role in public policy circles were quite different. Yet in one jam-packed week in late September, four key forces in global technology crossed paths in Washington, D.C., and made clear just how much things have changed.

The United States, China, India and the Catholic Church wield incredible influence — directly on half the world’s population and indirectly on the rest. The work that each is doing related to technology and innovation is benefiting its own people; collectively they constitute a foundation for enhanced global collaboration and progress.

In the United States, President Obama has made data, technology and innovation core components of his administration. He named the first-ever U.S. chief technology officer (CTO) and then the first-ever U.S. chief data scientist. He oversaw the launch of the Presidential Innovation Fellows program to bring entrepreneurs and technologists into government service and issued an executive order making the program permanent. 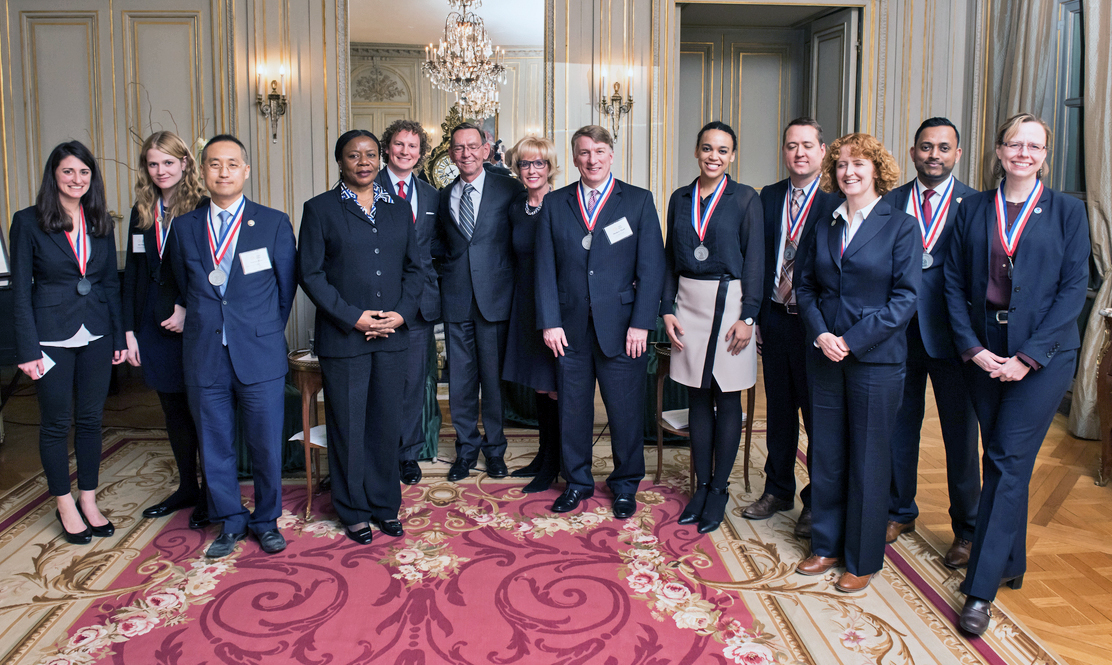 In China, the administration of President Xi Jinping has made the development of industrial and information technology a core tenet of its latest five-year plan. In order to speed up this process, significant foreign investments, such as Apple’s production operations, have been encouraged and special technology districts such as Suzhou Hi-Tech Park continue to grow. Homegrown internet industry success stories include heavyweights Baidu, Tencent and Xiaomi.

On his way to Washington, Xi stopped in Seattle for meetings with tech industry titans at an event hosted by Microsoft. And at the White House state dinner — which featured a star-studded invite list including honchos from Microsoft, Apple, Oracle and Salesforce — Xi sat with Facebook CEO Mark Zuckerberg at the head table, where they conducted their conversation in Zuckerberg’s newly learned Mandarin.

In India, Prime Minister Narendra Modi has taken over the reins of a country where a combination of access to education and the globalizing tech industry has provided millions with a way out of poverty and a path toward prosperity. Still, a mere 18 percent of Indians use the Internet, according to a recent World Bank study. During his time in the United States, Modi visited Silicon Valley, including meetings and appearances at Stanford, Facebook and Google, whose internet expansion initiatives are especially appealing to the Indian leader. He even engaged directly with the tech community, addressing a coterie of hackers at a Code for India hackathon.

Pope Francis, as head of the Catholic Church and its seat in Vatican City, leads a nation of just 842 souls, yet his influence extends to 1.2 billion Catholics worldwide. In his young papacy, Pope Francis has been refreshingly vocal on issues of science and technology. “Laudato Si,” his encyclical on climate change, was the first such publication of his tenure and placed the chemist-turned-pope at the center of a key global issue — one in which the technologies and industries of the United States, China and India play especially important roles. In fact, China and the United States made commitments to reduce pollution on the heels of the pope’s visit. In his groundbreaking speech to Congress, the pontiff insisted that we have the power “to put technology at the service of another type of progress, one which is healthier, more human, more social, more integral.” Pope Francis has previously called the internet “a gift from God” and actively tweets to millions of followers from @Pontifex. 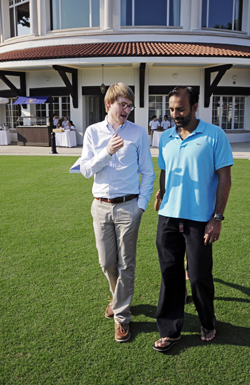 There are real challenges to cooperation on technology issues. National interests sometimes diverge or conflict. Cybersecurity and economic competition, in particular, will not be easily resolved. But the differences on those issues should not obfuscate the importance of collaborative innovation or the diffusion of new technologies that promise to fuel game-changing progress. Too much focus on how to divide the pie takes attention away from the central task of growing it in the first place.

The last week in September — when President Xi, Prime Minister Modi and Pope Francis chose to pay so much attention to the tech economy during their respective visits to the United States — demonstrated the interconnectedness of us all and the potential for progress when we work together.

With world leaders in New York City for the annual United Nations General Assembly, the U.N. Headquarters hosted the first-ever Solutions Summit to bring a range of nations together to discuss how cutting-edge tech is already being deployed to address the newly adopted Sustainable Development Goals. For example, one featured project uses drones to plant billions of trees 10 times as fast at a fraction of the cost relative to traditional methods. Numerous areas beg for increased cooperation: technical standards, collaborative development utilizing our respective economic strengths and, when appropriate, common rules and regulations that can help businesses grow more quickly.

Sharing solutions requires us to come together in the first place. It requires a degree of trust and common ground. And it is already taking place in Washington, D.C., thanks to Institute for Education programs such as the Emerging Technology Roundtable, the long-running INFO public policy breakfasts and recent salon conversations on wearable technology, government innovation and Bitcoin for social good. As public policy and the concerns of world leaders become more and more techno-centric, so has the Institute for Education.

Different faiths. Different politics. Different economies. Yet in the 21st century, we all rely on technology to move forward, to create societies that are healthier, happier and more secure. The tech-focused discussions in the last week of September by the United States, China, India and the Vatican make clear that to do the really big things — from addressing climate change to spreading internet access — we will have to come together.

John Paul Farmer is director of technology and civic innovation at Microsoft, CEO of the nonprofit Innovation Project and the co-founder of the Institute for Education’s Emerging Technology Roundtable. He previously served as senior advisor for innovation in the White House, where he co-founded and directed the Presidential Innovation Fellows program.