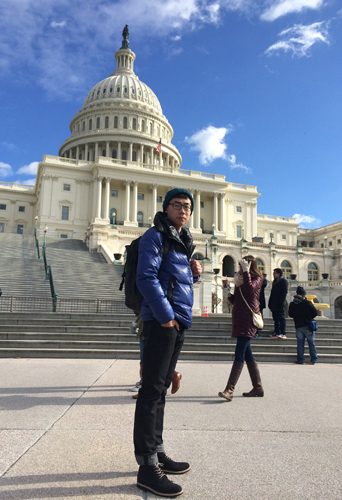 The H-1B is the diva of visas. It’s an emblem of excellence, allowing U.S. employers to hire highly skilled foreign nationals in “specialty” fields such as technology and engineering. But it’s also known for driving devotees to distraction.

The H-1B is a temporary work visa for non-immigrants that provides entry into the American workplace for up to six years and a possible path to permanent residence. That makes it highly desirable.

Qing Yang, a computer science major in the George Washington University School of Engineering and Applied Science, would like to work in the United States after he graduates.

However, like many divas, the H-1B is fickle, difficult and demanding. The number of applicants far exceeds the number of slots available each year; employers must embark on a costly, byzantine process to bring foreigners on board; and the coveted visa has found itself at the heart of the contentious debate over immigration reform, as tech companies such as Facebook argue that they need more H-1B visas to fill their ranks, while critics say the program outsources American jobs to cheaper foreign workers.

Whatever the case, demand continues to outstrip H-1B supply — despite the fact that attempting to win the specialized visa can be “a nightmare,” said immigration attorney David Nachman, managing attorney at the Nachman, Phulwani, Zimovcak Law Group, which has offices in New York, New Jersey and India.

But Nachman and other experts say persistence, hard work and savvy can pay off. He offers international job seekers, especially students, three strategies for breaking into the American job market: Broadening their visa options, looking into the hidden job market and taking advantage of university career services.

Prospective employees need all the help they can get because they’re up against formidable obstacles. The first is simple math. The number of H-1B visas is currently capped by Congress at 85,000 a year; this year, the U.S. government says more than 170,000 people applied.

Second, individuals can’t apply — only employers can. Third, it’s expensive for these employers: At minimum, our experts say, the process runs several thousand dollars, typically $5,000 to $7,000 in government and attorney fees. It can run higher because some attorneys charge up to $12,000 for an H-1B application, Nachman noted.

Employers take on not only the cost, but also the risk. An employer must typically gain permission from the Department of Labor and then submit an application to U.S. Citizenship and Immigration Services (USCIS) with no guarantee that in the end a hiring will occur.

Last year, there were three H-1B submissions for each slot in the largest H-1B visa category, called “specialty occupations,” Nachman said, referring to jobs that require a bachelor’s degree or higher because their duties are specialized and complex; 65,000 specialty slots open each year with another 20,000 H-1B visas set aside for graduates of U.S. universities who earn a master’s degree or higher.

This year, the H-IB application window opened April 1 for employment that started in October. It slammed shut seven days later. In 2008, the H1-B window closed after only one day, thanks to a flood of applicants.

“USCIS can’t take all of them so they run a lottery,” Nachman explained. The agency first looks at the so-called “master’s group.” Applications get bar codes and if USCIS receives, say, 30,000 master’s group applications, they’ll randomly assign visas to 20,000.

The 10,000 left over go into the “specialty group” that has 65,000 visa slots. “They’ll run another lottery on that pool. Those not chosen get rejection slips,” Nachman said.

As a result of these barriers and requirements, many U.S. employers screen out anyone seeking an H-1B job, but there are some key employers who don’t fall under the H-1B Rubicon. Public institutions of higher education are, by law, exempt from the H-1B numbers cap and so are their affiliated nonprofits. Nonprofit research organizations and government research groups are also exempt. That means their employer visa applications can be submitted any time of the year  — in unlimited numbers.

Defining these employers for visa purposes has been the subject of much litigation, so make sure yours falls in the “in” group. Examples of the exemption, Nachman said, can include a nonprofit university and its hospital, a community college where students earn credit toward a bachelor’s degree or a Department of Agriculture laboratory.

There are other ways for foreign nationals to enter the U.S. workforce outside of the H-1B program. There’s also the EB-1 or “first preference” visa for star professors, researchers and others at the top of their professions. Publications, presentations, patents, prizes and articles about you might qualify you for an EB-1 visa, Nachman said.

A broader standout category is the O-1 visa for foreign nationals possessing “extraordinary ability’“ in science, art, education, business or athletics or “extraordinary achievement’“ in the motion picture or television industry. It’s not as out of reach as it sounds: “There’s a liberal legal standard for what makes someone ‘extraordinary,’” Nachman said.

In fact, foreign fashion models (without a college degree, which is otherwise required) can hold H-1 visas, while pastors, imams and rabbis can hold the R visa for religious workers, for example.

Members of Nachman’s firm visit campuses across the country and offer free presentations on visa matters to international students and employers, including H-1B and green card advice. They arrive bearing the message that one size does not fit all and “the H-1B is not your only option.”

Dan Beaudry, author of “Power Ties: The International Student’s Guide to Finding a Job in the United States,” also offers campus and online employment presentations. A former Monster.com recruiting manager and creator of employment seminars for international students, he understands the challenges these students face.

“Getting a job in the United States is not easy when many companies say, ‘We don’t sponsor,’” he said in a webinar on Sept. 22 through the New York Academy of Sciences. But there is a systematic way to go about courting these companies that can avoid the mistakes many others make, he said, though it requires “going outside your comfort zone.”

The most common job-hunting errors, Beaudry emphasized, include placing too much value in the anecdotal evidence of your friends, relying on your resume alone and applying for jobs online.

“There are good business reasons” why companies screen out H-1B applicants, Beaudry said. It’s not only the costs and the cap, but many firms are “already swimming in job applications and have no incentive to get more.”

You will only overcome this resistance “if you show your value is greater than your cost,” he said. Do that and companies will hire you, especially if a person of influence inside the company recommends you or managers can’t find the worker they need and you could fill that gap. “So don’t lead with your costs,” Beaudry advised.

Such things are difficult to do online, he added. “You need a good resume, but don’t take it out or show it until somebody asks for it. Don’t be a piece of paper. Get out there and speak to people.”

Beaudry calls this the hidden job market, the interpersonal underground where, he said, 60 to 70 percent of all hiring occurs through word of mouth, personal contacts and informal recommendations. So the international student’s best path to a job is networking, meeting people and building professional relationships for the long term, he recommends. 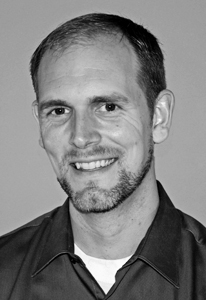 Dan Beaudry, author of “Power Ties: The International Student’s Guide to Finding a Job in the United States,” offers campus and online presentations for international students on how to obtain a U.S. work visa.

This includes mastering the art of “information interviewing,” where you gather information about your field or a particular organization in person. You spend 20 minutes face to face with an individual asking for that information and getting advice about advancement — and never mentioning, unless asked, that you need a job.

An information interview is about them, not you, Beaudry emphasized. You reveal your value by asking good questions. You begin building a professional relationship. And at the end you ask, “Who else can I talk to?” Then you write notes after you leave and systematize your contacts in some fashion so you can keep track of people in the network you are building.

Yes, “reaching out to people you don’t know, especially if your English isn’t great and you’re from a different culture,” is tough, Beaudry conceded. But he argues that it will help you develop skills that will boost your career and last a lifetime, and it could eventually land you a job.

“How can it hurt?” Beaudry asked. “Suppose you spend three months trying and wind up with 30 contacts and no job.” You’ve still developed a network of potential friends, customers, employers and a new knowledge base, plus you’ve gathered insider advice. “That gives you a huge advantage,” he said.

One of the best resources for building these job-seeking skills may be your school’s career services department. At the George Washington University in D.C., Anne Scammon is managing director of the GW Center for Career Services. She brought Beaudry to the university to give his webinar presentation in person on Sept. 26.

“I learned a lot” from it, said Qing Yang, a computer science major in the School of Engineering and Applied Science working on his master’s degree. The Chinese native, who holds a bachelor’s degree from the Nanjing University of Aeronautics and Astronautics, said he would like to work in the United States after he graduates.

As a result of Beaudry’s talk, Yang told us he plans “to do more social networking, join more social activities at the university, try the informational interview and not look for jobs online. I also learned the importance of English-language skills.”

Scammon particularly liked Beaudry’s presentation because it emphasized that “a job search begins long before you’re ready to take a job.” And, validating Beaudry’s hidden job market advice, she said she brought him to GW because “I heard he was good.”