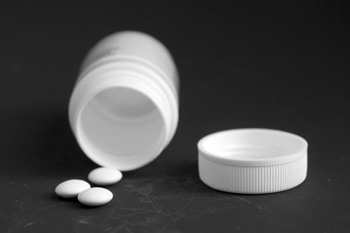 When a pregnant woman experiences hypertension — high blood pressure — her doctor will often prescribe a drug called labetalol, a drug that is uniquely suited to treat the condition in pregnancy. But recently, when obstetrician-gynecologists request the drug for their patients, their pharmacies have responded, “Sorry, we’re out.”

“We would ask them, ‘Can’t you just use another drug?'” says Michael Rubino, director of pharmacy services at Hartford Hospital in Connecticut. “But it’s not that simple. This drug is particularly good for young pregnant women because it helps to control their blood pressure without a negative effect on the fetus. It has the properties of a couple of different classes of drugs in one drug.”

With labetalol in short supply, obstetricians at Hartford Hospital and other institutions have had to work with pharmacists to substitute other medications — usually a combination of drugs. “It’s not ideal, because the dosing is hard to manage and you’d always rather put your patient on one drug instead of two, particularly pregnant women,” Rubino said.

For now, supplies of labetalol seem to be back — but that could change at any time. And it’s far from the only drug in short supply. Indeed, a national prescription drug shortage is putting many hospitals and physician’s offices in a daily state of crisis management.

As of the end of 2010, 211 drugs had been listed on the University of Utah’s Drug Information Service, which tracks medication shortages, as being in short supply or unavailable for at least part of the year. That compares to 166 in 2009, and 149 in 2008. It’s more than double the number that had been short just five years ago.

The shortage mostly affects “injectables” — that is, not the prescription you’re picking up at your corner pharmacy (although some of these drugs are affected too), but the kind you get in the hospital. For instance, if you need chemotherapy for breast cancer, your treatment may be delayed or modified because one of the most common breast cancer drugs, doxorubicin, has been perpetually short for months. Are you having surgery? The anesthesia you receive, or the medication you get for post-surgical pain, may not be the drug your doctor prefers to use — because drugs like bupivacaine (commonly used as an epidural anesthesia during labor) and fentanyl (often used for pain relief after a C-section) are in short supply.

Most of the time, the drug shortage doesn’t mean that people don’t get their medications at all. It means that other medications have to be substituted for the preferred drugs. But that, in turn, means that doctors and pharmacists have to recalculate dosages.

That, in turn, can cause medication errors. In a survey of 1,800 health care workers conducted last summer by the Institute for Safe Medication Practices (ISMP), one in three respondents reported “near misses” — errors as a result of medication shortages that were barely caught in time. One in four said they’d experienced actual errors. “There are at least six deaths that we know of as a result of these shortages,” said ISMP President Michael Cohen. “For example, two patients died at hospitals where they had to substitute the pain medication hydromorphone for morphine, which wasn’t available in the strength they needed. Hydromorphone dosing is very different from morphine, and they gave the wrong doses and the patients died.”

In another case, Cohen’s group reported, a patient who had a pseudomonas infection sensitive to only one specific antibiotic died when the drug couldn’t be obtained in time.

In many other situations, the medication shortage hasn’t actually killed patients, but the results are enough to give you the chills anyway: A patient who had a good chance at going into remission had to have cancer treatment delayed because of the shortage of a chemotherapy drug. A pediatric patient experienced severe swelling due to a blood clot after a substitute drug was administered too rapidly. Patients have had to receive riskier general anesthesia for procedures that could have been accomplished with “deep sedation,” because the appropriate drugs weren’t available. Surgeries have been cancelled, including such urgent procedures as organ transplants. And vital clinical trials have been interrupted.

In the Washington area, outpatient infusion centers that provide chemotherapy have run short of a number of drugs, with the result being that oncologists are checking their patients into the hospital so that they can receive their needed treatments. “We’ve actually had patients transferred from other hospitals here, because we’ve had drugs they couldn’t get,” confirmed Dr. Gary Little, medical director of the George Washington University Hospital. “We may be in short supply ourselves, but we don’t want to turn patients away, especially cancer patients. Doctors on our faculty will admit their patients, who normally would not need to enter the hospital, to receive chemotherapy here because the outpatient centers don’t have the drug. That, of course, costs more money, takes up a hospital bed unnecessarily, and puts the patient at risk of hospital-acquired infections.”

“We hold weekly meetings to evaluate the status of each agent in short supply,” said Ashley Quintili, who coordinates formulary management for the center’s pharmacy. “In most situations, we are able to identify an equivalent substitute, though identification can be challenging. We find that equivalent therapies are often times in short supply as well or may require procurement from a source outside of the United States.”

The shortages come and go for particular drugs, but there seems to be no end in sight for the problem in general. Last year, Hartford Hospital found itself in a near-crisis situation when the drug Lasix, used to treat fluid retention in people with cardiac problems, became difficult to obtain. “That was really critical,” said Rubino. “There are few other drugs like it, short-acting diuretics, and we were very close to not being able to treat patients, which is a huge problem for elderly patients with heart failure. Supplies of that have since come back, but since then it seems like there’s something new every week.”

What’s behind the shortage? Most of the drugs that are coming up in short supply are generics, and often they’re manufactured by only a handful of companies — or even just one or two. If something affects one supplier’s manufacturing chain, such as a quality control problem or a shortage of raw materials, they may shut down their production of leucovorin (a cancer drug) or tobramycin (an injectable antibiotic used to treat bacterial infections), and the other suppliers — if there are any — may not be able to make up for the shortfall.

There’s often little warning when a drug is about to go missing. Although the Food and Drug Administration asks manufacturers to give the agency a heads up when they’re experiencing supply-chain problems, they aren’t required to do so — and they often don’t. “There is no statutory requirement for firms to report a pending or evolving shortage to the FDA, such as a disruption in the supply of raw materials,” said Bona Benjamin, director of medication-use quality improvement with the American Society of Health System Pharmacists (ASHP), who adds that the situation is likely to get worse before it gets better. “When they do, it can help. We’ve heard that the FDA has been able to avert about a dozen shortages after getting early word of a supply problem. But that’s the exception to the rule.”

Sens. Amy Klobuchar (D-Minn.) and Robert Casey Jr. (D-Penn.) have introduced legislation that would help with this information gap. The Preserving Access to Life-Saving Medications Act would require prescription drug manufacturers to give early notification to the FDA of any incident that would likely result in a drug shortage.

“Physicians, pharmacists and patients are currently among the last to know when an essential drug will no longer be available — that’s not right,” said Klobuchar in a press release. “This common-sense solution will help set up an early warning system so pharmacists and physicians can prepare in advance and ensure that patients continue to receive the best care possible. As we move forward, it is important that we have better coordination between the pharmaceutical industry, the FDA and health care providers so patients don’t lose access to the medications they depend on.”

Something has to change, physicians and pharmacists agree. “When a drug is unavailable, we end up switching to other medications that can do the job. But usually they’re not as good. They’re often combinations of agents, and a lot of the companies making those drugs stopped making them at that level because there wasn’t the demand,” said Little of the George Washington University Hospital. “So it takes them awhile to ramp up production enough to produce the supply that’s needed. It’s a domino effect, and there’s no end in sight.”