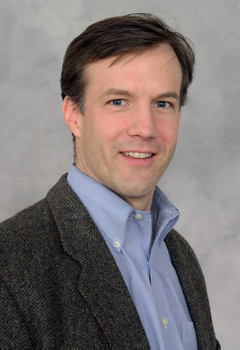 When the United Nations convenes Sept. 18 for its annual General Assembly in New York, the world will be watching to see what — if anything — the international governing body’s Security Council will do with respect to war-torn Syria.

Stewart Patrick, a senior fellow and director of the International Institutions and Global Governance Program at the Council on Foreign Relations (CFR), said those hoping for decisive action are likely to be disappointed.

“Syria is a very stark example of the fact that effective action within the U.N. Security Council really can only come about when there is consensus or at least acquiescence on the part of all five members,” Patrick said in a recent interview with The Washington Diplomat.

Stewart knows of which he speaks. Widely regarded as one of Washington’s foremost experts on the United Nations, he has served at the State Department with lead staff responsibility for U.S. policy toward Afghanistan and a range of global and transnational issues.

More recently, from 2005 to 2008, he was a research fellow at the Center for Global Development, directing the center’s research and policy engagement on the intersection between security and development, with a particular focus on the relationship between weak states and transnational threats, as well as the challenges of building effective institutions in fragile settings. He was also a professorial lecturer in international relations and conflict management at Johns Hopkins University’s School of Advanced International Studies.

Patrick graduated from Stanford University and received a doctorate in international relations as well as two master’s degrees from Oxford University, where he was a Rhodes Scholar. He is the author, co-author or editor of four books and the author of numerous articles on the United Nations, multilateral cooperation, state building and U.S. foreign policy.

Among the five permanent members of the U.N. Security Council — China, France, Great Britain, Russia and the United States — any of them can veto any proposal. Thus the council, whose resolutions are legally binding (unlike the General Assembly), has historically been both a primary instrument of power within the United Nations and a source of the diplomatic intransigence often associated with the world body.

Syria is a classic example of the limits of U.N. power when the Security Council is gridlocked. Despite nearly 18 months of violence and an ever-escalating body count (17,000, according to the latest U.N. estimates), Russia and China aren’t likely to sign off on tough economic sanctions under Chapter 7 because the resolution could eventually authorize the use of force.

Russia, steadily losing allies to the Arab Spring uprisings, continues to support embattled Syrian President Bashar al-Assad, in part because it doesn’t want to jeopardize the naval base it maintains in Syria, while China traditionally has been hesitant to interfere in the sovereign affairs of other nations.

“The Russians are really the stumbling block because they have a history of being a patron of Syria — both the Assad regime and that of his father. Russia has been a traditional Syrian partner in the Middle East and it gives Russia their major toehold there,” Patrick said. “The Chinese are following their lead.”

After the resignation of U.N. special envoy Kofi Annan last month, the United States has pretty much given up pursuing a diplomatic strategy to end the violence in Syria, where civil war has become a way of life.

Moscow counters that the United States never gave Annan or his six-point peace plan a fighting chance, accusing the West of working to break Assad while bolstering the rebels.

Russian Foreign Minister Sergey Lavrov also said that pressure on Russia to back Syrian sanctions in the Security Council had “elements of blackmail.”

“We are being told: If you do not agree to the resolution under Chapter 7 of the U.N. Charter, then we shall refuse to extend the mandate of the monitoring mission in this country,” Lavrov was quoted as saying by the New York Times. “We consider it an absolutely counterproductive and dangerous approach since it is unacceptable to use observers as bargaining chips.”

The effort to slap sanctions on Assad was fundamentally hindered from the start by what happened in Libya, with Russia already seething over the U.N.-authorized, NATO-led intervention that deposed Col. Muammar al-Qaddafi.

“What happened in the wake of that resolution was that it authorized all necessary means to protect civilians,” Patrick said. “The Western-led coalitions in NATO and the Arab League used that resolution as a mandate to work with the Libyan opposition to topple Qaddafi.”

China and Russia, which abstained from voting on the resolution of force, went along with the U.N.-backed intervention mostly because the mandate was to protect civilians and was supported by the Arab League (and unlike Syria, Libya had a coherent rebel opposition). But Russia, along with other nations such as South Africa, objected to the NATO-led mission once it seemed to morph from a campaign to protect civilians to outright regime change, ending in the brutal murder of the longtime Libyan dictator by an angry mob last fall.

“The West took this [resolution] as a license for regime change and some felt the U.S. and its Western allies had exceeded its formal mandate, which the U.S. disputes,” Patrick said. “I think there was a determination in the wake of that, with the bad taste in the mouths of Russia and China and others, it provides a convenient excuse not to let this occur again.”

Logjam is nothing new for the Security Council, however. Russia and China frequently part ways with the other three permanent members when it comes to military intervention, Patrick explained.

“Russia and China take a more traditionalist view, which they say is actually more in keeping with the U.N. Charter, which is the emphasis on nonintervention and the sanctity of sovereignty,” he said. “In their view, sovereignty is the bedrock of world order. They also don’t believe that the U.N. Security Council has any business telling other countries how to govern themselves.”

The inability to reach consensus on Syria is emblematic of the disagreement inherent in any body that represents 193 members, each with competing interests. The Security Council is a microcosm of that problem.

“There is a structural limitation built into the Security Council that was basically the price of creating it — and that was giving each of the five members a veto within that body,” Patrick said. “Historically, the council has often been stymied from acting when one or more of those countries believe it has a major national interest and stake in protecting the country that would be a target of sanction or U.N. coercive force.”

Russia and China aren’t the only U.N. members with reservations about intervention in Syria and elsewhere, which is increasingly being advocated under the responsibility to protect (R2P) doctrine (also see “Will the Responsibility to Protect Usher in New Global Paradigm?” in the June 2011 issue of The Washington Diplomat).

“If a state fails to live up to its sovereign responsibilities, the U.N. has an obligation to protect them,” Patrick argues. “Everyone at the U.N. signed up for that but there has been a certain amount of buyer’s remorse, particularly on the part of Russia and China, but also a number of countries in the global south — post-colonial countries that have always been major defenders of nonintervention and state sovereignty.”

Patrick said “there are a number of countries,” including developing democracies such as India, Brazil and South Africa, that Washington might one day allow permanent member status.

“This is another issue that is very important with respect to the U.S. relationship with the U.N. and also the future of the U.N. Security Council,” he said. “The question is whether the Security Council should be updated to reflect major changes in power in the international system.”

Patrick has authored a report that endorsed the notion of Security Council expansion, but he cautioned that it could create some heartburn for the U.S. and others.

“I’ve made the argument in the past that the time is now for the U.S. to try to take the lead to try to expand the Security Council,” Patrick said. “But I have to say that the performance of some of the major democracies in the developing world that would continually be considered for permanent or at least long-term membership — particularly when it comes to the promotion of democracy abroad, to the opposition to authoritarianism, and especially to intervention in the case of mass atrocities — their reluctance to endorse action from the Security Council makes one take pause and wonder if those countries are willing to assume those responsibilities.”

Yet Patrick also challenges the argument, traditionally held by some American conservatives, that the United Nations has outlived its usefulness. John Bolton, President George W. Bush’s U.N. ambassador, was notoriously hostile to the international grouping, at one time famously suggesting that the United Nations itself would benefit from having a few floors of the building lopped off.

“Right now, there are more than 100,000 blue helmeted troops deployed in more than a dozen peacekeeping operations around the world,” Patrick told us. “That means the U.N. has the second-largest deployed military in the world. The U.N. is keeping the peace and stability in places from southern Lebanon to Haiti to Sudan.”

Patrick argued that the United Nations gives the United States and other nations a chance to ensure global stability without political reprisals and the staggering costs of doing it alone.

“It is a great deal because it allows the U.S. and other countries to respond in areas where they don’t necessarily want to see U.S. troops but where there is humanitarian or regional security imperative,” he said.

“The entire budget of U.N. peacekeeping is equivalent to several days in Afghanistan” for the U.S.,” Patrick added, noting that Washington spends about 25 cents for every dollar the United Nations spends. “It’s become a real lightning rod over the past two decades, particularly amongst conservatives on Capitol Hill, to believe that the U.N. is an enormous waste of U.S. taxpayer dollars and it threatens to infringe on different aspects of American sovereignty.

“But the U.N. is such an infinitesimal fraction of the federal budget, so the amounts of money we’re talking about are incredibly small,” Patrick pointed out. “That’s not an excuse for bad management practices and there is a certain amount of cronyism. Some countries don’t put their best people forward and there are not necessarily high standards of professionalism. There are some very, very talented international civil servants, but there are also people who are just parked there.”

Instead of abandoning or shunning the world body, though, Patrick said the United States should work within U.N. structures to protect its own interests.

“There has to be some give and take and some willingness to compromise rather than taking the attitude that the United States is going to unilaterally impose its reform on the U.N.”