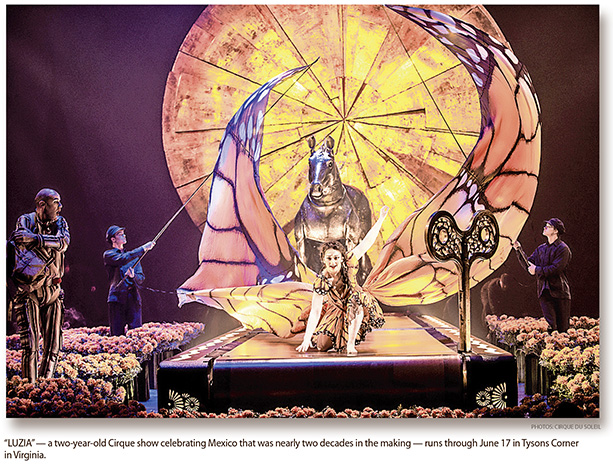 At a time when Washington — or at least President Donald Trump — is in a perpetual state of agitation over Mexico, Cirque du Soleil, the legendary acrobatic and theater troupe, has arrived in the region bearing nothing but love and admiration for America’s neighbor the south.

“LUZIA” — a two-year-old Cirque show celebrating Mexico that was nearly two decades in the making — runs through June 17 in Tysons Corner in Virginia. The elaborate production staged under the big tent takes the audience to an imaginary Mexico, where light (“luz” in Spanish) quenches the spirit, and rain (“lluvia”) soothes the soul. It also blessedly steers completely clear of politics.

“We have nothing politically charged,” said Gracie Valdez, artistic director of “LUZIA” and a Fairfax County, Va., native, in a telephone interview with The Diplomat. “It’s performance art and we really just celebrate the beautiful, rich culture that Mexico is. We have no political agenda.”

“LUZIA” incorporates a series of grand visual surprises and breathtaking acrobatic performances to draw audiences into surreal, dream-like scenes including an old movie set, the ocean, a smoky dance hall and a sprawling, arid desert. The show even incorporates rainfall into acrobatic and artistic scenes — a first for a Cirque du Soleil touring production. The result is more “oohs” and “ahhs” from amazed and appreciative audiences than ever. 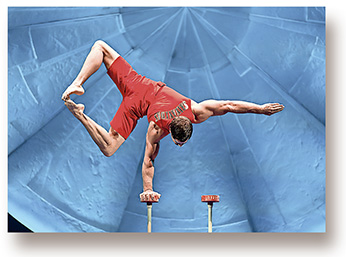 “We’re really celebrating an environment and a culture, but it’s an imaginary place,” Valdez said. “We go through different tableaus and settings and they don’t necessarily go hand in hand together. It’s more of a journey than a direct story we’re trying to tell.”

As artistic director, Valdez has the extensive mandate of ensuring the quality of each performance, overseeing the selection and integration of new cast members, supporting and feeding the artistic and acrobatic evolution of the show, and managing the creation of back-up scenarios.

Valdez noted that Daniele Finzi Pasca, the show’s creator and director, spent more than a decade living in Mexico, traveling and exploring before he conceived of and wrote “LUZIA,” and the familiarity and understanding shines through in spectacular ways.

“He was inspired by the richness of the culture and he wanted to create ‘LUZIA’ as a tribute, and to pay homage to the adventures that he had and the sites that he saw,” Valdez explained.

As artistic director, Valdez’s job is to manage a cast of 44 performers and artists who put on eight to 10 shows per week for anywhere between five and 12 weeks. The cast members throw themselves into their work with intensity unrivaled in any theater production company in the world.

“We work with the best acrobats in the world, the best musicians — we have to remind them that they are actual human beings, real people,” Valdez said, referring to the performers’ single-mindedness and ability to stay focused on their roles. “They are so dedicated to their art and their disciplines. Their body is their occupation. They take really good care of themselves and they are completely dedicated to what they do.” 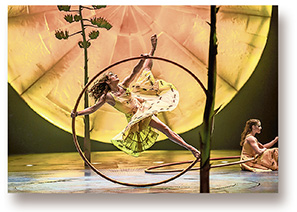 “This show has new technologies we’ve integrated into the production,” Valdez explained. “We have a rain curtain. We have massive treadmills. We have really big turntables. We have a different stage surface and different types of projection and automation equipment that is unique to ‘LUZIA.’ We’ve been able to utilize all of those technologies to the best of our abilities.”

Integrating the element of water to a big-top show is a first at Cirque du Soleil. The production incorporates a water basin under the stage floor, which allows for a giant indoor rain curtain. All of the water is recycled.

While Cirque likes to keep up with technology to make performances as awe-inspiring as possible, the human body remains the star of the show.

“The human aspect, the human body, the human form is really what we like to showcase and is what the audience relates to,” Valdez said.