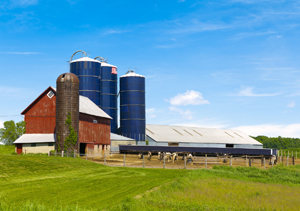 As the clash over agricultural export subsidies among Republican stalwarts shows, not all of Washington’s battles are drawn along partisan lines.

In April, the U.S. Department of Agriculture announced the funding levels for its Market Access Program (MAP), which provides money to American industries and trade groups to promote their agricultural products overseas.

The Agriculture Department’s Market Access Program, which provides money to American industries and trade groups to promote their agricultural products overseas, has come under fire as a waste of taxpayer money.

“Now that Congress has passed the Farm Bill, USDA is moving quickly to implement our trade promotion programs to help open and expand opportunities for farmers, ranchers and small businesses and build on the past five years of record agricultural exports,” said Agriculture Secretary Tom Vilsack. “These programs are an important investment in rural America.”

With roots extending back decades, the cost-sharing program supports such activities as advertising in potential export markets, flying foreign distributors to the United States to attend promotional events and sending American industry execs abroad to make inroads there.

Not everyone in Washington approves, however, of using taxpayer money to help “big ag” market itself overseas.

Sen. Tom Coburn (R-Okla.), one of the GOP’s most outspoken and unyielding fiscal conservatives in the Senate, has long railed against MAP.

“Many Americans might respond with disbelief that we are paying for private companies to market their products in the first place. That we are doing so overseas is even more troubling,” he wrote in a letter to taxpayers a couple of years ago, calling MAP “a permanent subsidy to some of the nation’s most prominent agricultural companies and trade associations.”

While other Republicans on Capitol Hill, including heavies such as Sen. John McCain (R-Ariz.) and members of the influential Republican Study Committee, have also voiced this view, Coburn hardly speaks for his party as a whole.

One of MAP’s champions is in fact another Republican who hails from the Sooner State: Rep. Frank Lucas, chair of the House Agriculture Committee.

“Over the last 25 years, MAP has boosted agricultural exports. It has increased American jobs. It has added to rural income,” Lucas (R-Okla.) touted in 2011 as he sought to block an amendment that could have reduced MAP’s money. “We have a lot of discussion these days on the creation of jobs and rightly so, but exports are one of the most surefire ways to increase American jobs.”

Coburn again heaped scorn on MAP just before the long-delayed 2014 Farm Bill that authorizes the program was signed this February, deriding what he called “a little $200 million program that everybody in organized agriculture gets to take advantage of — get a couple of trips every year on the federal taxpayer,” Coburn said.

In the same Senate-floor speech, Coburn singled out the authors of the final version of the bill, including Lucas, for killing a provision that would have capped payouts for crop insurance.

A few weeks earlier, Coburn announced he would retire this year for health reasons and The Washington Post mentioned Lucas as a possible contender for Coburn’s Senate seat.

While both men claim a background in farming, Lucas receives a much larger share of campaign funding from agricultural interests, which could either explain their differences or be an outcome of them.

“We wink and nod and do the parochial vote even though in the best long-term interest of our country we’re doing the wrong thing,” Coburn lamented, “but it sure sells well at home.”

More broadly, the issue of whether or not the federal government should make outlays to support these groups’ export campaigns touches a fundamental debate in American politics and society — and between the Republican Party’s fiscal-discipline and business-first wings: How much should taxpayer money be used to boost American businesses? It’s a debate that’s also currently playing out among opponents and backers of the Export-Import Bank, which supports American exports by offering financing to foreign purchasers of U.S. goods and services.

These programs’ supporters say it’s not just the businesses involved that get a lift, but the country’s GDP and trade balance are shored up, there are benefits up and down the supply chain, jobs are added and local communities across the country reap rewards.

“Every dollar we invest in trade promotion provides $35 in economic benefits,” Vilsack said in the recent MAP announcement.

But the direct recipients of the MAP money clearly benefit in a way that is not shared by all American taxpayers equally.

Citizens Against Government Waste, an advocacy organization that opposes what it considers pork-barrel spending, chided Lucas for maintaining the program, which it called “absurd,” adding that it “could more accurately go by the name Corporate Welfare Access Program.”

The people who administer the programs point out, however, that they are not throwing cash around willy-nilly. Mark Slupek, a program director for the USDA’s Foreign Agricultural Service, said that MAP and related programs are in place to offset the risks for American companies to do business overseas, such as fluctuations in exchange rates and political turmoil. There are also many safeguards in place to protect those investments, he said, such as a competitive review process, whereby the applicants are judged against one another. And every group that seeks funding has to reapply each year, a process that can amount to 500 pages of paperwork, Slupek noted, adding that the agency’s compliance staff visits each organization’s offices to inspect its accounting and verify receipts.

Newer applicants tend to receive smaller allocations than ones that have a long track record of producing results with USDA funds, Slupek said. The agency monitors not just whether a group is successful in raising exports but also how it reacts when a product flounders in a particular market, he said.

“Sometimes they’ll hit a home run and we’ll see an export market blossom quickly and there will be an immediate return that’s obvious. And sometimes the best thing a group can do is be in the market for a couple of years and realize that market isn’t working out. That’s one of the risks of getting into a market — it might not be a good match. What we pay attention for in situations like that is that they have a proper feedback loop and a good plan for measuring results,” Slupek explained.

“If they see that a market isn’t a good fit, we appreciate if they leave that market,” he added.

One of MAP’s success stories, according to Slupek, is the Brewers Association, a trade organization for beer-makers that’s based in Colorado and received a 37 percent increase in funding this year, from $439,424 to $600,895.

Over time the Brewers Association has shown it knows how to spend the money wisely, Slupek said. “They’ve really broadened their export scope and we have determined as an agency that they’ve been a good investment for us.”

Bob Pease, the Brewers Association’s chief operating officer, said that when he first began promoting American beer overseas more than a decade ago, it suffered from a reputation based on the mass-produced American lagers that had long been our primary export. But the USDA’s contributions helped Pease open up new markets abroad for America’s fast-growing craft beer industry, which tends to brew more complex styles. Now, the American industry’s standing has risen rapidly overseas and brewers all over the world are imitating our homegrown styles of beer, he said.

The advantage of MAP for the Brewers Association’s members is that the group has been able to foster this new perception and expand export markets without a high price tag.

“It doesn’t cost anything other than my time, because we get reimbursed for all of these expenses,” Pease said. “I report to my members and say here’s what I found, here’s the status of the market and here’s some potential trading partners for you.”

Pease also pointed out that all of the promotion his organization does under MAP is of the generic variety — marketing American craft beer as a whole, rather than a single brand or variety.

There were less limits on the program until the 1990s (then called the Market Promotion Program) when it came under congressional scrutiny from both sides of the aisle, with the likes of then Reps. Leon Panetta (D-Calif.) and Dick Armey (R-Texas) calling it corporate welfare. Reforms were put in place that were meant to bolster the program for small businesses and forbid corporate giants from using USDA funds to directly promote their brands.

However, those lines still can get blurry, which is one reason why Coburn and his allies continue their criticism. For example, Sunkist, one of America’s most recognizable citrus brands, and Blue Diamond Growers, which is the world’s top producer of almonds, received $2.3 million and $4.7 million, respectively. Despite their well-known trade names, these are actually agricultural cooperatives, which means they can participate in the branded portion of the program if they want.

And the groups that promote their products in a generic fashion often include big corporations in their ranks. For instance, the Brewers Association is primarily composed of small and mid-sized breweries, but it also counts MillerCoors among its ranks.

Still suffering from an ongoing perception that MAP is a giveaway to vested interests, the White House recommended the program take a 20 percent cut in its 2011 budget, which Coburn repeatedly cited as proof that his view has bipartisan support. (MAP was authorized by Congress at its historic level this year, but received 7.1 percent less in funding because of the across-the-boards budget cuts known as sequestration.)

“Our economy has stagnated precisely because programs like this tend to hurt markets and block access to capital. Washington simply is not capable of picking winners and losers. When it tries we all lose,” John Hart, Coburn’s communications director, told The Diplomat.

Or not. The other possibility is that the government can and does pick winners and losers all of the time. And MAP may demonstrate that it can even be reasonably good at it, with real benefits for the economy overall.

The question, then, is should Washington be placing those bets — not based on its track record, but as a matter of principle? That’s an ongoing debate among lawmakers and the public.