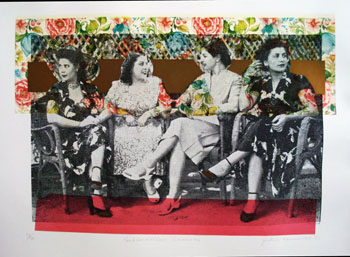 “A Dream…but not Yours: Contemporary Art from Turkey” — the intriguing title of an equally intriguing exhibition by women artists from Turkey now on view at the National Museum of Women in the Arts — is a contradictory piece of business.

As a title, it’s elusive yet specific, poetic, pragmatic and provocative. It’s in part a statement tinged with sad defiance, while at the same time simply a matter of description about the art and where it comes from.

PHOTOS: NATIONAL MUSEUM OF WOMEN IN THE ARTS

“Contemporary Art from Turkey” is straightforward enough. All of the artists here are relatively young, and they use everything that contemporary artists avail themselves of to make their art — digital multimedia, video, mixed media and, yes, even painting, though it’s not always recognizable as such.

But the hook here is the “Dream,” which apparently isn’t theirs. So whose dream is it? The display features work by eleven internationally established artists who pose the elemental question: “Why do so many women seek to conform and adhere to standards set by others, and continue to be judged by their roles as spouse, mother and keeper of the house?”

As these women grapple with issues of gender and identity, their art too is a specific response to a specific society and culture, that of contemporary Turkey. But here too the definition of what it means to be Turkish is hazy, referencing an identity that’s continually shifting and evolving, bringing the traditional ways of creating art with it.

This is a country that throughout history was an amalgamation of cultures, and today Turkey’s role as a “bridge” between East and West is almost a cliché that doesn’t even begin to describe this complex society. 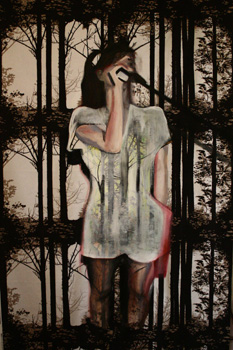 The remnants of traditional culture and practices, predating the modernization efforts of the republic’s founder, Mustafa Kemal Atatürk, after World War I, remain embedded like indestructible walls. They exist at the juncture where rural and urban meet in a kind of collision, where the ghosts of the Ottoman Empire are as real as Atatürk’s furious push toward secular democracy — and at times just as confusing for this Muslim powerhouse asserting itself today on the world stage.

Also asserting themselves are a group of female artists who claim Turkey as their homeland, but whose video art, photography and painting declare a less-defined identity. They tackle gender, cultural stereotypes and to a degree politics through daring, evasive, abstract and technologically rich art. Here, notions of beauty are secondary to the force of content. Many of the works are indirect questions, half-answers, vague protests full of both nostalgia and a kind of reckoning with the past.

Yet all of these artists clearly want to define their own dreams. It’s a specific kind of feminism that Western artists might not immediately recognize but can understand through the universal use of techniques seen here.

Consider for instance Nevin Aladag’s video depicting several women in stiletto heels dancing to music atop an urban rooftop. All the women are different but move to the same beat, and the results are five sheets of white paper imprinted with stiletto impressions made by the gyrating women. All of it is one collective piece of art about individualism, about choices.

Choice is also implied in Selda Asal’s photograph showing a little girl holding toy bride and groom figures. Likewise, tradition plays a role in many of the works, some of which were inspired by a miniature form of painting that’s been popular in Turkey for generations. We see this in Canan Senol’s large canvas depicting highly detailed scenes from the journey of a son who becomes a solider in “A Father Sacrifices His Son While Brother Kills Brother.” 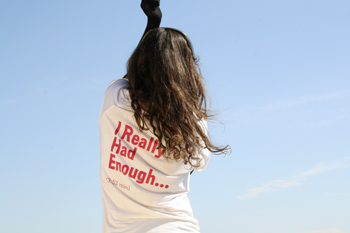 Elements of a softer nostalgia are evident in Gülsün Karamustafa’s “Time as It Was/Time in Colour,” a series of magazine covers about popular female radio personalities from the 1950s, before a more conservative atmosphere once again injected itself into Turkey. Placed in a circle, the colorful covers resemble a carousel, a whirling kaleidoscope of memory.

With the return of stability in recent decades, Turkish art has made something of a splash in international circles, spilling outside the bounds of history, while dragging some of it along.

Yet the country is still being molded by forces both internal and external, although Turkey has never really fit any particular mold and probably never will. Likewise, these artists break the mold as they challenge notions of what it means to be Turkish, to be a woman and an artist — dreaming about the past and the possibilities of the future.