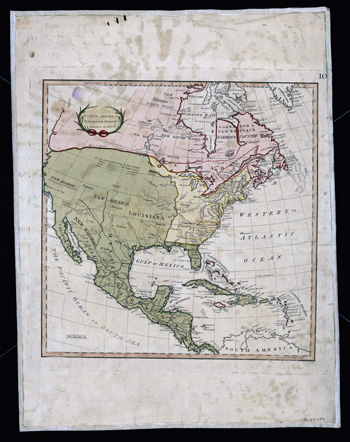 When many people think of America’s early history, they tend to associate it with the British. But of course it wasn’t the British who first colonized this country. It was the Spanish, starting with Christopher Columbus’s 1492 discovery that ushered in three centuries of Spanish Empire expansion across the Americas.

That imprint, for good or ill, is felt strongest in the countries of Latin America. But Spain’s enduring influence has also left an indelible mark on North America.

The upcoming 2015 fall/winter season of the Embassy of Spain’s cultural programming series, which was announced by its cultural center (site of the former ambassador residence on 16th Street) last month, celebrates the variety, range and scope of Spanish culture in the Americas, both past and present.

Many of the events are scattered throughout the United States and Canada, and it’s hard not to envy the cities hosting them. Still, Washington isn’t exactly being left out in the cold — not with a major design exhibition that opens in December at Spain’s cultural center, which will also be the hub of this year’s FotoWeekDC, the city’s largest visual arts festival.

The December exhibition presents an expansive look at the Spanish presence in the United States, which is more far-reaching than many people realize. “Designing America: Spain’s Imprint in the U.S.” traces Spain’s role in putting America on the map — literally — by examining the expeditions that marked up U.S. territory, from the first settlements to the present day.

It’s a shared history that stretches back 500 years. The Spanish not only explored the American frontier, they established it, devising a system of points on a map, building up trade routes that connected disparate settlements, building towns, presidios and missions, and imbuing them with character and architecture. 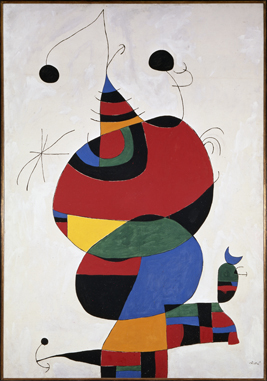 The influence of Spanish engineers and designers persists in the design and renovation of cities throughout the country, from the American Southwest to New Orleans and Florida.

That’s where the story begins, in fact. “Designing America” celebrates the 450th anniversary of the founding of St. Augustine, Fla., the oldest, continually inhabited European settlement in the United States. Even today, St. Augustine remains a microcosm of historic fortresses and stellar Spanish architecture.

Through a combined dialogue of historic documents, texts, images and audio-visual elements, visitors can experience, measure and view the footprints of this common journey — one that is often neglected during a time when campaigning politicians denounce the subject of immigration, not extol its virtues.

Locally, Latin culture has found a special niche in Washington, D.C. So Spain’s cultural lineup is also teaming up with GALA Hispanic Theatre to commemorate its 40th anniversary as a Washington institution, with the world premiere of a new adaptation of Federico García Lorca’s tragic 1934 poem “Yerma”.

The theatrical renditions of the legendary Spaniard’s poems are a kind of contemporary high water mark in Spanish drama, and a perfect match for GALA, a local pioneer of relevant theater.

Other highlights spread throughout the country include the remarkable “Treasures from the House of Alba: 500 Years of Art and Collecting,” which celebrates the golden anniversary of the Meadows Museum in Dallas and will showcase 100 treasures from Spain’s most renowned noble family, many of the objects never before seen outside of Spain. 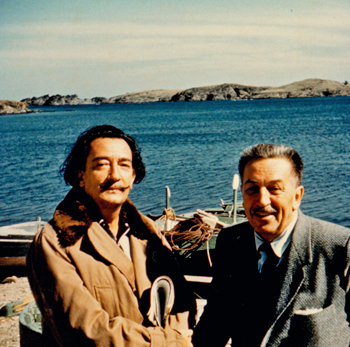 Salvador Dalí and Walt Disney in Spain in 1957

Another promising exhibition, also in Texas, is “Miró: The Experience of Seeing,” featuring more than 50 paintings, drawings and sculptures by the Barcelona-born artist. Meanwhile, “Disney and Dalí: Architects of the Imagination,” on display in San Francisco and St. Petersburg, finds a connection between the surrealist genius and the genius of popular culture.

The renewal of relations between the United States and Cuba makes for a sharp backdrop to “CUBAHORA, Why not?,” a multidisciplinary project in Miami that includes exhibits, dance, theater, literature and music.

Likewise, from film festivals in L.A. and Ottawa to book festivals in Puerto Rico, Spain’s eclectic fall schedule spans North America and covers a diverse array of media. It’s only fitting for a country that shaped so much of the continent.