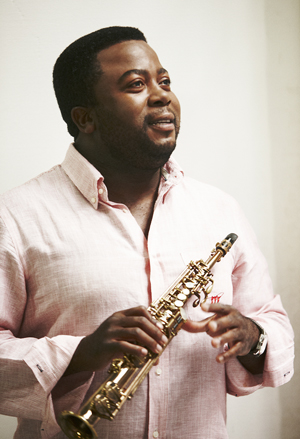 This spring, the Kennedy Center will open its stages to a full range of performances highlighting culture from Portuguese- and Spanish-speaking countries from around the world.

More than 600 artists will participate in “Iberian Suite: global arts remix,” an international festival running from March 3 to 24. The festival’s opening performance will be held on March 3 in the Eisenhower Theatre and will include singers Carminho (Portugal) and Eugenia León (Mexico); dance company Grupo Corpo (Brazil); Arakaendar Choir and Orchestra (Bolivia); jazz saxophonist Moreira Chonguiça (Mozambique); D.C.’s own experimental orchestra PostClassical Ensemble; and ballet dancers Ángel and Carmen Corella (Spain) in their only festival appearance. The festival is presented in cooperation with the governments of Portugal and Spain.

“Iberian Suite will offer an extensive and vibrant panorama of contemporary cultural traditions whose roots trace back to more than a millennium,” said festival curator Alicia Adams, the Kennedy Center’s vice president of international programming and dance. “The intersections of arts across continents show the movement and metaphor, the quality, plurality and creativeness of the various genres and trends that have emerged from contact and encounters between artists that share the Spanish and Portuguese languages.”

In addition to concerts, dance and theatrical performances, the festival will include installations, literature panels and culinary events. A highlight will be the “Picasso Ceramist and the Mediterranean” exhibition, a selection of more than 140 ceramic pieces from the iconic artist on display in the Atrium and Atrium Foyers. Reflecting Picasso’s attraction to Mediterranean colors, shapes and mythological creatures, the exhibition is the first of its kind to be shown in the United States.

Pablo Picasso, along with two other luminaries of the Spanish-speaking world, Pablo Casals and Pablo Neruda, receive a multimedia tribute in “Tres Pablos” on March 13, which will include videos of all three late artists as well as live music and interviews with several special guests.

Visitors to the Kennedy Center can also take a stroll through “A Journey of Imagination” in the Hall of Nations, where the work of four contemporary artists will honor the enduring legacy of influential Spanish- and Portuguese-language authors. Fashion inspired by Iberian artists and cultures will be displayed in the Hall of States. 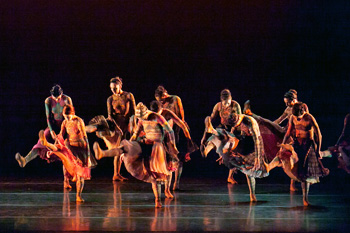 Meanwhile, the Kennedy Center café and restaurant will showcase regional-specific menus and offer tastings, recipes and games designed for families. In the Nations Gallery, “The Transatlantic Table: 500 Years of Global Gastronomy” will explore how many of the foods and animals we know so well were in fact brought to the Americas, or discovered here and spread around the globe, thanks to Portuguese and Spanish exploration.

In addition, free Millennium Stage performances will be available nearly every night of the festival. Other highlights include: Portugal’s award-winning theater company Teatro Meridional, which on March 4 presents “Contos em Viagem – Cabo Verde (Stories on a Journey – Cape Verde),” a one-woman play based on texts that, despite having a particular context and geography, speak of the universality of emotions.

On March 6 and 7, the internationally renowned Brazilian dance troupe Grupo Corpo returns to the Kennedy Center for the first time in more than a decade for the cutting-edge piece “Sem Mim & Onqotô.” Now in its 40th year, the contemporary dance group fuses Afro-Brazilian dance, ballet, jazz and other styles. 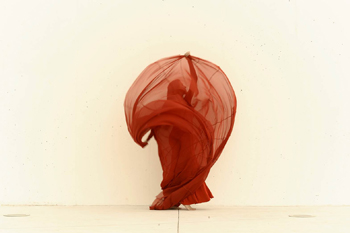 On March 9, famed flamenco dancer Sara Baras of Spain will make her debut at the Kennedy Center as part of a worldwide tour exhibiting a new work that premiered in Paris late last year. On March 11 and 12, Spanish-based dancer and choreographer María Pagés, dubbed the “leading innovator of modern flamenco” by the New York Times, also has a Kennedy Center debut with her work “Utopía.”

From March 5 to 7, Spain’s Jesús López-Cobos conducts two programs with the National Symphony Orchestra, while on March 10 and 11, PostClassical Ensemble presents the U.S. premiere of a multimedia program the blends music, flamenco dance, poetry and visual art inspired by a confluence of Islamic, Catholic and Jewish influences. 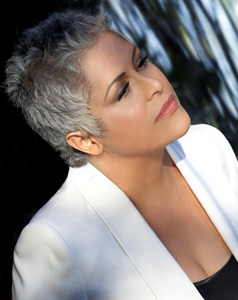 Eugenia León is known as the “voice of Mexico.”

On March 14 and 15, Eugenia León, known as the “voice of Mexico,” pays tribute to the greatest Ibero-American female singers in a special multimedia performance featuring composers from 14 countries.

On March 16, Carmen Souza of Cape Verde returns to the Kennedy Center with her signature mix of West African rhythms and contemporary jazz.

And on March 21 and 22, Spain’s Ron Lalá Theater Company presents “Somewhere in Quixote,” a play in which Cervantes, while writing his comic misadventures of a “not quite right” knight, begs his friends to act out and help finish his story.