In diplomacy, history and symbolism count for a lot. Countries can maintain longstanding feuds over isolated pieces of land that they’re not even sure they need, decade-old wrongs can color even the most strategic of relationships, and small gestures can either imperil or vastly improve how two countries get along.

In that, a stately redbrick house in the Logan Circle neighborhood of Washington, D.C., has proven to be a powerful symbol in the difficult history that underpins — and continues to shape — the relationship between Japan and South Korea.

In mid-October, South Korean officials took part in a ceremony at the National Press Club in which they reacquired the 135-year-old home that served as the then-kingdom’s first embassy starting in 1891, when the Joseon Dynasty purchased the building for $25,000.

What’s newsworthy is not the fact that the South Koreans reacquired their former de facto embassy, but rather how Japanese and Korean history played a role in determining its fate.

Photos: Embassy of the Republic of Korea

The South Korean government recently purchased the home that once served as its legation in D.C. up until 1910, when the Japanese empire bought the building from the Joseon Dynasty for $5, effectively erasing Korea’s diplomatic presence in Washington. Shortly afterward, the Japanese sold the 6,300-square-foot, seven-bedroom home to private owners for $10, no less — a slight that has long tainted bilateral relations.

In the midst of annexing the Korean Peninsula in 1910, the Japanese empire purchased the home of the Korean legation from the Joseon Dynasty for $5, effectively erasing Korea’s diplomatic presence in Washington. When the annexation was completed later that year — Korea would remain part of Japan until the end of World War II in 1945 — the Japanese sold the 6,300-square-foot, seven-bedroom home to private owners. To Koreans, the sale — for $10, no less — was seen as an additional indignity they would have to suffer.

Within the next few months, though, the house will again be in Korean hands, correcting — at least symbolically — one of the many wrongs that many Koreans still lay at the feet of the Japanese.

“Although we’re not able to recover all history stolen from us by Japanese imperialists, this Korean Empire legation building miraculously survived. For us, this is a very meaningful and historic day,” said Kim Chan of the Cultural Heritage Administration of Korea at the National Press Club ceremony, where the announcement of the coming transfer of ownership was announced.

The house’s history, before and after it belonged to Korea, is in and of itself interesting. It was built in the late 1870s by Civil War Navy Officer Seth Ledyard Phelps, who served as one of the first presidentially appointed commissioners for Washington before being dispatched to serve as U.S. ambassador to Peru. After the property, commonly known as Phelps House, was sold off by the Japanese, it was used for a variety of purposes — including as a Teamsters Union hall — before being purchased by Timothy and Lauretta Jenkins in 1977, where they have been since. 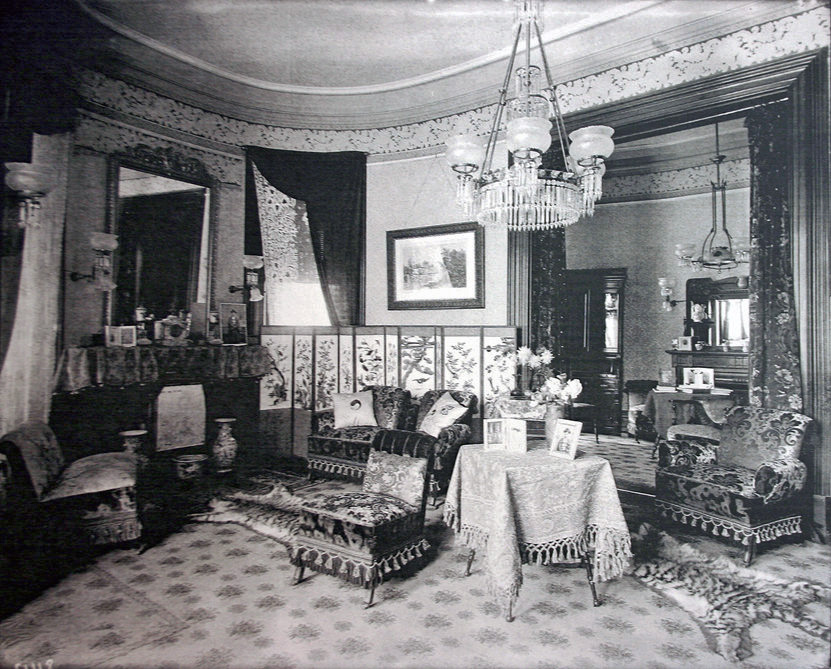 “We’ve lived in the house for almost 35 years, and almost from the beginning Koreans would stop by the house to ask us if we were interested in selling it,” Lauretta Jenkins told The Diplomat. “Needless to say, we were not. Even now we leave somewhat reluctantly. Even though our family has grown, we don’t need all of this space and our knees are getting tired of climbing all of these stairs. It is a beautiful house and we have loved being here.”

While Lauretta and her husband — former acting head of the University of the District of Columbia — were aware of the house’s history, she said, its importance in Korean lore became evident when they were visited, some 25 years ago, by a former Korean general and descendent of the country’s first ambassador to the United States. “He walked around so reverentially that it struck a note with us,” she said.

In the intervening years, she said, they received a variety of offers from Korean businessmen, but none convinced them it was the right time to sell. “Who knows what they would do? Sell it into someone else’s hands, break it up into condos — we didn’t want that to happen,” she said.

Earlier this year, the Jenkins’ were invited to dine with the South Korean ambassador, and though the house didn’t come up, it seemed the government had more serious plans for reclaiming the long-lost house. After that, a real estate agency representing the state-run Cultural Heritage Administration — formed explicitly to restore Korean ownership of the building — contacted the Jenkins’ about selling, which they agreed to do. 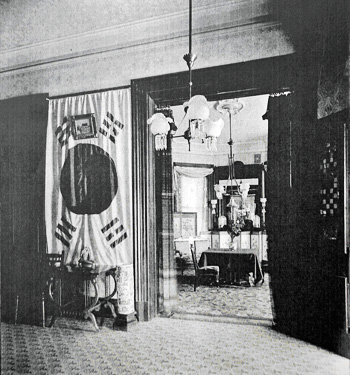 The South Korean government recently purchased the home that once served as its legation in D.C. up until 1910, when the Japanese empire bought the building from the Joseon Dynasty for $5, effectively erasing Korea’s diplomatic presence in Washington. Shortly afterward, the Japanese sold the 6,300-square-foot, seven-bedroom home to private owners for $10, no less — a slight that has long tainted bilateral relations.

“We could see they were seriously interested in it, and not for profit or for changing it into something else but to restoring it and keeping it as the beautiful and graceful place it is,” she said. The purchase price is said to be above $3.5 million.

According to Korean officials, there are no plans to use the house as a residence for the ambassador or as a chancery. Rather, they said, it will likely play host to Korean cultural gatherings and events. “The building will be used as bridgeheads to let the American public learn about our cultural heritage and to teach Koreans a historic lesson,” said Kim during the National Press Club event.

That historic lesson, and many others, have infused relations between Japan and Korea over the years, for better or worse. While policy experts say that the two countries generally share a stable and strategic relationship — in particular as two of America’s most critical allies in the Asia-Pacific region — the kinship can often be cast aside by what either side views as a symbolic slight rooted in a complicated past.

Those deep-seated tensions have been exacerbated by the recent spat over tiny islands — referred to as Dokdo by the Koreans and Takeshima by the Japanese — that both nations claim as their own. Like the former embassy building, the remote rocky outcroppings have taken on an oversize symbolism as a source of national pride.

During an event in August marking the anniversary of the end of Japanese rule, outgoing South Korean President Lee Myung-bak said Japan’s historic transgressions continue to dog the countries’ relations.

“Japan is a close neighbor, a friend that shares basic values and an important partner that we should work with to open the future. However, we have to point out that chain links tangled in the history of Korea-Japan relations are hampering the common march toward a better tomorrow in the Northeast Asian region, as well as bilateral ties,” he was reported as saying.

President Lee said one of the outstanding issues that remain is a Japanese apology and compensation over the use of Korean women — known as “comfort women” — as sex slaves during World War II. Only days later, he visited a tiny and largely uninhabited collection of islands claimed by both countries; a small diplomatic row ensued.

As for Lauretta Jenkins, though she says she’ll miss the house where she raised her children, she also understands why it’s important that it be returned to Korea — and why Korean history remains so intertwined with current-day relations.

“Those of us who know the history of oppressed people in the world — some of our own people have been oppressed and their culture ignored over the years — we relate to people who have those feelings about how they’ve been treated. We understand how the Korean people feel. Their house was taken from them in an act of war, and they had nobody standing up for them or coming to their aid. It makes sense to us that they would have those kind of feelings.”