Home The Washington Diplomat January 2012 Locked Up But Let Loose: The Sorry State of Mexican Jails 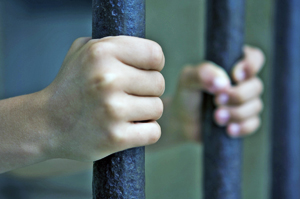 While often lumped under the broad label of “the war on drugs,” the dimensions of Mexico’s security landscape are far more complex. There is the local drug trade, transnational smuggling networks led by notorious villains like Joaquín “El Chapo” Guzmán, the growing prevalence of kidnapping and extortion, gun trafficking from the United States, the political collusion with criminal groups, the dead weight of local governments, the ineffectiveness of federal security agencies and, of course, the beheadings and shocking violence that has taken the lives of an estimated 45,000 people since 2006. Though there is obviously quite a bit of overlap, each of these issues — and there are many more — presents a separate challenge.

But beneath this incredibly complicated tangle of problems lies a simple fact: Any effort to improve security in Mexico will require that authorities put more criminals behind bars — and keep them there. And therein lies another Herculean challenge, because Mexico’s prisons are in a state of shambles, and oftentimes a haven of crime.

“It’s a catastrophe,” said Alejandro Hope, a Mexican security analyst, of the nation’s penitentiaries. “There’s no other way to describe it.”

Mass escapes, for instance, are strikingly common. In 2008, security cameras caught one of the most flagrant flights when 56 gang members of the notorious gang Los Zetas drug cartel walked out the front door of a prison in the central state of Zacatecas as though it was their vacation home. The problem has recently been most severe in the northeastern state of Tamaulipas, where more than 300 inmates escaped from prisons in five different incidents in 2010. In a single December escape, 141 inmates slipped out of a facility in the border city of Nuevo Laredo.

Those criminals unable to escape are often at risk of violent death inside the prisons, where massacres have also become quite frequent. Seventeen people were killed in a Juárez jail in an August attack that was carried out with firearms, including assault rifles, and caught on video. It was at least the fifth such jailhouse bloodbath since 2009.

Prison officials are often in the crosshairs as well. Isolated attacks on wardens or prison guards don’t receive a great deal of attention, but there has long been a steady drumbeat of such killings in Mexican papers. To take but one example, the warden of a minimum-security facility in Chihuahua was murdered by an armed group after a highway chase last January.

Serving time isn’t supposed to be a pleasant experience, but the situation in Mexican prisons has deteriorated to a point where it threatens not just those unlucky enough to be housed inside, but rather represents a danger to society as a whole.

What all of the mayhem reflects is a system in which criminals are often capable of imposing their will on the officials nominally tasked with running prison facilities. Though analyst Hope says the worst of the cases are limited to about half a dozen or so jails, the manifestations of this problem are common.

Often, the stories of criminal control behind bars are more head-scratchingly shocking than they are scary. In November, for instance, a surprise inspection in an Acapulco jail uncovered the presence of 19 prostitutes, in addition to 100 fighting cocks and two peacocks. Similar tales have spilled out from jails around the nation. In May, a makeshift bar, offering everything from tequila to heroin to billiards, was discovered in a minimum-security facility in the border state of Chihuahua. An August massacre in Juárez came hours after one of the gangs operating within prison walls hosted a party with dozens of women, again including alleged prostitutes brought in from the outside.

The more egregious cases of criminals controlling prisons have less to do with extracurricular partying than with gangs conducting brazen criminal activities from within cell walls. Earlier this year, authorities discovered that a kidnapping ring was operating from a prison in Nuevo León. Not only were they carrying out the planning and execution of the crimes while locked up, which is not particularly uncommon, but they were also storing the victims inside the actual facility.

Probably the most glaring example of jails serving as criminal bases came from the northern city of Gómez Palacio in 2010, when inmates were evidently given permission to leave the prison at night and slaughter their enemies one town away, before sneaking back into prison while authorities cleaned up after their handiwork. The Mexican government was tipped off only after the third such massacre in July, at which point the rival gang uploaded a video online of someone connected to the jailhouse crew confessing to the scheme.

So what has led Mexico’s penal system to this sorry state of affairs?

The sheer quantity of inmates has a great deal to do with the problem. According to a recent report from the Mexico City newspaper El Universal, the nation’s 400-plus prisons and jails collectively suffer from 25 percent overcapacity. In Mexico City’s massive federal prison, more than 42,000 inmates are stuffed into a space built for no more than 19,000. As a result, inmates are more restless, it’s more difficult for guards to keep rival gangs separated, and there is less ability to monitor individual prisoners, all of which contributes to an atmosphere of chaos.

Another problem is not the size of the population, but rather the composition of its inmates. President Felipe Calderón’s aggressive approach to confronting the drug cartels head-on has resulted in a dramatic increase in the number of federal prisoners linked to organized crime, a group that includes the most brutal and powerful figures in the nation. Consequently, federal prisoners have been farmed out to state and local facilities that are ill equipped to handle them and are now living alongside, and influencing, small-time crooks who would previously have not rubbed elbows with drug kingpins and assassins. “Everyone gets mixed up,” Hope said.

Some of the most aggressive groups have taken advantage of this situation to build their jailhouse empires. As Alejandro Gertz, Mexico’s former secretary of public security, recently told the Mexico City daily El Universal, “Organized crime has penetrated many of the jails in the country.”

The danger has been furthered by a growing sense of impunity, as the boldest crimes largely go unpunished. The most notorious prison escape came in 2001, when El Chapo Guzmán fled a maximum-security prison called Puente Grande. He remains on the loose. While a significant number of those who left prison in mass escapes have been re-apprehended, many others remain on the outside. Official responses to jailhouse illegality often target the guards, though without doing much to break the cycle of impunity inside the prison system. According to Hope, criminals have “realized that they can escape, they can commit acts of violence.” Getting them to un-learn that lesson will require fundamentally breaking the get-out-of-jail-for-free cycle.

Prisons and Political Will

One obvious solution is more jails. Here, President Calderón’s record is spotty. More than two years ago, his administration announced plans to create 12 new prison facilities, including a “super-max” prison in Veracruz that will house thousands of inmates. But several of the dozen are just the conclusion of already-existing projects, and it’s not clear that even with the new facilities up and running, there will be enough room for all of the federal prisoners, should the aggressive approach to organized crime continue.

Mexican authorities have also used extraditions to lesson their burden. Under Calderón, the number of prisoners extradited to the United States has ticked up from previous administrations, with 94 in 2010, according to the Congressional Research Service. (In contrast, during the last full year in office of his predecessor, Vicente Fox, just 42 people were extradited.) That figure includes some of the most notorious inmates in Mexico, such as former Gulf cartel boss Osiel Cárdenas Guillén, who ran his operation from a maximum-security prison until his 2007 extradition.

Nonetheless, further improvements are clearly necessary to reverse the stubborn trend. Penal reform legislation has been bandied about by opinion page columnists and politicians alike, but with so many other pressing security issues, fixing the prisons isn’t an area where any politician is going to invest a great deal of capital. “[Prison] reform hasn’t found its champion,” Hope noted.

The lack of interest, however, belies the importance of improving the penitentiary system. “Everyone has an interest in this,” Hope said. “A great deal of the nation’s crime comes from prisons.”

The United States could also play a larger role in fostering improvement in Mexico’s prisons. Despite a multi-billion dollar flow of aid to Mexico under the Merida Initiative, the U.S. government has not placed much emphasis on the state of Mexico’s prisons. “While mentioned, the prison system has been decidedly second fiddle in U.S. security assistance to Mexico, and in ongoing U.S.-Mexico cooperation more generally,” said Shannon O’Neil, the Latin American expert at the Council on Foreign Relations. “The focus has been on the military, federal police force and justice system. Whether for equipment or training, these areas dominate.”

O’Neil said that the lack of U.S. interest has quite a lot to do with the absence of a “champion” in Mexico. “Mexico, despite the rhetoric, has yet to make a big push to fundamentally reform and professionalize its prison system,” she said. “Until the political will [backed by resources] exists domestically, there is little the United States can do.”

A final element of an improved penal system is a more effective trial process. Mexico’s judicial system is infamous for the long wait periods between arrest and trial. Indeed, Hope says that 40 percent of the population behind bars has not even been sentenced; reducing that lag time could mean less overpopulation and a more manageable group of prisoners. Hope also says that Mexico should seek alternative avenues for punishment, such as parole and electronic bracelets. Many of the people occupying space behind bars today are simply there because they were unable to afford a fine, and were given a prison sentence instead.

Special drug courts and prisons that would expedite trials and separate drug traffickers from ordinary criminals have also long been proposed, as has a greater emphasis on rehabilitation to free up prison space.

Of course, enduring changes to the prison system require more money, but it’s clear that cash alone won’t be enough. In fact, a report from the lower house of the Mexican Congress recently determined that under Calderón, government spending on prisons nearly quadrupled, and yet the problem has worsened. As former security secretary Gertz told El Universal: “They think that by handing over more money to the jails the problem will be resolved, and it’s not like that.”