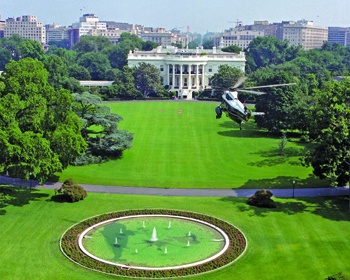 When it comes to diplomats commenting on the U.S. election, they don’t. That’s not to say they don’t have an opinion. A key part of their jobs is reporting on America’s presidential contest to their governments back home — trying to make sense of a race that has baffled Americans and foreigners alike.

But diplomats generally refrain from talking about the candidates in public, lest they appear to be interfering in America’s domestic politics — and potentially badmouthing a future president. Decorum necessitates discretion.

Anecdotal evidence, however, suggests that the possibility of Donald Trump capturing the White House has many diplomats on edge. The GOP candidate has inflamed Mexicans, Muslims, traditional allies and many others with his fiery rhetoric, and his grasp of foreign affairs pales in comparison to his established Democratic rival, Hillary Clinton (also see stories “Hawkish Ex-Secretary of State Clinton Vows to Work with Allies” and “Immigration Anchors GOP Candidate’s Foreign Policy Platform“).

A recent poll conducted by Ipsos, a global market and opinion research firm, on behalf of The Washington Diplomat confirmed these perceptions. The anonymous online survey sampled roughly 30 ambassadors from June 27 to July 29 and found an overwhelming majority — 60 percent versus 7 percent — would vote for Clinton over Trump if given the chance. Likewise, 77 percent of respondents described Clinton’s foreign policy credentials as “very strong,” while none said the same of Trump, with 73 percent calling his understanding of world affairs “not at all strong” (statistical margins of error are not applicable to online polls).

European diplomats tended to be the least supportive of Trump, with one ambassador anonymously labeling him “an idiot.” Another respondent described him as an “untrustworthy egomaniacal equivocator.” Conversely, Clinton — a known entity who has worked in government for years — was referred to as “predictable” and “stable.”

Trump has touted his unpredictability as an asset on the world stage, though that may be cold comfort to diplomats concerned by the populist, isolationist approach he espouses.

Some diplomats, however, pointed out that campaign rhetoric should be taken with a grain of salt — and Trump’s controversial positions may not indicate how he’d actually govern. Interestingly, three diplomats from the Middle East said they weren’t concerned about a Trump presidency. When one was questioned about Trump’s suggestion to restrict Muslims from entering the U.S, he said: “We don’t think he was serious. If you noticed, when he announced this, it was the first time he read from prepared remarks.” 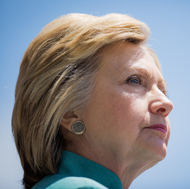 Extrapolating definitive conclusions about how ambassadors view each candidacy, however, is impossible, given the relatively small sampling size and anonymity of the results. But the survey does reveal some interesting clues into what issues are important to diplomats and which candidate might best promote those issues (Trump lost to Clinton on every issue).

“Given the lack of any other barometer for the opinion pulse of the diplomatic community, this limited study does provide unique insights into their general sentiment,” Ipsos’s Kaitlyn McAuliffe told The Diplomat. “In fact, 90 percent of respondents indicate that their home country is closely following the U.S. presidential election this year.”

She added that even though the internal policies of embassies prohibit them from publicly discussing U.S. politics, this study is unprecedented in the 2016 election cycle. “While 90 percent of respondents trust Hillary Clinton to maintain existing agreements and relationships, only 20 percent trust that Donald Trump would do the same,” McAuliffe said, pointing out the inescapable conclusion of the poll: “The findings of the study indicate the diplomatic community in the U.S. is more comfortable with the U.S. electing former Secretary of State Hillary Clinton than entrepreneur Donald Trump.” 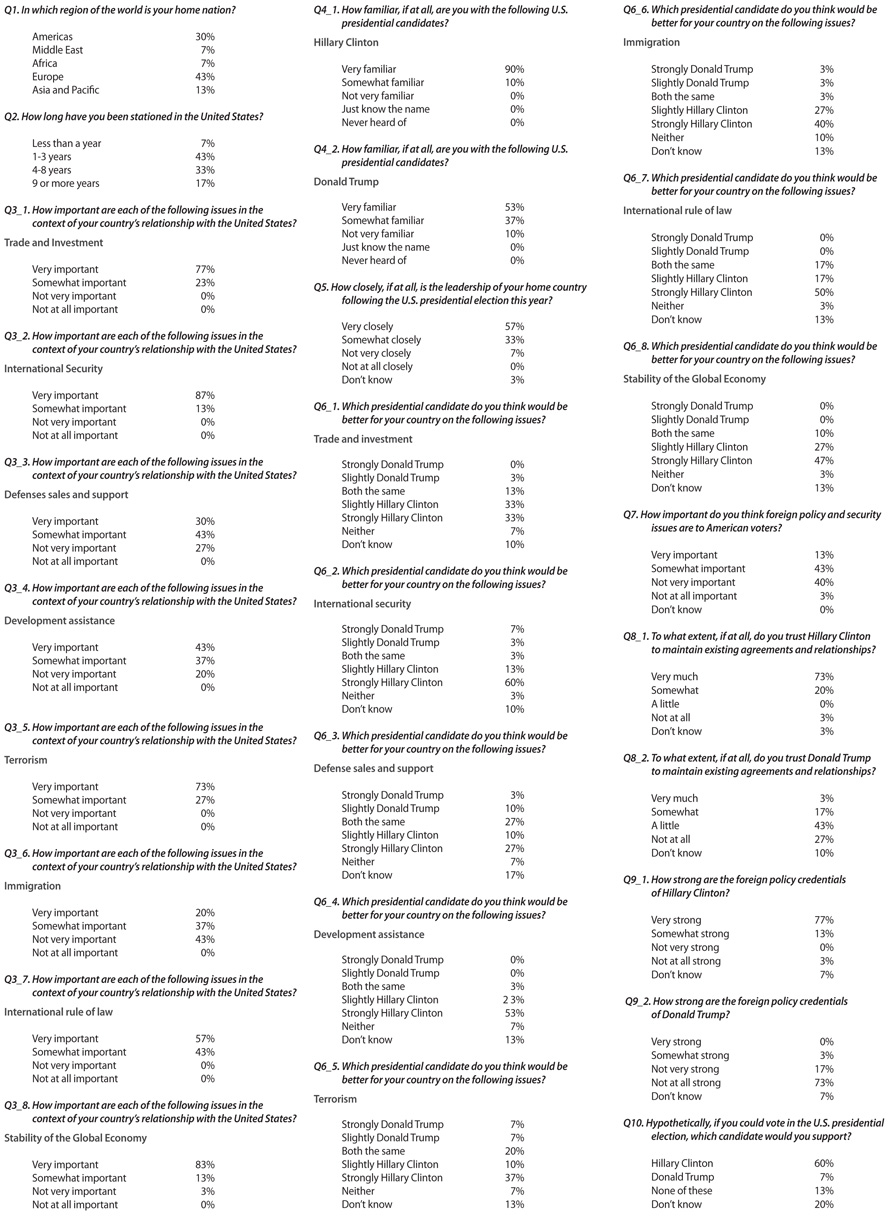