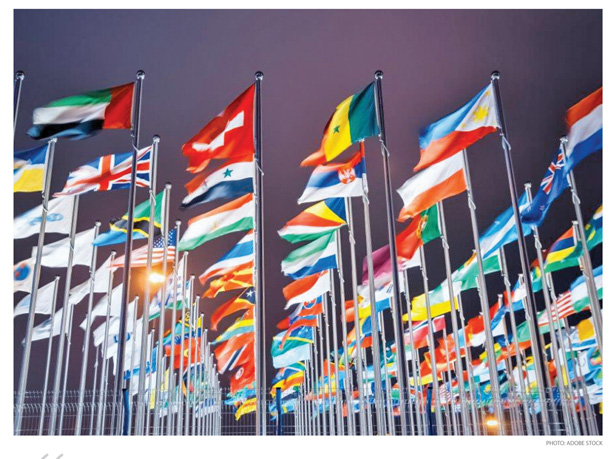 If half-numb from jet lag you’ve ever stared at the international commercials in an airport lounge TV, you’ve probably “learned a thing or two,” as they say in the Farmers Insurance ads.

India is “incredible.” Meanwhile, South Africa is “inspiring new ways.” And presumably once you’ve figured out how to get there, there’s “so much to discover” in Kyrgyzstan.

The advertisements are part of a wave of nation-branding campaigns that apply corporate branding techniques to enhance the reputations of countries in a bid to boost tourism, attract investment or simply garner political influence.

For years now, countries have distilled “the fundamental common purpose” of their identities into (sometimes too) flashy ads spotlighted on BBC World News, CNN International and other all-news networks. Certain countries, especially the new states of Eastern Europe, have achieved success in using nation-branding campaigns to revitalize tourism after decades of war and conflict. Other countries have used it to attract capital and stimulate investment in markets that have just begun to develop.

More nascent countries, meanwhile, are trying to put themselves on the map and stir name recognition.

“In a global marketplace, one of the most important assets of any state is encouraging inward investment, adding value to exports, and attracting tourists and skilled migrants,” says David Haigh, CEO of Brand Finance, which publishes an annual ranking of national brands.

To date, nation-branding campaigns, at least those that achieve airport lounge status, have primarily focused on U.S. business executives. Policymakers, opinion elites and the American people writ large have been only peripheral targets.

That’s quickly changing. The person who reinvented presidential politics is forcing global leaders to rethink how they engage in deliberations with the U.S.

Despite his Twitter-fueled rhetoric and a proclivity for picking undiplomatic fights, Donald Trump’s foreign policy has largely been conventional, if you can look past his disquieting ties to Russia, his controversial declaration that Jerusalem is Israel’s capital, his withdrawal from the Paris climate accords and Trans-Pacific Partnership trade deal and his decision to undercut the Iranian nuclear agreement. The president’s lengthy mid-autumn trip to Asia certainly came out of a traditional year-one playbook. As Politico recently observed, Trump has, “for all his fire and fury,” yet to change the conduct or trajectory of foreign policy. Yet, every country — whether friend or foe — is just 140 characters removed from presidential pique and the inevitable media scrum to follow.

Diplomats of all political stripes worry that Trump’s Twitter belligerence presents an unflattering image to the world and undermines the State Department’s capacity to negotiate, whether through official or back-channel diplomacy. Following one of Trump’s Twitter barrages on Russia and Vladimir Putin, White House Chief of Staff John Kelly advised people not to take the president’s tweets too seriously.


“The only thing maybe predictable about [Trump’s] foreign policy is that he says to the world, ‘I’m going to be unpredictable,’” Michael Anton, director of strategic communications at the National Security Council, told Susan Glasser for The Global Politico podcast. “[Trump] said he thinks that America has been too predictable, and I think he relishes that, to keep adversaries, competitors alike, sort of off balance.”

The denizens of Foggy Bottom have certainly gotten the message. “There’s a lot of unexpected things that happen to us in the world of diplomacy,” Secretary of State Rex Tillerson has said. “We know how to adapt to that, we know how to work with it.”

There’s also no mistaking that Trump’s Twitter diplomacy allows him to bypass the media and make a direct appeal to his base. If countries want to effectively navigate Trump’s impetuous nature, they need to mitigate the prospects of drawing his ire and insulate themselves by building a rapport directly with the American public. That makes their nation branding more important than ever, especially as the Robert Mueller investigation into the Trump team’s possible collusion with Russia intensifies.

What’s the best way beyond commercials and public affairs outreach to communicate with a larger American audience, especially for countries whose brand isn’t necessarily well known? To date, a handful of nations have experimented with nation-branding entertainment, such as movies and television shows, to appeal to a larger audience. The outcomes have been mixed, and occasionally, as in the case of a Cambodian attempt at nation branding through censorship, they’ve backfired.

Earlier this year, the Cambodian government banned the action film “Kingsman: The Golden Circle” because it portrayed the country as a base for a criminal drug ring. It’s not the first time Cambodia, and other Southeast Asian nations, have censored films or TV shows that depict them in an unflattering light, although such censorship itself often casts these nations in an even more unflattering light.

So how can countries convey their values and importance to American audiences? Marketing concept strategist and pollster Justin Wallin says that by cultivating decision-maker and grassroots support in the U.S., countries will be better-equipped to handle communication in a Trump era. “Trump’s Twitter diplomacy forces diplomats to go beyond the Beltway,” Wallin says. “Just as they consider a nation’s brand for tourism and investment, countries need to think of their brand in domestic political terms.”

“Nations will be better able to weather a diplomatic conflict or scandal if they’ve established an authentic, resilient reputation with the American people,” Wallin adds. “This may not be of interest to the likes of North Korea, but it certainly should be to most countries seeking improved diplomatic and economic relations.”

As veterans of corporate marketing campaigns appreciate, the process of enhancing public approval begins with researching public opinion – not only to measure levels of awareness, but also to gauge assessments about a country’s action or inaction. In turn, this can help guide key stakeholders, including business leaders and legislative decision-makers, as they work to build a broader diplomatic campaign.

Research conducted by Wallin’s company illustrates the need for countries to engage in nation branding. A survey of American voters fielded in late October 2017 revealed that 54 percent believe that China is more of an economic threat than a partner to the United States, a number that skyrockets to 75 percent when voters are asked about Russia, and that was before the Paul Manafort, et al., indictments were announced.

Yet Wallin’s research also indicates that 84 percent of those surveyed believe it is appropriate for a foreign country to communicate to the American people the benefits of a good relationship between that country and the United States, reinforcing the utility of strategic branding efforts. Just like with effective corporate branding, Wallin stresses the importance of an ongoing investment in nation branding, rather than reacting to a crisis.

“The mistake many countries make is waiting until a crisis or international incident to start investing in a national brand,” Wallin warns. “If you’re responding to a crisis, you’re already too late to build an effective brand.”

Marc A. Ross, the founder of Caracal Global, points to China as a nation that ought to be concerned about its increasingly unfavorable standing with the American public.

“It is time,” Ross maintains, “for those that care about a productive and engaged U.S.-China commercial relationship to take these polls seriously and engage Americans in Main Street coffee shops and at picnic tables for backyard summer BBQs.”

China isn’t alone. Beyond the inevitable fulminations against North Korea’s “little rocket man,” no one can predict Trump’s next international target on Twitter – which is even more reason for foreign leaders to redouble their commitment to nation branding.

Richard Levick (@richardlevick) is chairman and CEO of LEVICK, a global communications and public affairs agency specializing in risk, crisis and reputation management. He is a frequent television, radio, online and print commentator.