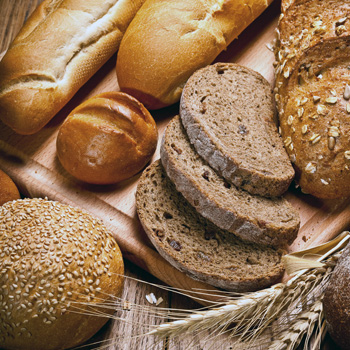 If you’ve been in the grocery store recently, you’ve probably noticed a lot more products bearing the label “gluten free.” It may be the biggest food-designation boom since organic came into vogue, with gluten-free foods representing more than 5 percent of food and beverage launches worldwide in 2009, and $1.5 billion in U.S. sales that year alone, according to food and beverage tracker Innova Database.

Moreover, gluten free doesn’t mean free of taste anymore. It’s gone from boring and stodgy to one of the hottest celebrity food trends around, with stars from Gwyneth Paltrow to Jennifer Aniston touting its benefits. Some celebs, like former MSNBC host Keith Olbermann, went gluten free for the medical reason originally behind the eating plan: He has celiac disease.

“The bottom line here, for somebody with celiac, even the slightest amount of wheat can be like poison … [with] all the things that can go wrong — internal bleeding, bone density loss, organ disorders, malnutrition, digestive problems of every kind,” Olbermann once said of his disease.

Celiac disease isn’t a food allergy though. It’s an inherited autoimmune condition in which the body has a toxic reaction to foods containing gluten (a protein found in wheat and related starches such as barley and rye), damaging the small intestine and preventing foods from being properly absorbed. Even small amounts of gluten can cause a dangerous reaction in someone with true celiac disease. It’s estimated that about one in every 133 Americans, or about 3 million people, has the disease.

But other prominent gluten-free groupies don’t necessarily have celiac. Paltrow, Aniston and others have jumped on the bandwagon to drop pounds and feel healthier. But like the Atkins carbohydrate fad, does that make sense?

Actually, it might, says Dr. Timothy Harlan, associate chief of outpatient programs and assistant professor of clinical medicine at Tulane University School of Medicine in New Orleans. Harlan is also a former restaurateur who hosts the “Dr. Gourmet” website and whose book “Just Tell Me What to Eat!” is out this month.

In a study published in January in the American Journal of Gastroenterology, Australian researchers followed a group of 34 men and women who did not have celiac disease (the disease is definitively diagnosed by an endoscopic biopsy — a tissue sample of the small intestine), but whose abdominal symptoms like diarrhea and bloating had been relieved by a gluten-free diet. Half of the study’s participants got two slices of gluten-free bread and one gluten-free muffin to eat daily, while the other half got the same breads and muffins — but with gluten added.

“If a patient of mine came in with irritable bowel syndrome or other gastrointestinal distress, and I couldn’t actually diagnose him with celiac, I might suggest that they try gluten free,” said Harlan. “I probably wouldn’t have said that two years ago. But the thing is that there’s no such thing as partially gluten free. You have to be very strict about it.”

That said, Harlan notes, gluten intolerance or celiac disease is not like some food allergies, such as peanut or shellfish allergies, in which cross-contamination can be dangerous for the severely allergic. Indeed, as mentioned before, it’s not a food allergy at all but an autoimmune condition.

“There’s really not a risk from cross-contamination,” he said. “There are even some products like gluten-free makeup, which is unnecessary. Most studies have found that about five milligrams a day or more of gluten is what causes the problem. That’s a pretty small amount — it’s not like you can have a slice of bread, but it works out to about one-eighth of a teaspoon of flour. And you have to consume the gluten, not just be exposed to it or have it on your skin.”

If you’re interested in going gluten-free, there are many delicious recipes on Harlan’s Web site, www.drgourmet.com; free registration provides you with a diet plan that you can customize as gluten free. But check with a dietitian, Harlan cautions. “Studies have found that people on gluten-free diets tend to get less fiber and to be deficient in certain minerals, as well as getting more of their calories from sugar,” he said. “A dietitian can help you make sure you’re getting the nutrients you need.”