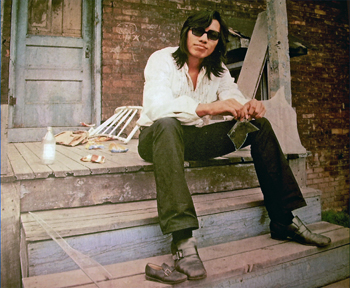 Also See:
‘Ai Weiwei: Never Sorry’ and ‘Nobody Else But You’ and Repertory Notes

Two fans try to uncover what happened to folk singer Rodriguez, who fell into musical obscurity in the United States but became a huge hit in South Africa, in the documentary “Searching for Sugar Man.”

In the 1970s, American folk singer Rodriguez released critically acclaimed albums that barely registered any sales at U.S. record stores. He disappeared from the little public notice he ever received as his career dissipated, leaving behind hearsay of an untimely demise. Meanwhile, his albums became huge hits in South Africa, though he was completely unaware of his stardom in the country that was then largely isolated from the international community.

His music’s anti-authority themes resonated with the white, liberal portion of the population opposed to apartheid. For them, Rodriguez was as big as the Beatles and Simon and Garfunkel. Yet South Africans knew next to nothing about one of the most popular musicians in their land. After the belated CD release of Rodriguez’s second album, a pair of determined fans decided to follow the money from South Africa to the United States on a not-quite-so quixotic quest to find answers about their enigmatic hero. The truth they discovered was unbelievable — and in many ways better than they could have ever expected. 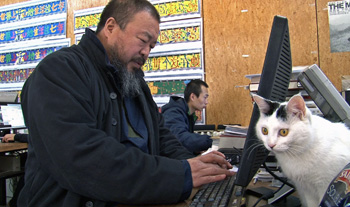 At the 2012 AFI-Discovery Channel Silverdocs Festival, “Ai Weiwei: Never Sorry” made its long-awaited D.C. area premiere, satisfying a company town where politics is the dominant local business. The astonishing documentary’s larger-than-life subject, Ai Weiwei, serves as one of the most prominent leaders of the political opposition in China, a position he has gained leveraging his status as China’s pre-eminent contemporary artist — and vice versa. Ai has redefined the maxim that all art is political.

Ai’s dissident art is exemplified by his photographs of his middle finger raised before Tiananmen Square and other iconic sites. As the film opens in 2009, Ai is seen prepping for his well-publicized “Sunflower Seeds” exhibit at the Tate Modern’s Turbine Hall in London, which raises his pedestal in the international art world and corresponding political standing.

As a freelance journalist in China from 2006 to 2010, first-time filmmaker Alison Klayman happened to be in the right place at the right time, obtaining intimate access to the artist, his family, and close companions and colleagues. Perhaps she actually had too much footage with which to work. She directed, produced, shot and co-edited “Ai Weiwei: Never Sorry,” which may not be the most polished of documentaries, but the wildly compelling subject matter overcomes those limitations.

Ai first gained international notoriety in 2008 as a designer of the “Bird’s Nest” Olympic Stadium in Beijing, seen around the world as a historically important steppingstone for China onto the world stage. Yet instead of currying easy favor with the ruling party bosses, Ai criticized the Olympics as Communist propaganda. He boycotted the opening ceremonies as a public protest against the impoverished local residents evicted from the site of the new stadium.

Ai’s long-running 2008 Sichuan earthquake crusade sharply rebuked the deaths of more than 5,000 students buried when poorly built government schools collapsed. To counter the government’s cover-up, Ai traveled to Chengdu in August 2009 to document the aftermath. At his “So Sorry” show in Munich, he displayed the students’ backpacks intermingled with the debris from the earthquake. He compiled a list of victims that the government refused to publish. And he encouraged his legion of Twitter followers to record their voices saying a name of a victim, creating a massive, interactive art piece. The furious authorities sent the Chengdu police to beat him, a process that he captured and turned into a sort of performance art when he sued his attackers.

Most recently, on April 3, 2011, on the way to Hong Kong, Ai was arrested at the airport in Beijing and vanished for 81 days, leading to an international cause célèbre in which Secretary of State Hillary Clinton called for his release. The police investigated his “economic crimes,” resulting in a $2 million bill for alleged back taxes and penalties. The unapologetic artist observed, “Maybe to be powerful is to be fragile.” Yet he proclaimed, “Never retreat, retweet.” 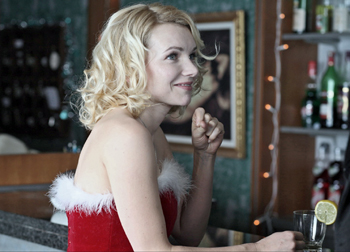 Sophie Quinton is a small-town beauty who believes she’s the reincarnated spirit of Marilyn Monroe in “Nobody Else But You.”

“Nobody Else But You,” French writer-director Gérald Hustache-Mathieu’s thoroughly enjoyable comedy thriller, recalls the quirky dark humor of the Coen Brothers, notably “Fargo” with its imposing winter scenery. The refreshing murder mystery also borrows successfully from the surrealist nature of David Lynch’s “Twin Peaks.” In the end, however, perhaps the most prominent American icon is the enduring specter of Marilyn Monroe as the classic sex symbol of the cinema.

“Nobody Else But You” manages to fuse these cultural elements into a well-oiled package driven by Pierre Cottereau’s lavish cinematography and powerful performances from the lead actors.

David Rousseau (Jean-Paul Rouve), a successful Parisian author of crime novels, is plagued by fatigue and writer’s block. “California Dreamin'” plays on the car radio as he drives around the remote, über-frozen mountain village of Mouthe, known colloquially as “Little Siberia,” situated in the Jura region on France’s border of Switzerland. In town to claim an inheritance, Rousseau nearly slips on the dead body of local beauty Candice Lecoeur (Sophie Quinton), best known as a weather girl and as the sexy face of the popular cheese called “Belle de Jura” (an ode to Luis Buñuel).

When Lecoeur was alive, she thought of herself as Marilyn Monroe’s reincarnated spirit. Lecoeur was born Martine Langevin, a plain brunette transformed into a blonde bombshell after being discovered at her family’s filling station by a photographer, followed by a nude calendar shoot that started her path to local celebrity. She suffered through shaky marriages as well affairs with the charismatic president of the region, Jean-François Burdeau, aka JFB (Ken Samuels), along with his brother Bernard-Olivier Burdeau, aka BOB (Antoine Chappey), the local prefect. Sound familiar?

After a cursory investigation, sketchy-looking police Commandant Colbert (Olivier Rabourdin) determines that Lecoeur took sleeping pills to commit suicide. Though the villagers don’t question the hasty conclusion, Rousseau doesn’t buy it for a second. He puts on his amateur gumshoe hat and gets to work discovering the facts, assisted by a sincere young police officer, Brigadier Bruno Leloup (Guillaume Gouix). The truth turns out to be stranger than fiction, providing good fodder inspiring Rousseau to write his next book.