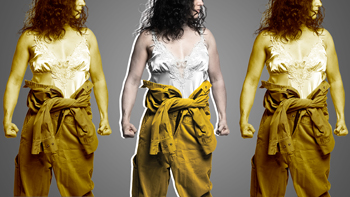 The Women’s Voices Theater Festival will present over 50 world premieres of original works by female playwrights, including “Ironbound” by Polish playwright Martyna Majok.

There’s a quiet fact of theater life that many people don’t realize: Plays in America are disproportionately written by men, not women, even though women make up a large share of the audience. But an unprecedented festival in the nation’s capital, loud in its ambition and scope, is putting women center stage.

The Women’s Voices Theater Festival — scheduled for September and October in theaters throughout the D.C. area — will present more than 50 world premieres of original work by female playwrights.

The large-scale collaboration among professional theater companies is the first of its kind to address the fact that there is a serious lack of plays written by women, say festival creators.

Only 22 percent of 2,508 contemporary productions by nonprofit theater companies nationwide between 2011 and 2014 were written by women, according to a recent study by the Dramatists Guild of America.

The artistic directors of D.C.’s largest theaters — Arena Stage, Ford’s Theatre, Round House, Shakespeare Theatre Company, Signature Theatre, Studio Theatre, and Woolly Mammoth — organized the festival in response to this gaping gender disparity. In addition to a kickoff party at the National Museum of Women in the Arts, the festival will host a variety of workshops and discussions covering such topics as gender parity, female leaders in the entertainment industry and feminist theater.

First lady Michelle Obama will serve as honorary chair of the festival, which in addition to local and national playwrights from the U.S. will feature talent from countries such as Australia, Brazil and Poland. Although many of the plays will be produced by larger, well-established theaters, the festival will also showcase lesser-known companies.

One such company is Pointless Theatre, a small local troupe comprised of University of Maryland alumni that’s known for its innovative use of puppetry. They will present “Gimme a Band, Gimme a Banana! The Carmen Miranda Story,” written by Mel Bieler and Patti Kalil, both female Brazilian Americans. The original piece explores a tense yet revolutionary period of U.S.-Latin America relations by examining the life of 1940s Hollywood bombshell Carmen Miranda, one of the first Latina performers to immigrate to the United States and become a household name. 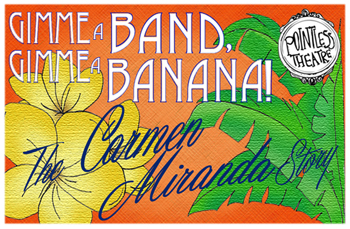 “This festival, created by a handful of larger D.C. theaters, invited everyone who wanted to participate,” said Kalil, who is the co-founder of Pointless Theatre with Matt Reckeweg. “When we got the email we were already thinking about a show about Carmen. As far as I know, our theater is one of the few involved in the festival that is puppetry-based. We never sent in a script. The only rules I know of are that the play has to be a world premiere and had to have been written by a woman.”

“Gimme a Band” is a musical that relays the seldom-told story of Miranda, a Portuguese-Brazilian singer, dancer and actress who was often cast in movies as an unflattering stereotype of Latin culture, Kalil told The Washington Diplomat.

“The problem with stereotypes is not that they are untrue, but that they are incomplete; they make one story become the only story,” Kalil said, quoting the Nigerian novelist Chimamanda Ngozi Adichie.

“Gimme a Band,” with half of its songs in Portuguese, is also meant to reach out to the Latino community and break down cultural stereotypes.

“With ‘Gimme a Band,’ we are able to dive into cultural identity and racial issues,” Kalil said. “We realized Carmen Miranda is a great example of the exploitive nature of Hollywood and the entertainment industry that sexualized a Latino fashion icon as stereotypically loose and exotic, and who wore giant fruit hats.” 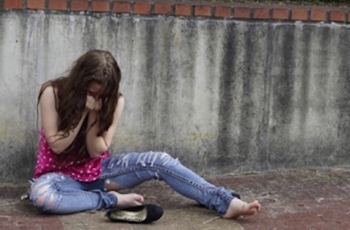 Patricia Henley’s “If I Hold My Tongue”

Kalil referenced a quintessential moment in Miranda’s career in the 1943 movie “The Gang’s All Here,” which featured her singing the memorable “The Lady in the Tutti Frutti Hat.” The number was laden with sexual innuendo, as dozens of scantily clad women danced around her handling large bananas.

Kalil said this “ridiculous, over-the-top portrayal” was reflective of how many Americans viewed Latin America during the 1940s.

“This goes back to World War II. During this time, President [Franklin] Roosevelt created the Good Neighbor policy, which opened up Latin America for tourism as a way to get the continent to be an ally during the war. Miranda was brought to us at that time as a symbol of that new relationship and as a distraction for Americans during the war,” Kalil explained.

“However, the moment World War II ended, her career went downhill. What’s more, civilians back home became bitter of her image in the U.S. and booed her off the stage. In the ’50s, right before she died at the age of 46, she was at the lowest point in her career.

“For us, it was really important to tell her story in a way that didn’t celebrate her career, but made a critique of everything she went through,” Kalil said.

The subject matter of the plays in Women’s Voices spans the emotional spectrum, from weighty topics like cultural assimilation and single motherhood to comedic takes on sobriety and beauty.

In “Ironbound” by Polish playwright Martyna Majok, a hard-working Polish immigrant mother works her way through three relationships in the span of 22 years to discover the true meaning of love. Meanwhile, “Lady Lay” by Illinois native Lydia Stryk transports viewers to 1989 Berlin, where a career clerk hears Bob Dylan for the first time and sets off on a personal post-Cold War journey. British playwright Ursula Rani Sarma offers up “The Magic Tree,” the story of love born in an abandoned summer home on a stormy night in Dublin. And four prostituted women struggle to leave their street life behind in a Baltimore halfway house in “If I Hold My Tongue.”

The breadth of plays is a testament to the diversity of women’s voices in a male-dominated field that has not always listened to them. But an audacious theatrical undertaking is, at the least, opening up a long-overdue conversation about how to change that.