Home The Washington Diplomat March 2014 With Theater Festival, All the Kennedy Center’s a Stage 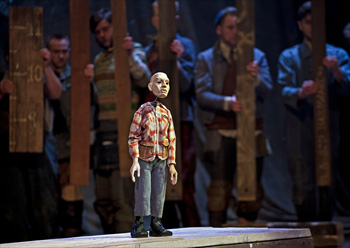 Shakespeare was onto something when he said, “All the world’s a stage,” but it’s the Kennedy Center that’s bringing the world to the stage.

Adams and her team spent three years researching options and traveling around the world to bring the festival to fruition.

“I wanted to have all of the continents represented,” she told us. “So, from the menu that was available, I was able to decide on countries and match productions.”

For instance, the festival will feature the U.S. premiere of “Savannah Bay,” performed in French with English supertitles by the Théâtre de l’Atelier (March 19 to 22 at 7:30 p.m.). It tells the story of a young woman trying to find out why her mother committed suicide the day after her birth. 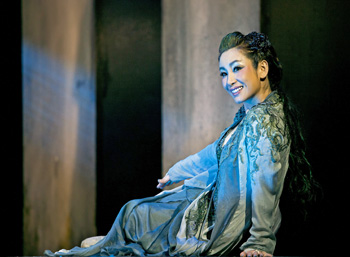 Among the productions in “World Stages: International Theater Festival 2014” is the National Theatre of China’s “Green Snake.”

“A Midsummer Night’s Dream” (March 20 to 22 at 7:30 p.m. and March 23 at 1:30 p.m.) provides lighter subject matter. In this remake of Shakespeare’s romantic comedy by England’s Bristol Old Vic in association with South Africa’s Handspring Puppet Company, a belief in fairies isn’t superstition but a magic lore encoded in the routines of a community living on the edge.

Magic also makes an appearance in the National Theatre of China’s U.S. premiere of “Green Snake,” a tale of two snake spirits and forbidden love directed by Tian Qinxin, one of China’s most highly acclaimed female directors (March 27 to 29 at 7:30 p.m. and March 30 at 1:30 p.m.).

Beyond the theater productions are free events such as staged readings. Iraq and Canada teamed to present “Fallujah” (March 29 at 3 p.m.), a contemporary chamber opera that studies the effects of the Iraq War.

“I think it is such a unique opportunity to see all of these great productions here,” Adams said. “I hope that people will be stimulated by the work. I hope that audiences will have learned something about the work that exists in countries represented. And I want audiences to enjoy the experience of seeing such diverse theater.” 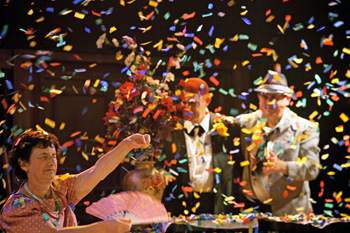 The Kennedy Center collaborated with many embassies on the project. For instance, the Embassy of Israel’s Cultural Department worked with the center for more than a year to facilitate the production of “Not By Bread Alone” (March 25 and 26 at 7:30 p.m.), performed by the Nalaga’at Theater Deaf-Blind Acting Ensemble, said Sarit Arbell, director of cultural affairs at the embassy.

In it, a group of 11 deaf and blind actors offer a glimpse inside their world through the process of making bread. As they prepare it, they reenact memories, dreams and happy times.

The ensemble, founded in 2002, is the world’s only theater ensemble of its kind. “The play is a window into Israeli society,” Arbell said. “As a whole, the Israeli people are not only creative and innovative but deeply committed to social justice. It doesn’t matter if you are deaf or blind, in Israel you have an opportunity to shine.”

Australia is represented by “Rupert” (March 12 to 15 at 7:30 p.m.), the U.S. premiere of a play by David Williamson, one of the country’s best-known playwrights, that takes on media mogul Rupert Murdoch. Performed by the Melbourne Theatre Company — Australia’s oldest professional theater company — “Rupert” examines the Australian native and the man behind News Corp., one of the world’s largest media conglomerates. 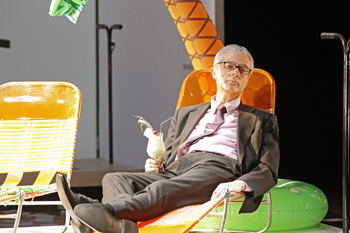 “‘Rupert’ takes a look at media and politics in a lighthearted way, yet covers issues that transfer across many countries,” said Teresa Keleher, cultural attaché at the Embassy of Australia. “This performance is absorbing, very funny and theatrical, and showcases renowned playwright David Williamson at his best.”

The festival is a great way for audiences to learn about other cultures, the Israeli Embassy’s Arbell said.

“The ‘World Stages’ festival demonstrates diversification,” Arbell said. “Art is the language of the heart, a universal language that can bridge disparate cultures.”

And Washington is the ideal place for this type of festival, the embassy officials said.

“D.C. is a hub of international dialogue in the U.S., and so this forum is the perfect place to enjoy the world on stage,” Keleher said.

“D.C. has a tremendous international presence,” Arbell added. “It’s a diverse city with a strong arts scene, and the Kennedy Center is its anchor.”